Shikha Pandey's omission a tough call but she is not dropped: Harmanpreet

Indian women's ODI team vice-captain Harmanpreet Kaur on Friday said it was a "tough call" to leave veteran pacer Shikha Pandey out of the upcoming limited-overs series against South Africa but she has not been dropped for good.

Australia skipper Aaron Finch on Thursday became the first batsman from his country to smash 100 sixes in T20Is. He achieved the milestone in the fourth T20I against New Zealand here at the Sky Stadium.

Stick to professional duties: Rijiju advises coach Boe for remarks on IT raid

Sports Minister Kiren Rijiju has reacted sharply to foreign badminton coach Mathias Boe's comments on the IT raid at properties of his actor partner Taapsee Pannu, saying the Dane must stick to his professional duties instead of commenting on matters which are not his domain. Boe had requested Rijiju to help Pannu after the IT department raided properties linked to her over alleged tax evasion.

Give Smith the captaincy if he wants it: Khawaja

Former Australia batsman Usman Khawaja has called for Steve Smith to take back the captaincy of the Test side once Tim Paine's tenure is over.

Former India captain Bishan Singh Bedi, who underwent a surgery to remove a blood clot in his brain a few days ago, has been shifted to a private room from the Intensive Care Unit (ICU) and is doing well, a source close to the legendary spinner said.

England's batsmen on Thursday produced a shoddy performance to surrender the momentum to India with Axar Patel and Ravichandran Ashwin calling the shots on the opening day of the Test here. After five innings, England crossed the 200-run mark when the managed a total of 205 in 75.5 overs before being bowled out.

Alexis Sanchez struck twice in the second half for his first brace in the Inter Milan jersey as his side moved six points clear at the top of Serie A with a 2-1 win over Parma on Thursday.

Jurgen Klopp admitted Liverpool's 1-0 defeat against Chelsea was a "massive blow" as his troubled club lost five successive home games for the first time in their history. 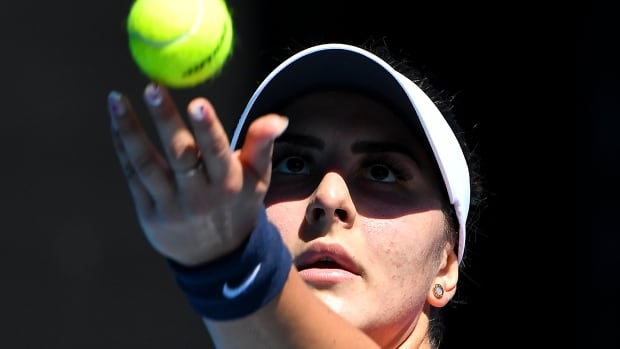 Bianca Andreescu fell just as quickly as she rose — can she rise again?

Sports/Tennis: Even in 2019, amid her remarkable rise, Bianca Andreescu’s availability was a constant question. Now, following her six-match return in Australia and another layoff, should there be cause for concern?

Japan to extend Tokyo area state of emergency to March 21

ICC|: Kolkata: Can Temba Bavuma, who was appointed as the first black captain of South Africa in white ball formats till the 2023 ICC World Cup on Thursday, do a Siya Kolisi? It could be a dream-come-true for the chequered social history of the rainbow nation but as of now, the odds seem to be stacked against the diminutive batsman. It was a historic occasion when Cricket South Africa named new captains in both formats as a replacement for Quinton de Kock, who wanted to be relieved from the pressures of captaincy and focus as a player. While Bavuma was named as the permanent leader in what would be a demanding period for the country with two T20 World Cups looming and the next 50-overs showpiece in India in 2023, Dean Elgar has been named as captain of the Test team. READ MORE South Africa angry as Australia pull out of tour at short notice South Africa's Faf Du Plessis retires from Tests to focus on T20 World Cups Pakistan end South Africa's unbeaten Asia record with T20 series win The choice of Bavuma may be politically a correct one, but it would be nothing short of a miracle if the 30-year-old can emulate Kolisi, who became the first black captain of the country’s rugby union team and led the Springboks to triumph at the 2019 World Cup in Japan? The firepower of the rugby squad, who have now the showpiece three times (highest by any team along with the All Blacks), is several notched above the cricket team - which has lost valuable ground over the last few years with the retirement of some of their stalwarts like AB de Villiers, Faf du Plessis (he will only play T20s now) and the great Dale Steyn. The Proteas, who always used to be in the reckoning as one of the favourites in both the 50-over as well as T20 World Cups, have never won a major ICC tournament before despite some of the biggest names of the game adorning their squads since their comeback after the sporting exile since 1992. The ‘chokers’ tag hence has never gone away from them, despite their cricket establishment trying to address this issue with the appointment with mental coaches like countrymen Paddy Upton and explorer Mike Horn? “I understand the deeply-rooted significance of being the first black African captain to lead our country,” Bavuma said, also responding to some of the questions in the indigeous Xhosa language, the first for any South African captain. Siya Kolisi (centre), South Africa's first black African captain for the rugby union team, celebrates with team members after winning the 2019 World Cup in Japan. Image Credit: AFP “You don’t have to look too far at our history and our political situation. I can completely understand why people in our country would celebrate it for what it is,” said Bavuma, in an obvious reference to the painful history of racism in the country, where the African National Congress-led government has now made it manadatory to have a balance in the racial profile of national teams in high profile disciplines like cricket or rugby. There have been a counterpoint that meritocracy should be the criterion for selection of players, but the scars run so deep that attempts to address the racial prejudice had failed to improve the reality on the ground. Eeven as recently as in 2020, former South African wicketkeeper Thami Tsolekile joined Makhaya Ntini and Ashwell Prince in alleging how he was deprived of his place in the squad during the long reign of Graeme Smith as captain. While Bavuma may be the first black African captain to don the prestigeous role, this is not the first time a non-white has been appointed for the top job. Mixed-race players Prince, JP Duminy and Justin Ontong have previously captained a South Africa cricket side on a temporary basis. Hashim Amla, the first Asian to play for South Africa, has also captained his country in all three formats. Prince, in fact, was the first mixed-race player to captain South Africa when he led them for two Tests in Sri Lanka in 2006, while Graeme Smith was injured. It would be, then, interesting to see if Bavuma can lead the turnaround - or would it be a further slide of one of the most fascinating cricket teams in the world. Who is Temba Bavuma? Temba Bavuma, 30, has been a gritty batsman of South Africa’s Test team since 2014-15 but only established himself in the white ball team during the 2019-20 season, ironically after briefly being left out of the Test side after injury and a poor run of form. Bavuma said he had always believed he had the ability to perform in limited overs cricket and admitted it had been frustrating to have to wait to prove it. In just six One-day Internationals, he has an average of 55.83 while in eight T20 internationals he has an average of 35.57 with an impressive strike rate of 133.15. “I guess it has been a revelation for people to see a different side of my game,” he said. Bavuma, who will be vice-captain of the Test team, is also captain of the Lions franchise team and led his side to victory in a Twenty20 tournament which finished last Sunday.

Fans will be allowed to attend Formula One's season-opening Bahrain Grand Prix this month if they are fully vaccinated against COVID-19 or have recovered from the virus, organisers said on Thursday.

Tottenham edge past Fulham thanks to Tosin Adarabioyo own goal

Tottenham Hotspur rode their luck in the quest for a top-four finish in the Premier League with a 1-0 victory at Fulham on Thursday thanks to an own-goal by Tosin Adarabioyo and the intervention of the Video Assistant Referee (VAR).

Temba Bavuma said on Thursday that he accepted the responsibility of being appointed as South Africa's first black African cricket captain.

Chelsea gained the upper hand in a tight battle for a place in next season's Champions League by inflicting Liverpool's fifth consecutive home defeat as Mason Mount's winner earned a 1-0 win on Thursday.

It felt good to get Joe Root: Mohammed Siraj

The joy in Siraj's tone was palpable when he started explaining how he had gone about planning Joe Root's wicket. "Ball baar baar bahar nikaal raha tha, aur phir ek andar leke aaya. Bahut acha laga jab woh wicket mila (was constantly getting the ball to move away and then brought one in. Felt very good picking that wicket)," he said.