G7 leaders on Sunday backed Japan's staging of the Olympics and the Paralympics, after the global sports extravaganza was delayed for a year because of the coronavirus pandemic.

Novak Djokovic claimed a 19th Grand Slam title and became the first man in 52 years to win all 4 majors twice when he came from two sets down to beat Stefanos Tsitsipas in a gripping French Open final. The world no.1 triumphed 6-7 (6/8), 2-6, 6-3, 6-2, 6-4 over the Greek 22-year-old who was playing in his first Slam final. Djokovic is now just one major away from equalling the all-time record of 20, jointly held by Roger Federer and Rafael Nadal.

Legendary athlete Milkha Singh's wife Nirmal Kaur passed away on Sunday after a prolonged battle against Covid-19. Kaur, a former Indian women's volleyball team captain, was admitted to the Fortis Hospital in Mohali on May 26 with Covid pneumonia, a couple of days after her husband was admitted to the same hospital.

England great Alastair Cook delivered a stinging rebuke to the current team's batsmen by saying they "can't handle" the pressure of Test cricket as they suffered a humiliating series loss to New Zealand at Edgbaston on Sunday.

Raheem Sterling finally found his tournament touch when his goal gave England a deserved 1-0 win over Croatia at Wembley on Sunday as they began a European Championship with a victory for the first time in nine attempts.

WTC Final: Heavy-scoring Indians have an edge over NZ batsmen

With less than a week to go before the start of the World Test Championship (WTC) final between India and New Zealand, the Indian batting unit looks better and more experienced than the opposition. While India have as many as five batsmen among top 15 top scorers in the World Test Championship, New Zealand have none. The WTC cycle began on August 1, 2019, during the Ashes.

The ICC on Sunday inducted 10 icons of the game, including India's Vinoo Mankad, into its illustrious Hall of Fame with two players each from five eras, dating back to cricket's early days, making it to the list. The announcement coincided with the inaugural World Test Championship final, to be played between India and New Zealand from June 18 in Southampton.

Eriksen had cardiac arrest but test results are normal: Doctor

Denmark's Christian Eriksen suffered a cardiac arrest when he collapsed during his side's Euro 2020 opening match against Finland, his team's doctor confirmed on Sunday, but the reason remained unclear.

'No explanation' yet for Eriksen's collapse: Team doctor

Denmark's team doctor said on Sunday there was still "no explanation" for why midfielder Christian Eriksen collapsed during his country's opening Euro 2020 game against Finland.

Much to the cricket community's relief, South African star Faf du Plessis on Sunday said he was back from the hospital and "recovering", after suffering a concussion during his team Quetta Gladiators' PSL match against Peshawar Zalmi here. Du Plessis eventually got on his feet and walked back to the team dugout before being taken to hospital for scans. 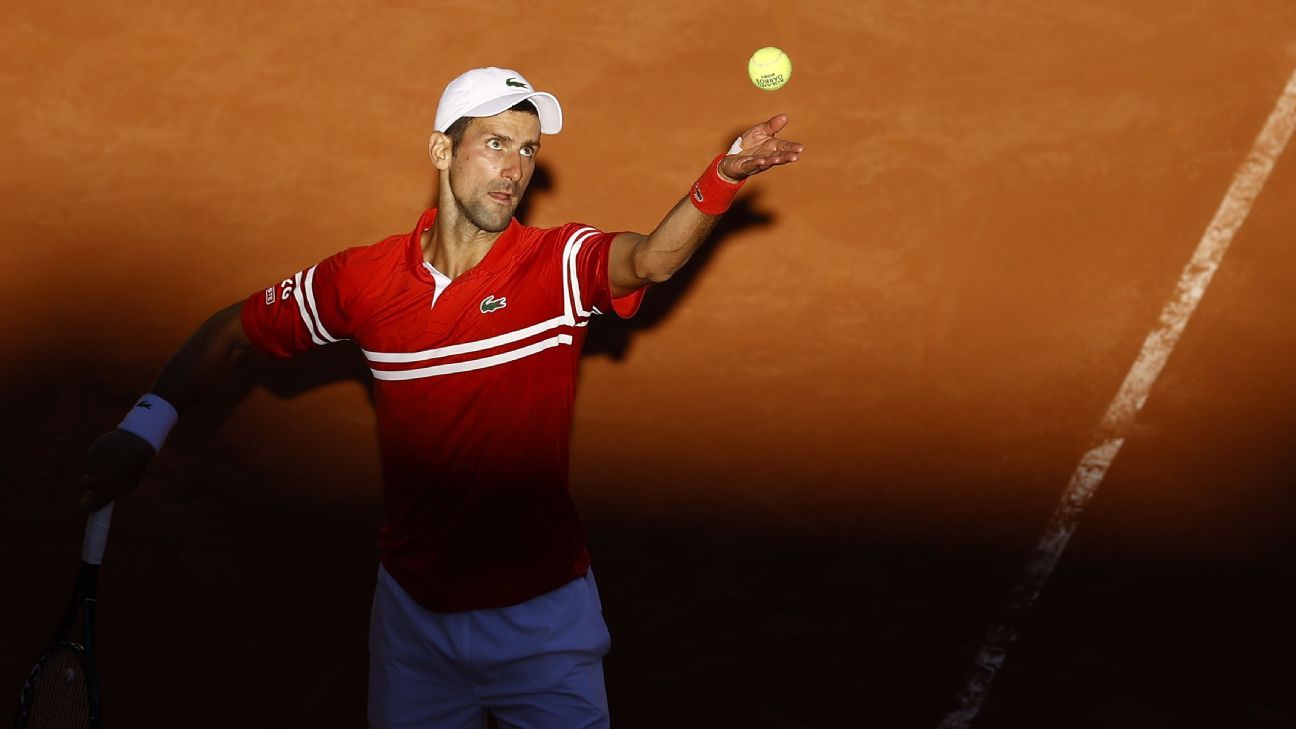 How did Novak Djokovic pull off his comeback victory over Stefanos Tsitsipas? From conditioning to his opponent's nerves, here are the keys to his 19th Grand Slam title.

India's Test vice-captain Ajinkya Rahane believes that a batsman who loves challenge will relish the unpredictable conditions in England and said the key to achieve success there is to play straight and close to the body.

New Zealand on Sunday toppled India to become the number one ranked Test team in the world. The Kiwis achieved the feat after defeating England 1-0 in the two-match Test series on Sunday. New Zealand now has 123 points in ICC Team Test Rankings while India has 121 points and is positioned at the second spot.

Sweden captain Sebastian Larsson has sent his team's best wishes to Danish playmaker Christian Eriksen following his collapse during the match against Finland in their Euro 2020 opener in Copenhagen on Saturday.

French Open organisers defended their handling of the Naomi Osaka situation on Sunday but accepted that the governing bodies need to do better on mental health issues following the Japanese player's exit from the Grand Slam over her media boycott. 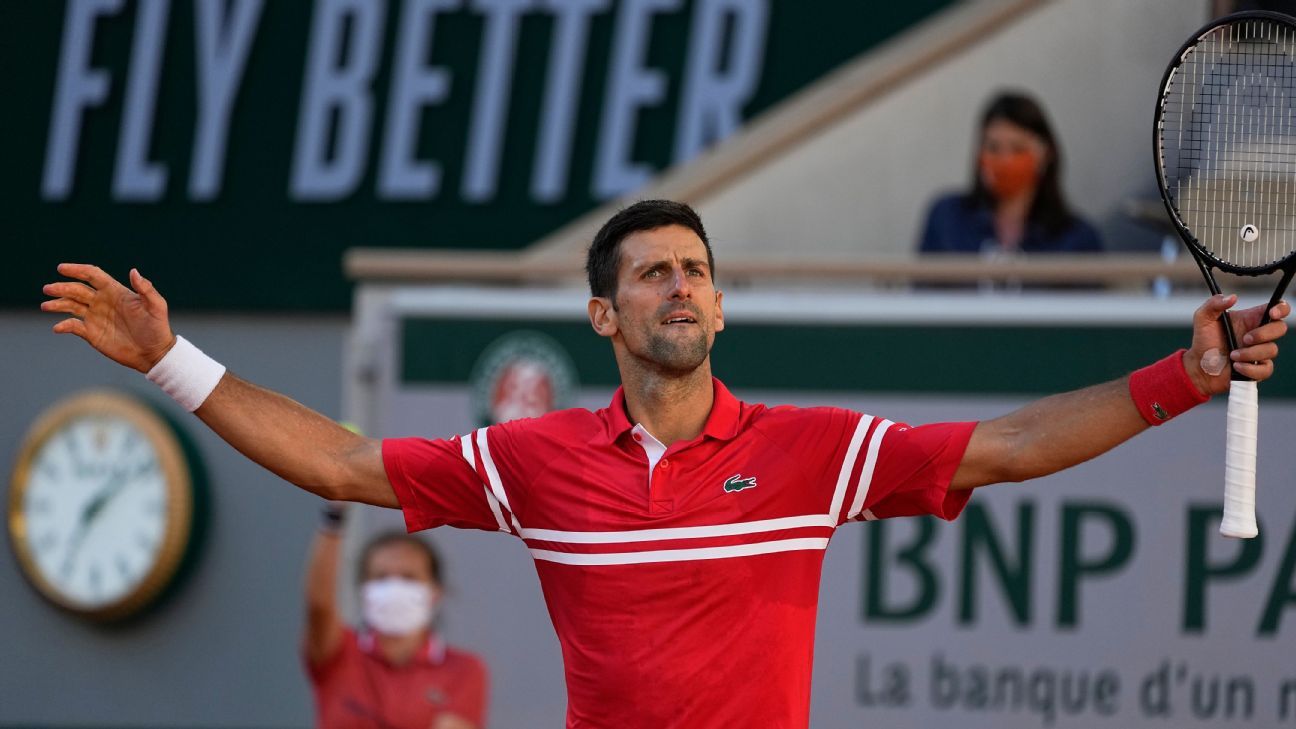 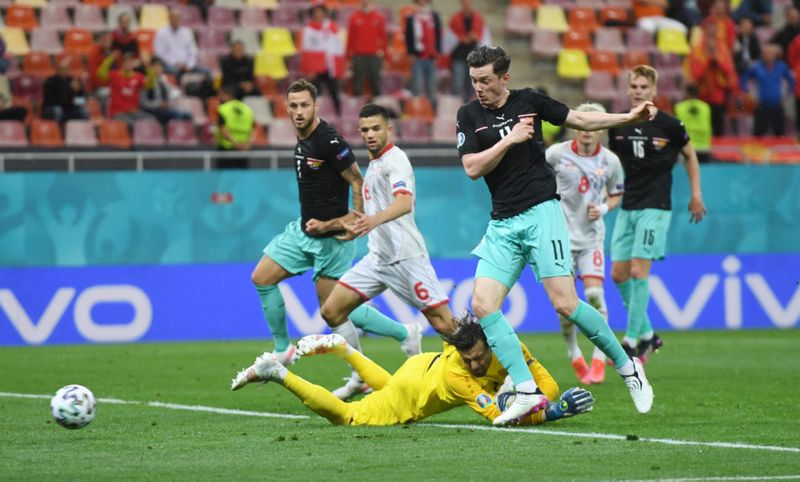 Football|: Bucharest: Substitutes Michael Gregoritsch and Marko Arnautovic scored late goals as Austria sealed a 3-1 victory over major tournament debutants North Macedonia in their Group C opener at Euro 2020. Stefan Lainer put the Austrians ahead early on in Bucharest, but 37-year-old captain Goran Pandev levelled before the half-hour mark to become the second-oldest scorer in Euro history and delight the vocal Macedonian fans. But Gregoritsch diverted home the deciding goal 12 minutes from time and Arnautovic added a third to ensure Austria claimed their first-ever European Championship win and struck first blood in a group also containing the Netherlands and Ukraine, who meet in Amsterdam later in the day. Austria next visit the Dutch on Thursday, while North Macedonia stay in the Romanian capital to face Ukraine. Against run of play After a bright start by Igor Angelovski’s Macedonians on Sunday, Austria struck against the run of play in the 18th minute as right-back Lainer met Marcel Sabitzer’s cross at the back post to volley past goalkeeper Stole Dimitrievski. Lainer celebrated by holding up a shirt with the words “Eriksen stay strong” after Denmark midfielder Christian Eriksen suffered a cardiac arrest in their game against Finland on Saturday. It was the first time Austria had taken the lead in a European Championship game. They quickly threatened a second goal as Sasa Kalajdzic turned Sabitzer’s pass too close to Dimitrievski. But North Macedonia continued to press and levelled in the 28th minute as Austria goalkeeper Daniel Bachmann lost the ball as he slid out to collect it after some comical defending, and Pandev gleefully accepted the gift to slot into an empty net. It was a record-extending 38th goal for the former Inter Milan forward for his country, making him the second-oldest player to net in the tournament after Austrian Ivica Vastic at the age of 38 against Poland in 2008. Austria coach Franco Foda sent on Arnautovic and Gregoritsch as his side dominated the early stages of the second half, but North Macedonia remained a danger on the break and Boban Nikolov was denied on the hour mark by an onrushing Bachmann. Palmed away Minutes later it was Austria who almost forged ahead, but Gregoritsch’s header was excellently palmed away by Dimitrievski. Neither side sat back to protect their point, but it was the underdogs who continued to look threatening and Ezgjan Alioski and Eljif Elmas both had efforts well blocked. Austria’s quality shone through in the closing stages, though, as Gregoritsch nipped ahead of Dimitrievski to stab home David Alaba’s low cross. In the 89th minute, Shanghai Port forward Arnautovic ran clear, rounded the goalkeeper and tapped in to give the scoreline a slightly flattering complexion.

Tennis|: Paris: Novak Djokovic fought back from two sets down to beat Greek fifth seed Stefanos Tsitsipas 6-7(6) 2-6 6-3 6-2 6-4 to win the French Open title for the second time tonight. The Serbian world number one increased his Grand Slam tally to 19 titles, and is now one adrift of the men’s record held by Roger Federer and Rafael Nadal. Tsitsipas recovered from a break down to win the opening set in a tiebreak before he raced through the second set. But Djokovic was determined to ensure that all the effort he put in to beat 13-time Roland Garros champion Nadal in the semi-finals did not go to waste and he started to assert his authority to win the third set. Back injury Before the start of the fourth set, the 22-year-old Greek requested the trainer to come on court to manipulate and massage his lower back. Tennis - French Open - Roland Garros, Paris, France - June 13, 2021 Serbia's Novak Djokovic with Greece's Stefanos Tsitsipas after winning their final match REUTERS/Benoit Tessier Image Credit: REUTERS But that intervention failed to revive Tsitsipas’ fortunes and Djokovic was virtually unchallenged in the fourth set. The Serb broke decisively for a 2-1 lead in the decider before securing the win in four hours and 11 minutes that made him the first man since tennis turned professional in 1968 to win all four Grand Slams titles at least twice.

NZ will have advantage of playing two Tests before WTC final: Pujara

India top-order batsman Cheteshwar Pujara has said that New Zealand will have the advantage of playing two Tests ahead of the World Test Championship (WTC) final. 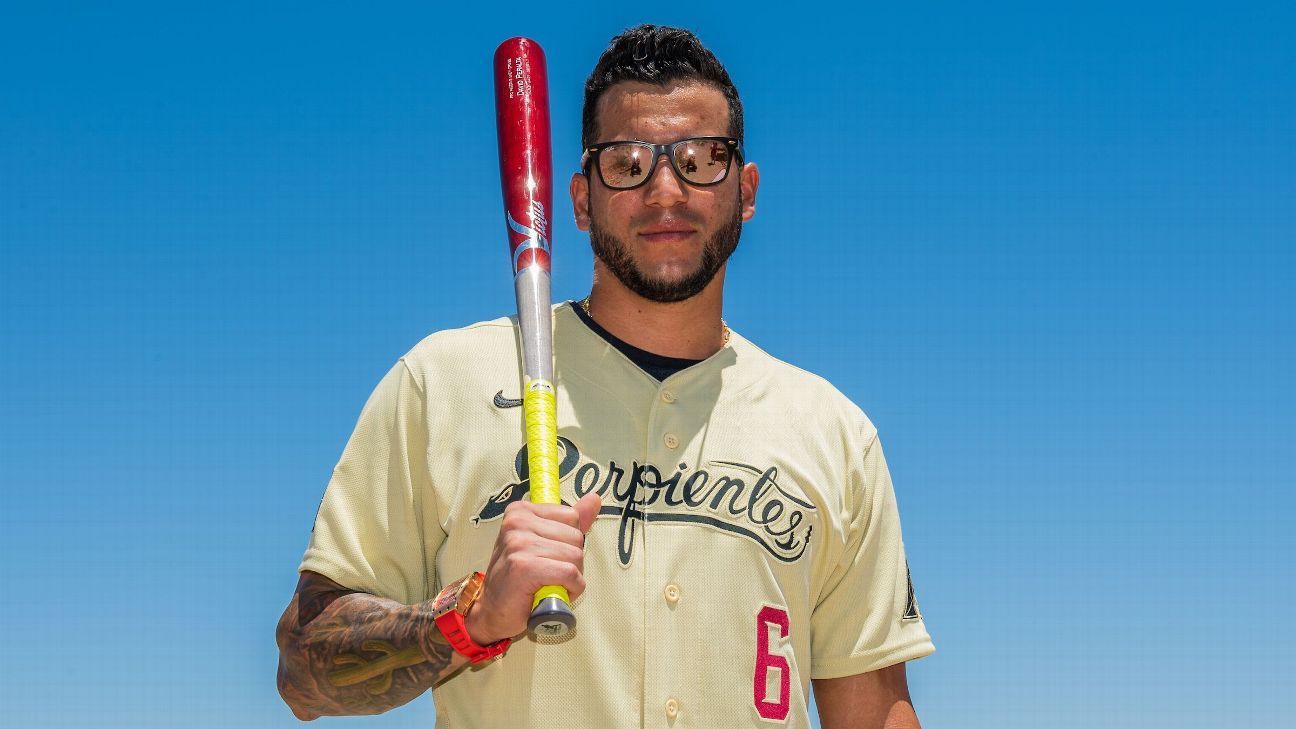 The Diamondbacks' gold City Connect jersey reads "Serpientes" across the front, intended to highlight Arizona's Hispanic culture, while the uniform patch features the Arizona state flag and a reference to Phoenix's nickname as The Valley of the Sun.