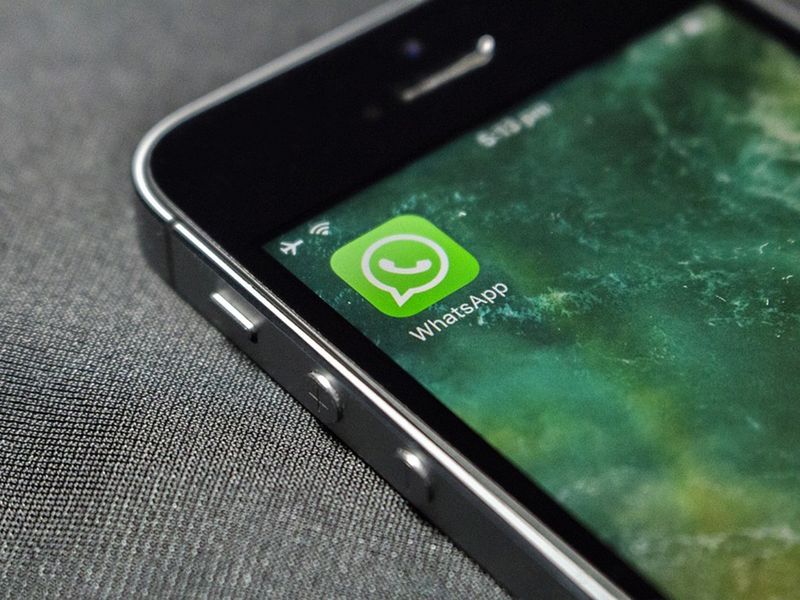 Technology|: Are notifications in some Whatsapp chat groups disturbing you? The Facebook-owned messaging platform now allows you to mute a chat forever, and Whatsapp users seem to be loving the new update. Users across the globe finally saw Whatsapp’s latest update with the ‘Always' option to mute chats. WhatsApp had been testing this feature in the beta version, and now it is widely rolling out to the stable version. The developers took to Twitter, to share the update. The ‘Always' option replaces the ‘1 year' option that was originally part of the settings. You still get to choose whether you want WhatsApp to show notifications for that chat or not. This new feature is present on both iOS and Android devices, as well as on the WhatsApp web. How to mute a chat To mute a chat forever, open the chat and tap on the menu option on the top right. Then, select Mute notifications. You will see three options to mute the chat with the last one being ‘Always'. Select it and press Ok. Once muted, you can see the Unmute notifications option in the chat settings instead of the Mute notifications option. Earlier this month, the new ‘Always' mute feature was spotted in WhatsApp beta version 2.20.201.10 by some users, along with a few other features. It also brought a new Storage Usage UI for beta users, along with Media Guidelines feature that allows users to align stickers and text when editing images, videos, and GIFs. While most tweeps liked the new update, some replied to Whatsapp on Twitter, requesting other features. Tweep @romanlx posted: “Multi-devices functionality is what we need urgently, this is 2020 and we still depend on an active online phone to use the web client, and we can't use more than one phone without having to backup, reset and restore on the other phone... Kind of ancient behaviour.” And, @gooner_rash tweeted: “Great but … What you need to change is to make sure that when we archive a chat it never pops up when there’s a new message. I really hate some chats.” 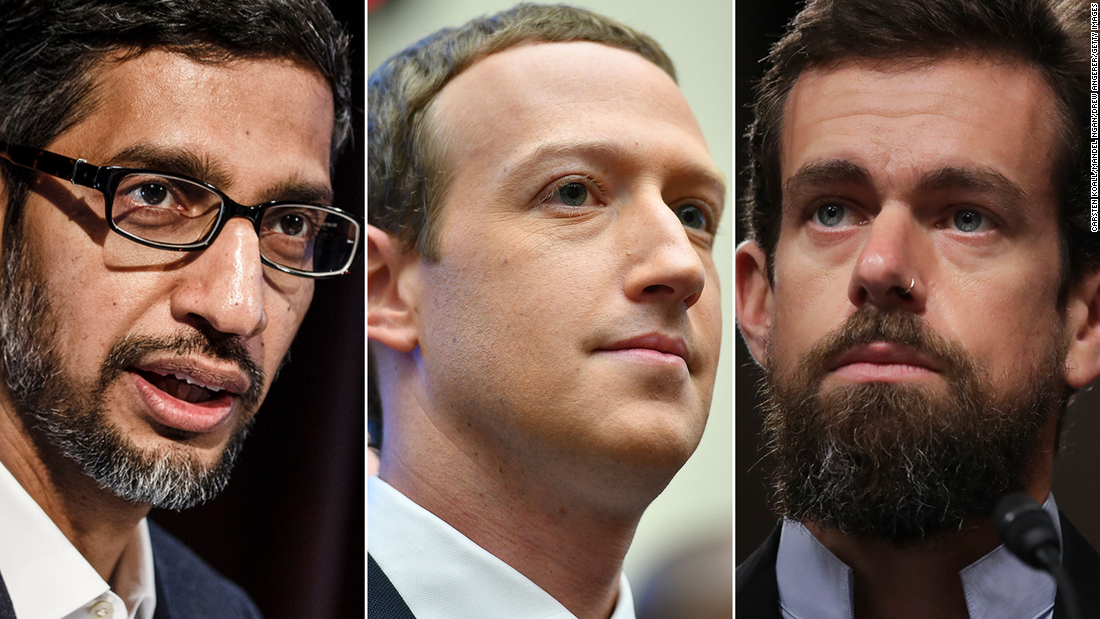 A right-wing offensive is underway to discredit social media companies just days before the election. 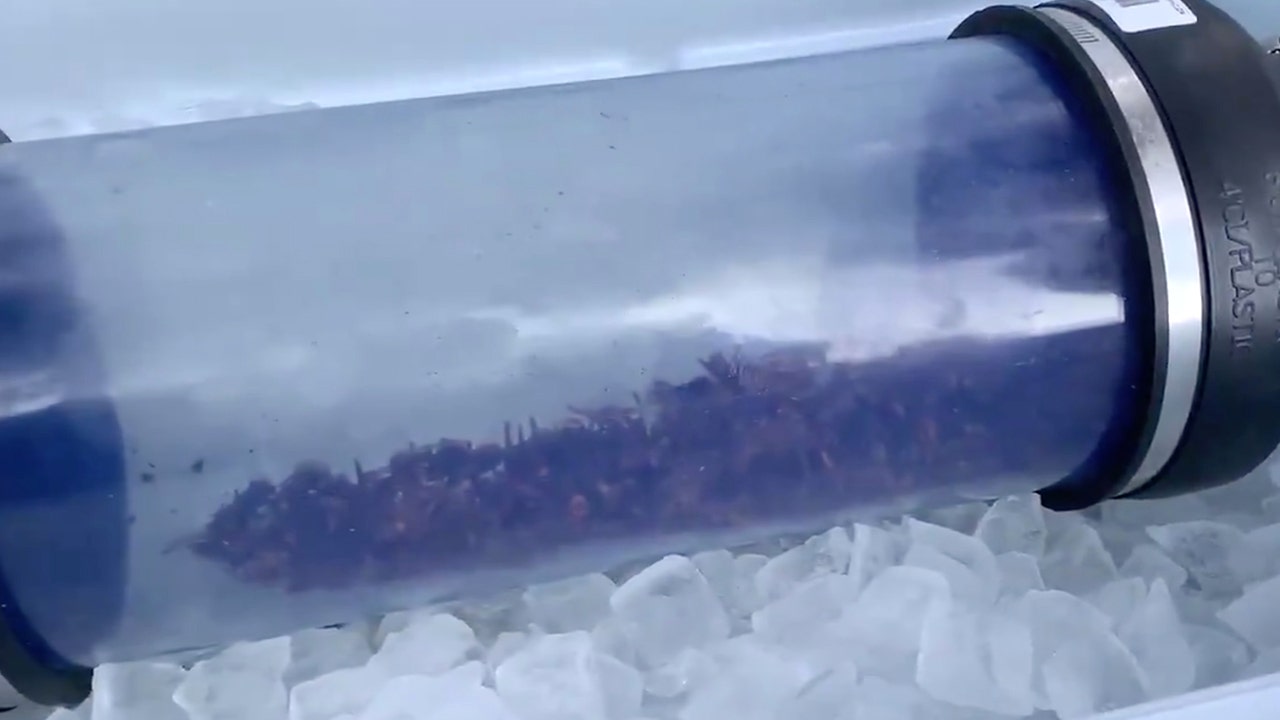 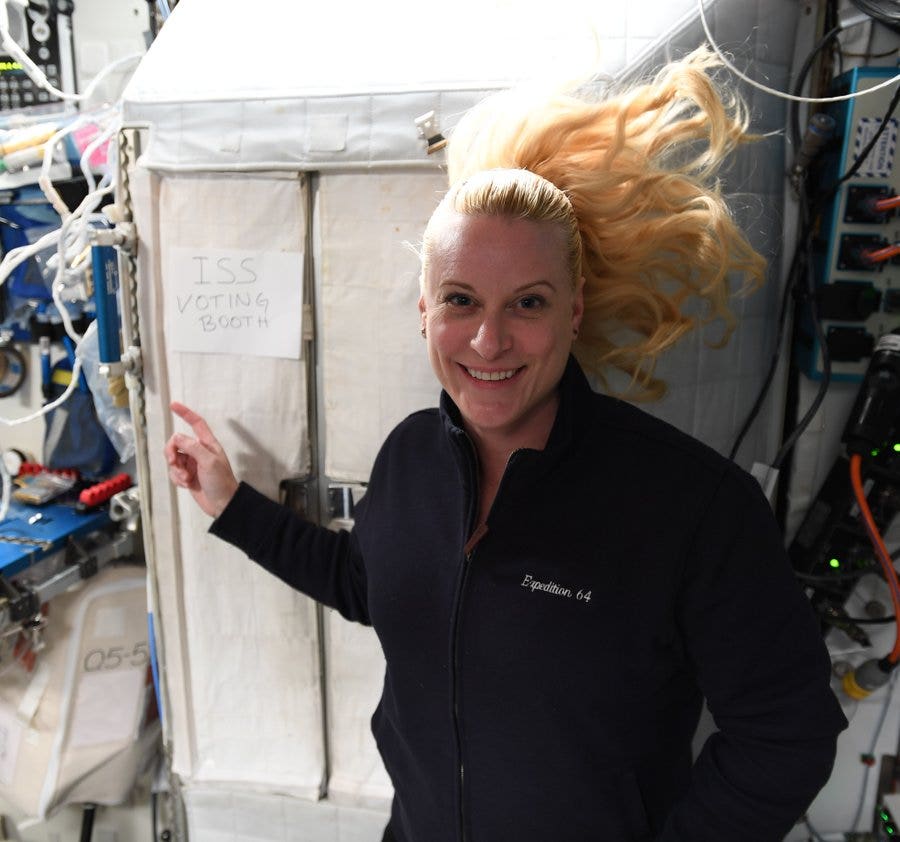 NASA astronaut Kate Rubins has cast her ballot from space

NASA astronaut Kate Rubins, the only American not on the planet, has cast her vote from space. 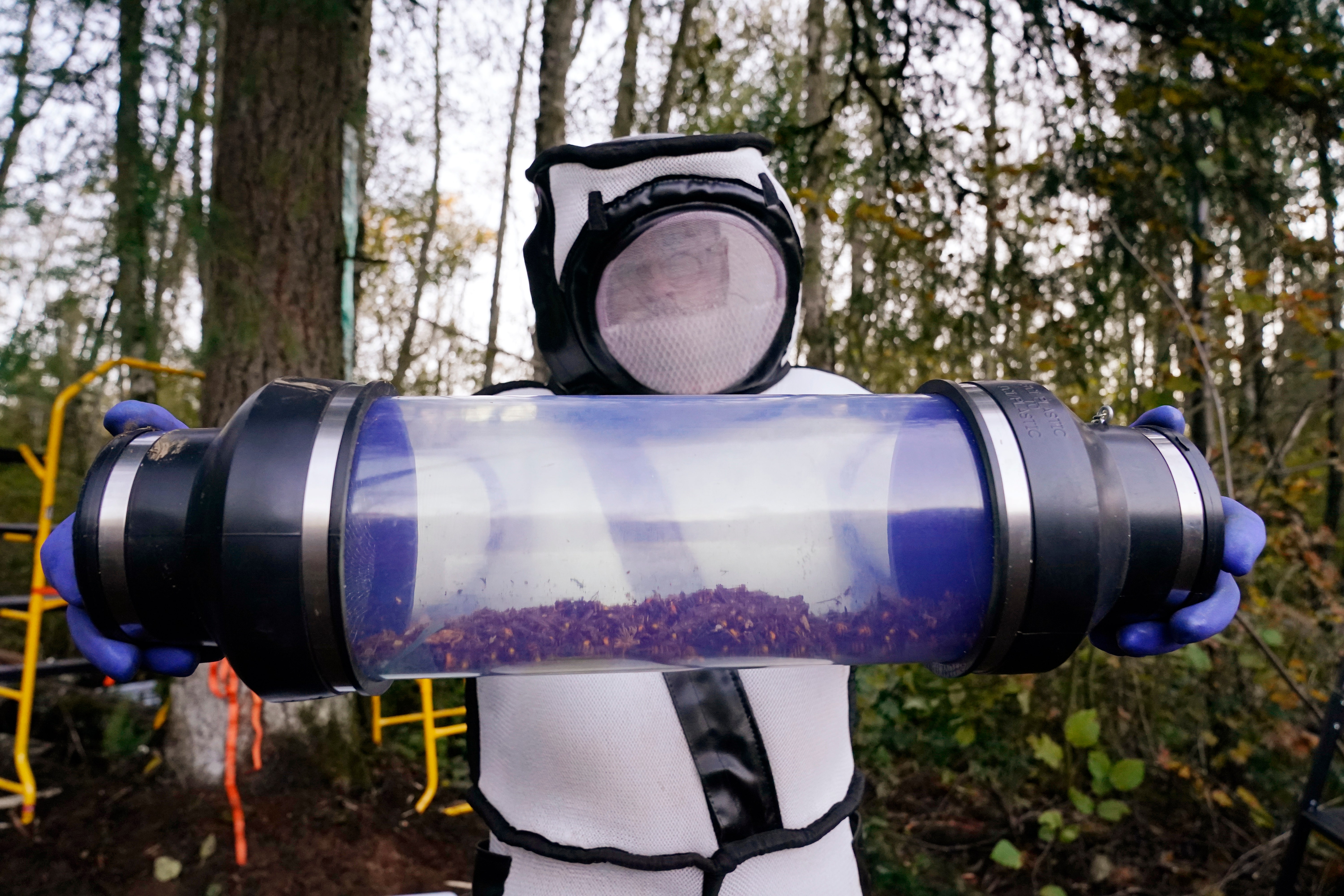 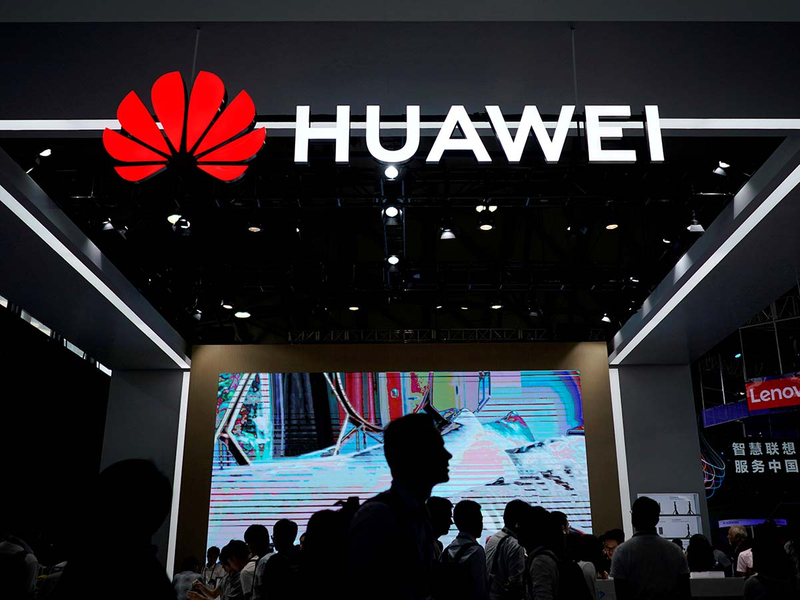 Huawei sales up, but growth slows under virus, US pressure

Technology|: Beijing: Chinese tech giant Huawei, one of the biggest makers of smartphones and switching equipment, said Friday its revenue rose 9.9% in the first nine months of this year, but growth decelerated in the face of U.S. sanctions and the coronavirus pandemic. Huawei Technologies Ltd. gave no sales figure for the most recent quarter ending in September, but growth for the first three quarters was down from the 13.1% reported for the first half of the year. Huawei is struggling with U.S. sanctions that cut off its access to most American components in a feud with Beijing over technology and security. The White House says Huawei is a threat and might facilitate Chinese spying, which the company denies. Washington also is tightening curbs on access to U.S. markets or technology for other Chinese tech companies including telecom equipment maker ZTE Corp., video service TikTok and messaging app WeChat. The conflict has fueled fears the global market might be dividing into competing U.S. and Chinese technology spheres with incompatible standards. Industry analysts warn that would slow down innovation and raise costs. Executives have warned Huawei’s smartphone and network equipment sales would be affected. The company has launched smartphones based on its own chips and other components and says it is removing U.S. technology from its products. On Thursday, the company unveiled its latest smartphone, the Mate 40, based on Kirin 9000 chips developed by Huawei. Sales in the first nine months of 2020 rose to 671.3 billion yuan ($100.4 billion), Huawei reported. It said net profit was 8%, down from the first half’s 9.2% margin. The company gave no details of its smartphone shipments. Sales outside China have weakened because its handsets no longer come preloaded with Google’s popular music, maps and other features. But sales in China, where Huawei phones already used local alternatives, have grown sharply. Huawei’s global market share in smartphones rose to 19.6% in the three months ending in June, up from 17.7% a year earlier, according to Canalys. That was driven by strength in its home market, where Huawei had a 51% market share and sales rose 32% to 14.5 million handsets. Huawei is owned by its Chinese employees who make up about 60% of its global workforce of 194,000. It began reporting financial results a decade ago in an attempt to appear more transparent and mollify foreign security fears. 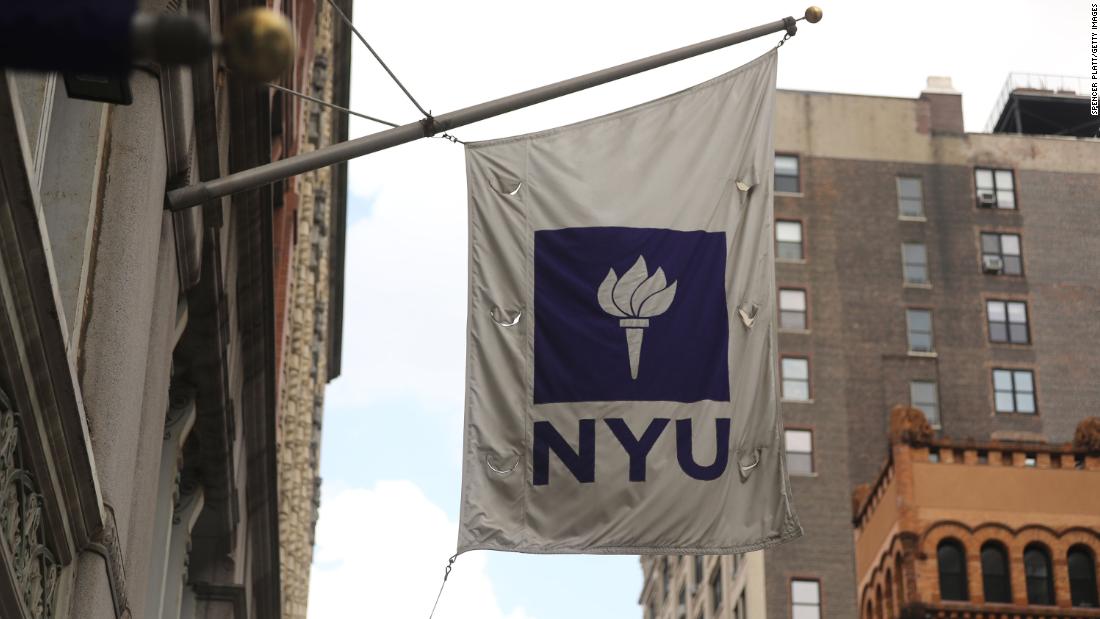 Facebook is trying to scuttle the work of New York University researchers who have played an important role in bringing attention to the company's political ad-targeting practices. 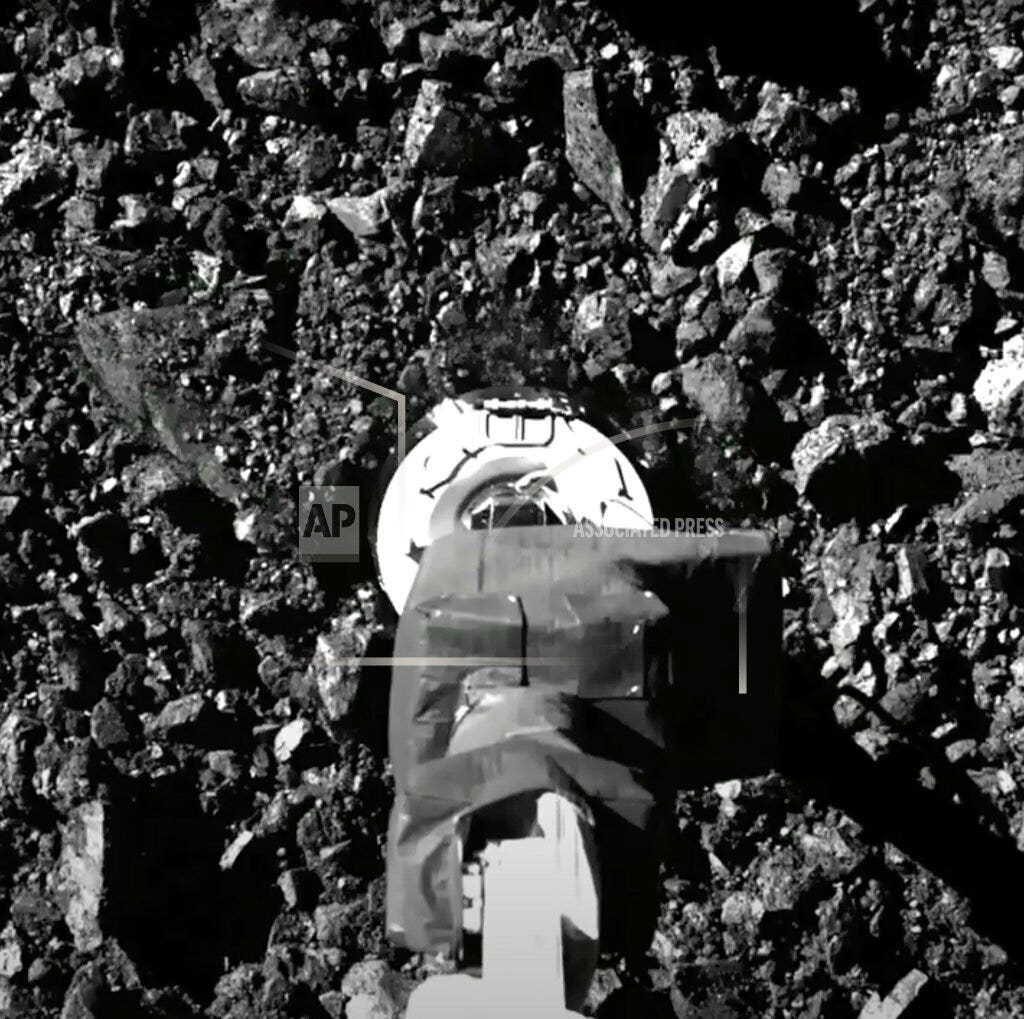 Two days after touching down on asteroid Bennu, NASA's OSIRIS-REx mission team received on Thursday, October 22, images that confirm the spacecraft has collected more than enough material to meet one of its main mission requirements - acquiring at least 2 ounces (60 grams) of the asteroid's surface material. 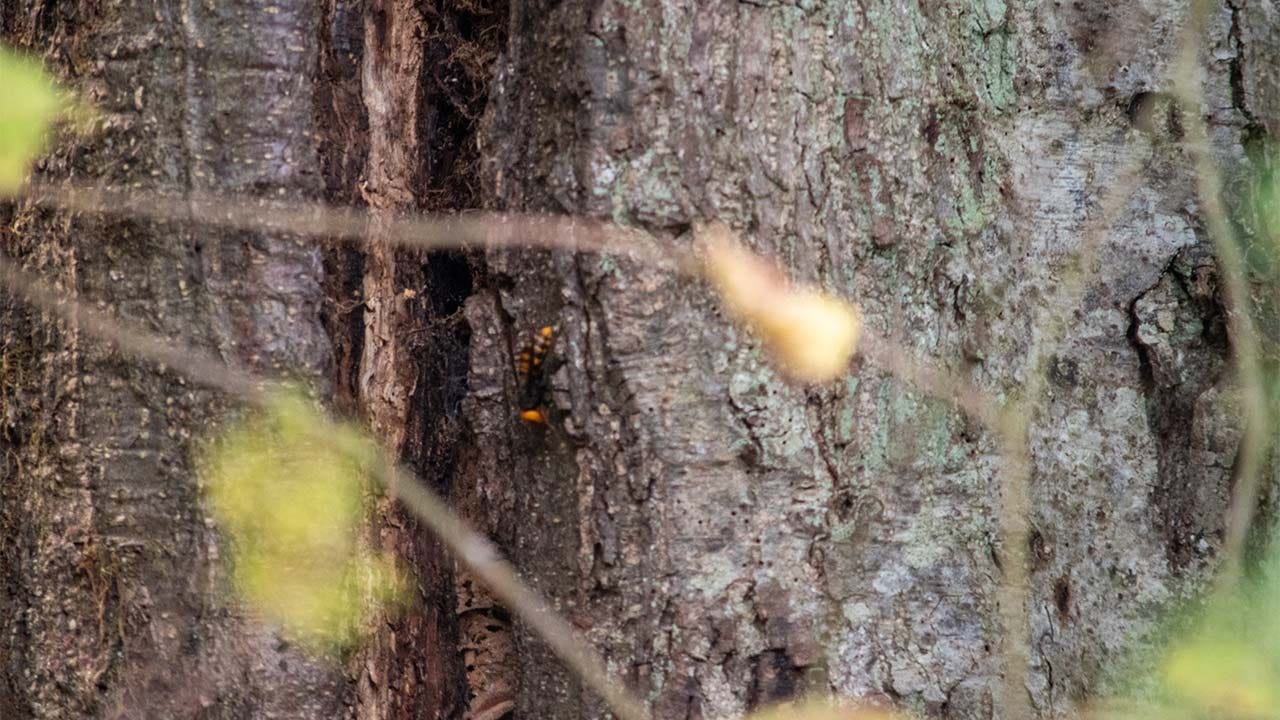 Washington state bug hunters have located the first-ever Asian giant hornet nest in the U.S., it was reported Friday. 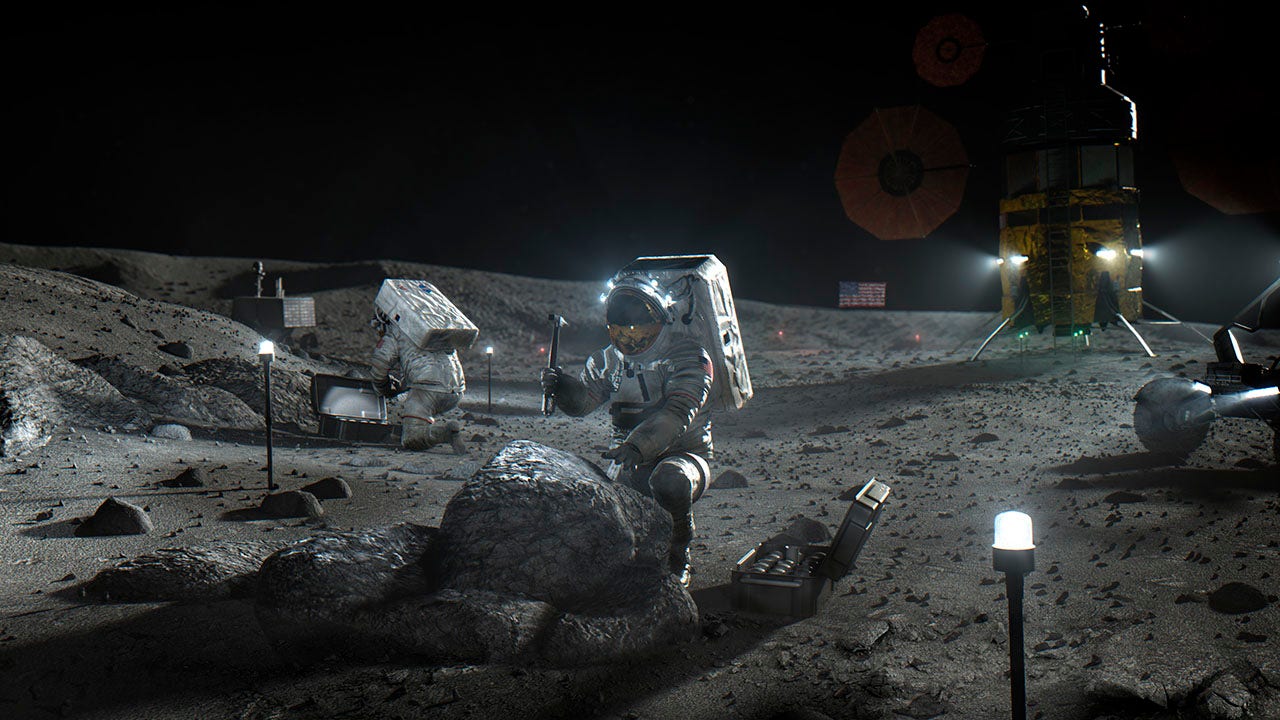 Ahead of NASA's return to the moon in 2024, the space agency is teasing an "exciting new discovery" about the celestial satellite. 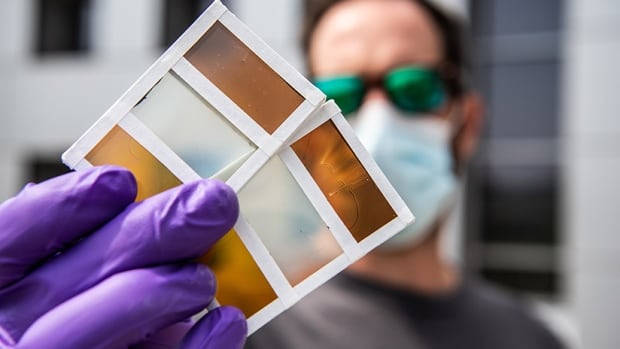 Asprin use may cut death risk in severe Covid patients 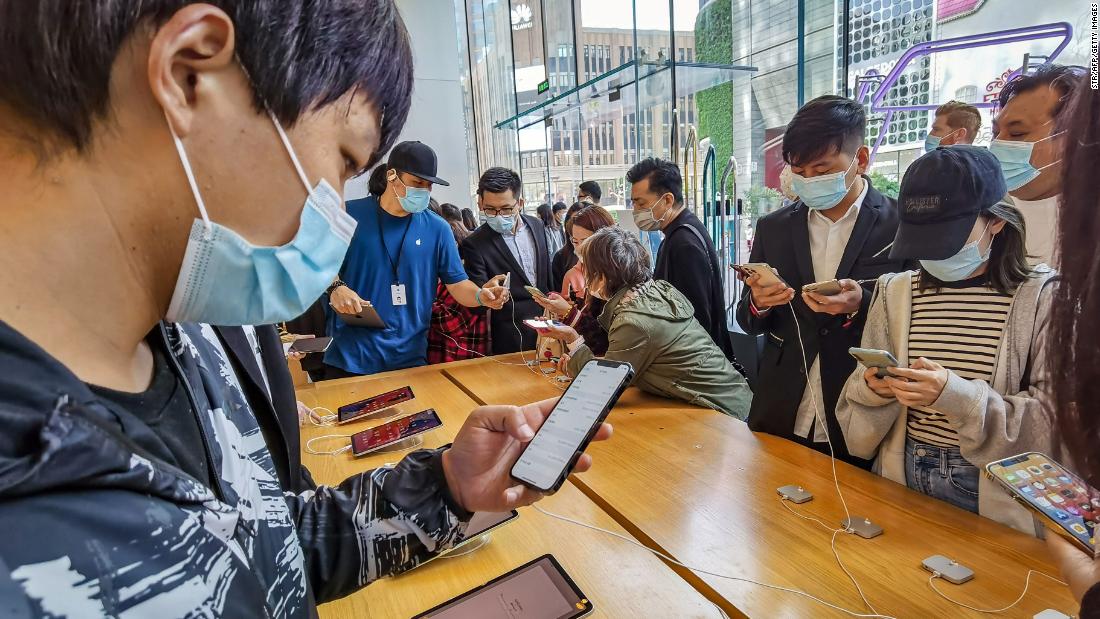 The iPhone 12 has arrived in China, and Apple fans are already lining up for it — just not necessarily at stores.

The US Food and Drug Administration on Thursday approved remdesivir as the first drug to treat patients hospitalized with Covid-19. Europe, India and other countries such as Canada also have granted temporary approval for the use of remdesivir 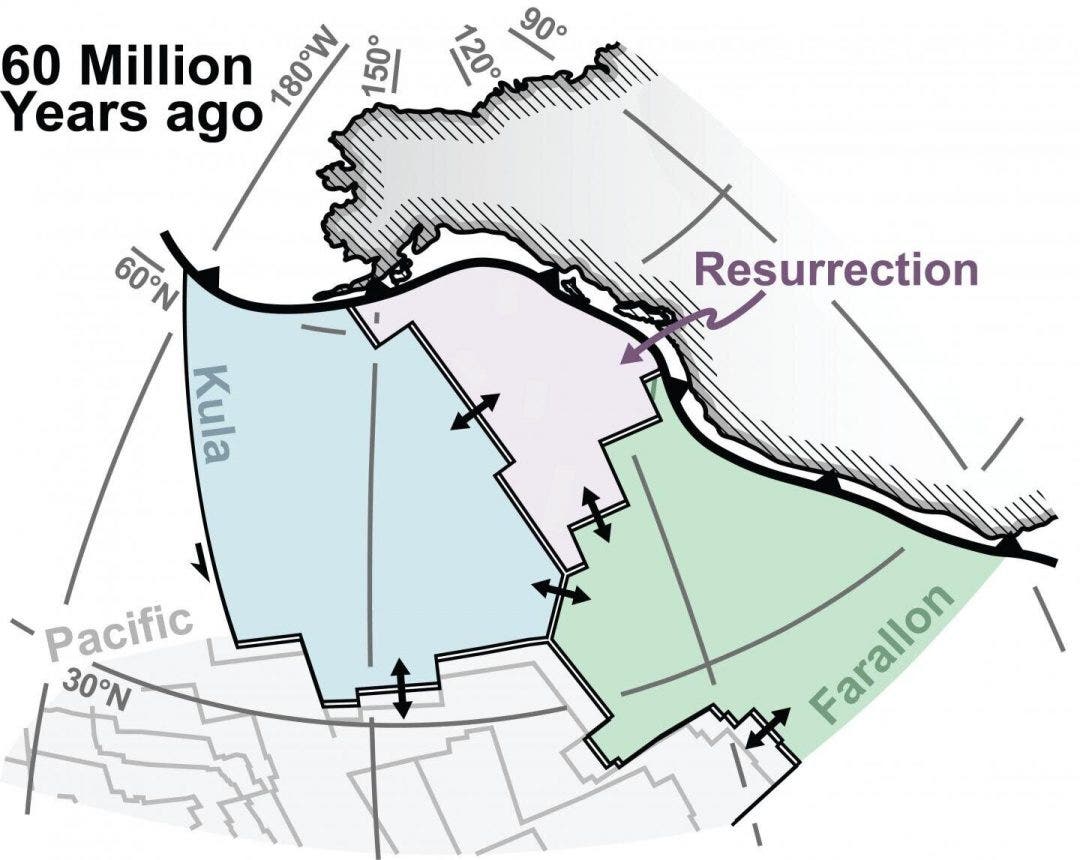 A tectonic plate "lost" for 60 million years hiding under the Pacific Ocean has been reconstructed by scientists. 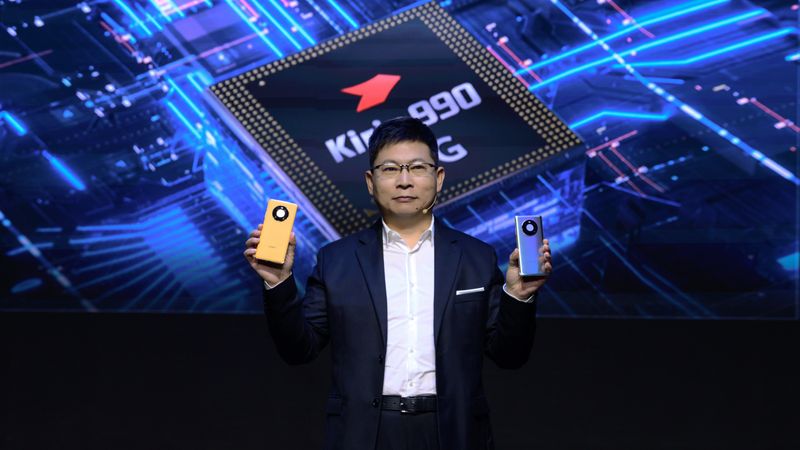 Business|Technology|: Shanghai: Huawei Technologies Co. introduced the Mate 40 smartphone series, potentially its last major release powered by its self-designed Kirin chips. China's biggest tech company by sales has been stockpiling chips to get its signature device out in time to compete with Apple Inc.'s iPhone 12 over the holidays. Huawei will have to overhaul its smartphone lineup after Trump administration sanctions that took effect in September curtailed its ability to design and manufacture advanced in-house chips by cutting it off from the likes of Taiwan Semiconductor Manufacturing Co. The company's consumer devices group, led by Richard Yu, was already prevented from shipping handsets with the full Google-augmented Android experience. But that didn't stop it from surpassing Samsung Electronics Co. to become the world's best-selling smartphone maker in the summer, largely on the strength of growing domestic sales. Without a contractor to produce its own chips or the ability to buy processors from a supplier like Qualcomm Inc., prognostications for the division's future are less rosy. Read More Abu Dhabi's Hub71 strikes a deal with Bpifrance for investments in tech startups Sterling Group acquires Dubai's computer brand iLife as pandemic makes tech an investor favourite A triple round of bans "We are suffering from the US government's third-round ban. This unfair ban," said Yu during a live-streamed presentation, saying the trade sanctions make things extremely difficult. Though he did open the event by saying that, "at Huawei, we continue to dare to dream for a bright future together." Huawei's third-quarter revenue growth slowed to 3.7 per cent as the sanctions exacted a toll on the consumer business, of which the Mate series is the showpiece. The 6.5-inch Mate 40 and 6.76-inch Mate 40 Pro feature the 5nm Kirin 9000 processor, second to Apple's A14 chip to offer that advanced manufacturing node in consumer devices. The system-on-chip contains 15.3 billion transistors, including eight CPU cores maxing out at a speed of 3.13GHz and 24 GPU cores that Huawei claims give it 52 per cent faster graphics than Qualcomm's best offering. Both devices have sloping glass sides and in-display fingerprint sensors. The new rear "Space Ring" design accommodating Huawei's multi-camera system is reminiscent of the control wheel of iPods of yesteryear. It plays host to a 50-megapixel main camera accompanied by zoom and ultrawide lenses. Still got some brand-partners Though prevented from doing business with technological partners and suppliers, Huawei still touts Leica co-branding on its imaging hardware and is once again offering a Porsche Design edition of its new flagship smartphone. The company also announced a new pair of over-ear headphones and new home speakers in collaboration with French audio brand Devialet SA. Huawei is the leader in China, where the mobile software ecosystem is fleshed out with vendor-specific apps and stores alongside a reliance on Tencent Holdings Ltd.'s WeChat super-app as a mini operating system. The Mate 40 gives Huawei a response to Apple's new 5G-enabled iPhones and extends the period of time before it has to completely rethink its consumer devices strategy. The Mate 40 will be on sale for 899 euros ($1,064), Mate 40 Pro will cost 1,199 euros and a Mate 40 Pro Plus with further upgrades will cost 1,399 euros, though Huawei didn't specify a release date. 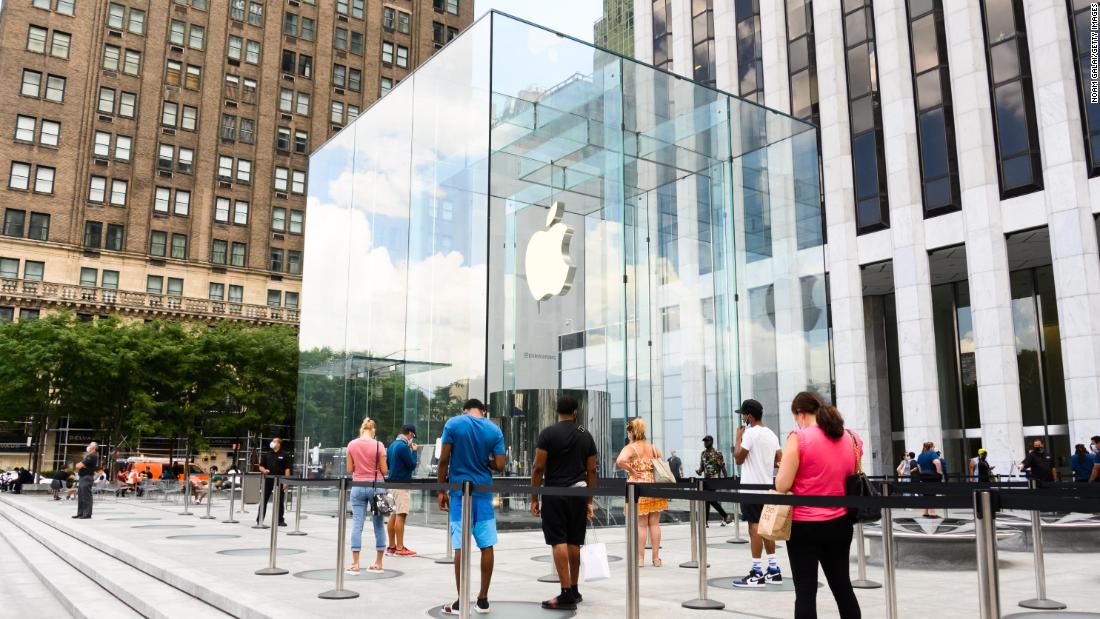 Buying an iPhone at the Apple Store will be different this year. Here's how

The new iPhone hits shelves on Friday, and that usually means fans lining up outside Apple Stores around the world.