Equity indices continued to slump with benchmark BSE sensex falling over 1,000 points in late afternoon trade as fears of fresh pandemic restrictions kept domestic investors jittery amid a global selloff in stocks. At 3:10 pm, the 30-share BSE index was trading 1,107 points or 2.46% lower at 36,742; while the broader NSE Nifty was down 268 points or 2.41% at 10,863.

The new provisions relating to tax collection at source (TCS) kick in from October 1. The dire economic situation arising out of the pandemic and certain ambiguities in these provisions has led several CA associations to make a joint representation to the finance minister.

Automakers sue US govt for tariffs on China imports

Major automakers Tesla, Volvo, Ford and Mercedes-Benz have sued the US government over tariffs on Chinese goods, demanding customs duties paid on imports be returned, with interest.

The Reserve Bank of India (RBI) gave borrowers a six-month freeze on their loan repayments, which ended on August 31, with about a third of India’s $1.8 trillion outstanding loans being deferred under the program. Businesses still trying to cope with a collapse in demand must now figure out how to pay back their loans or face closure.

Nicknamed “Lone Wolf” for his eschewing of politics and clubby business groups, Zhong’s fortune has jumped $51.9 billion in 2020, more than anyone else in the world except Amazon.com Inc’s Jeff Bezos and Tesla Inc’s Elon Musk. Zhong Shanshan’s net worth reached $58.7 billion on Wednesday, $2 billion more than Jack Ma.

Twenty-two foreign airlines have partnered Mukesh Ambani’s Reliance Jio for inflight internet connectivity in Indian skies. The telecom major, which is among the Indian companies that got the in-flight connectivity licence, has also announced three onboard data plans all of which have a validity of a day with prices ranging from Rs 499 to Rs 999.

Industry: With this, Jio has become the second Indian telecom company to offer in-flight service.

AI Express to fly passengers from Saudi to India

Saudi Arabia has partially relaxed its suspension order for travel to and from India. It has allowed schedule flights to fly passengers to India. However, the temporary suspension on passengers going from India to Saudi continues.

Air India Express will continue to fly passengers from Saudi Arabia to India, but not on returns

Aviation|: Dubai: Air India Express said it would continue to fly passengers from Saudi Arabia to India - but it will not operate flights from India to the Gulf country, it said in a tweet. The airline’s announcement comes a day after Saudi Arabia suspended air travel to and from India, Brazil and Argentina, citing a recent spike in coronavirus cases. “Suspending travel to and from the following countries including any person who has been in any of the mentioned countries in the last (14) days prior to their arrival to the Kingdom,” the General Authority of Civil Aviation said in a statement. The Indian carrier's tweet reads: “Air India Express Vande Bharat Mission flights would continue to carry passengers on its flights from Saudi Arabia to India. The airline would not carry passengers from India to Saudi Arabia” Last week, the Dubai Civil Aviation Authority revoked a 15-day suspension of Air India Express flights to and from Dubai that was imposed after the budget airline’s ground handling agents allowed two passengers with COVID-19 positive test results to board flights to the emirate.

Sensex plunges over 550 points in opening trade; Nifty below 11,000

Domestic equity opened in red on Thursday with the benchmark BSE sensex plunging over 550 points, dragged by auto, banking and financial stocks. The 30-share BSE index fell 573 points or 1.52 per cent to trade at 37,095; while the broader NSE Nifty opened 174 points or 1.57 per cent lower at 10,957. 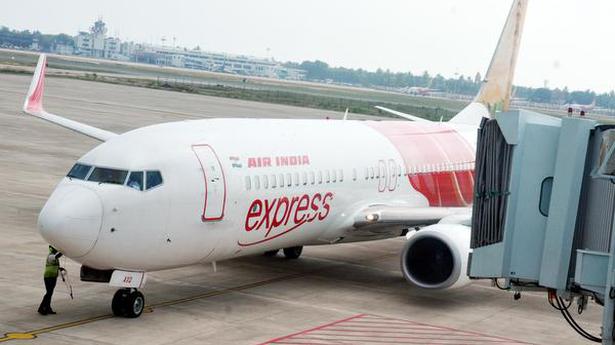 Markets: During the session, the local unit witnessed an intra-day high.

India|Business|: New Delhi/Ahmedabad: A fire at an Oil and Natural Gas Corp (ONGC) plant caused by a pipeline rupture has cut gas supplies to customers including power and fertiliser companies, said a person familiar with the matter at gas marketing firm GAIL (India) Ltd. The fire broke out on Thursday morning at ONGC’s Hazira gas processing plant in western Gujarat state and has since been extinguished, ONGC said, adding that it is working to resume normal operations. See more Photos: India's opposition parties stage nationwide protest against new farm bills News in pictures: Duterte hailed, husband sells land to buy wife elephant in India, China on US, Australia whales death, Brazil COVID cases, Navalny discharged… COVID-19: Taj Mahal reopens even as India coronavirus cases soar Indian couple run street-side classes for poor students There were no casualties, ONGC said. GAIL, India’s biggest gas marketing firm, supplies the bulk of gas produced at ONGC’s western offshore fields to customers in the states of Gujarat, Goa, Rajasthan, Uttar Pradesh and Madhya Pradesh. The Hazira plant also gets gas from western offshore fields. It supplies about 60 million standard cubic metres of gas daily to these customers. ONGC has shut its Hazira plant, which produces liquefied petroleum gas and other products such as naphtha. “We have cut gas supplies by 40% to our customers. We have notified some customers and are in the process of sending notices to others,” the GAIL employee said. The person, however, said gas supplies could improve from Friday as ONGC is in process of fixing the pipeline. India’s biggest utility NTPC Ltd has shut its two gas-based power plants in Gujarat state, while fertiliser maker KRIBHCO has reduced capacity use, people at the two companies said. “Our capacity utilisation fell to 50% in the morning due to gas supply disruption,” a person at the KRIBHCO said. Gas from other suppliers Jadish Prasad Verma, general manger for production at KRIBHCO’s Hazira plant, said his company is trying to arrange gas from other local suppliers after an output cut. NTPC has shut its 656 megawatt gas-based power plant at Kawas near Hazira and a 657 megawatt Jhanor-Gandhar plant due to gas supply disruption, a person at the company said. Gas supplies to customers have temporarily closed due to safety reasons, an ONGC spokesman said. “There could be some impact on our production... We are investing the cause of fire, and extent of damage.” NTPC and GAIL did not respond to Reuters emails seeking comments. Surat Collector and District Magistrate Dhaval Patel, a senior city official, told Reuters the fire was caused by a rupture in a pipeline at the gas terminal. ONGC’s plant is in Surat, a city in Gujarat. “The area was cordoned off, depressurised and cooled as part of firefighting measures,” Patel said. “Other plants in the vicinity are operating as usual. I am told that the ONGC plant will also become partially operational in two to three hours,” he said. Surat Municipal Commissioner Banchhanidhi Pani said the fire was in the 36-inch Uran-Mumbai gas pipeline.

The food delivery industry is recovering at a fast pace with the sector recording gross merchandise levels that are 85% of pre-Covid, up from 75% in August, Zomato said in a blog post. The recovery is being led by the metros, with Delhi and Mumbai at 95% of pre-Covid level, and Bengaluru and Chennai at 80%.

Analysts say that the Covid-hit industry is banking heavily on new models to steer out of the slowdown as pressure on economy, job losses and salary cuts have broadly kept buyers nervous.

Business|Technology|: Mumbai: India's telecom price war is back, and this time the battle is being fought with freebies. After announcing the first tariff increase in three years in 2019, telecom carriers are offering incentives such as subscriptions to services from Netflix to Amazon Prime to win customers in a content-hungry market. With theaters in India, among the biggest film markets globally by number of tickets sold, closed due to pandemic restrictions, the demand for entertainment content has shifted online. Several big-budget local films have been released on streaming platforms this year. See More 9 Indian actors who made their mark in Hollywood All the Emmy’s biggest surprises: Hazmat suits, Friends reunions and more Find out the unusual story behind Netflix’s ‘Enola Holmes’ Winners list in key categories for the virtual Emmys 2020 On Tuesday, Reliance Jio Infocomm Ltd., the country's biggest telecom company by subscribers, launched a new 399 rupees ($5.4) plan for users who opt for monthly billing instead of pay-as-you-go packs. Besides 75 GB of data, customers would get access to Netflix on a mobile device and one-year subscription to two over-the-top apps and access to Jio's movie and songs library. "Reliance Jio's new postpaid plans offer more content and come at 20 per cent discount" to Bharti Airtel, analysts at Jefferies India Pvt. said in a report. Bharti's comparable entry-level plan is priced at 499 rupees and offers the same amount of data but doesn't include access to Disney+ Hotstar and Netflix, while Vodafone Idea Ltd.'s plan offers 40GB data and doesn't include any of the three online platforms, according to analysts. Over the past four years, the number of users opting for monthly billing of mobile services has come down sharply and such users now form about 5 per cent of the total 1.14 billion subscribers and generate 15 per cent of the sector's revenue, according to Jefferies analysts. Although Jio introduced its postpaid plans in 2018, the company's offerings didn't see much traction, showcasing 'stickiness' of this base of customers, according to Morgan Stanley analysts. "This time extremely aggressive content offerings could be the key attraction for consumers," Emkay Global Financial Services Ltd. analysts said. They expect Bharti and Vodafone Idea to follow Jio with similar tie-ups with OTT platforms to retain the monthly bill paying customers whose average monthly spending is higher than the prepaid users.

Takeaway pie now up to 30% of food companies’ sales

Takeaways are currently accounting for 10-30% of overall sales of several food brands, from McDonald’s and Chaayos to KFC and Taco Bell, just a few months after restaurants were allowed to open their doors to consumers. 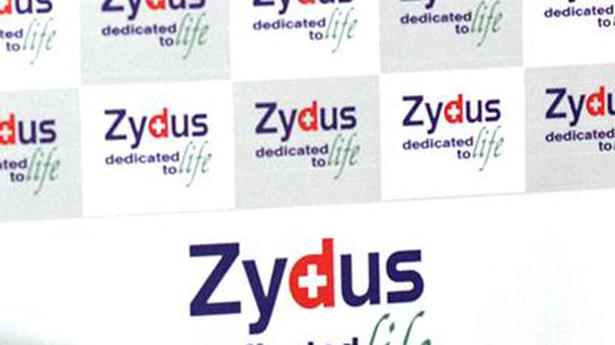 Industry: Palbociclib is an anti-cancer medicine. 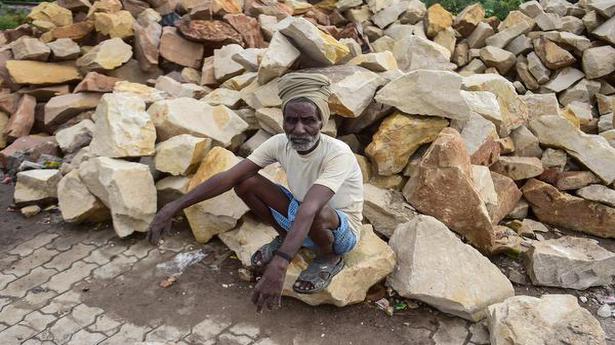 Global labour income estimated to have declined by $3.5 trillion in first 3 quarters of 2020: ILO

Industry: The ILO said the biggest drop was in the lower-middle income countries, where the labour income losses reached 15.1%, with the Americas being the hardest hit region at 12.1%