India pacer Mohammed Siraj said that the racial slurs hurled at him by the Australian crowd made him mentally strong. "Australian crowd started abusing me, it made me mentally strong. Not letting it hamper my performance was my prime concern. Umpires told us that you can walk off the field and leave the game but Ajju bhai told the umpire that we won't leave, we respect the game," Siraj said.

Wear that 36 all out like a badge, R Sridhar recalls 'Raviship' and more

He "aged 10 years in about one hour" thanks to Rishabh Pant and Washington Sundar.

Smith might get captaincy back in case of no other choice: Chappell

Former skipper Ian Chappell says star batsman Steve Smith might get back the Australia captaincy despite his involvement in the infamous ball-tampering scandal in 2018 if there is no other choice to replace Tim Paine.

We have to be at our absolute best against India, says Joe Root

India's come-from-behind series win over Australia was a "great advert" for Test cricket and his side will have to be at their "absolute best" to challenge them at home, said England captain Joe Root.

It was a walk in the park for PV Sindhu as she eased past Kisona Selvaduray of Malaysia 21-10, 21-12 in the second round of the Thailand Open BWF Super-1000 tournament in Bangkok on Thursday.

IOC president Thomas Bach said on Thursday that the Tokyo Summer Olympic Games will be held as scheduled, in an interview with Kyodo News. He said there was "no Plan B".

The Commonwealth Games Federation is confident the 2022 Birmingham CWG will go ahead as scheduled next year despite the host city's council leader's recent expression of doubts in view of a surge in COVID-19 cases in the UK.

Malinga's presence around MI squad will be missed: Rohit

Mumbai Indians skipper Rohit Sharma on Thursday said Lasith Malinga's presence will be missed around the squad as the pacer announced his retirement from franchise cricket on Wednesday.

You can't ignore Rishabh Pant now. Can he be played as a pure batsman?

From being criticised for his 'not up to the mark' wicket-keeping skills to a finisher who has become the toast of the nation, Rishabh Pant's cricketing journey became one of the most interesting stories on India's very successful tour of Australia. The way Pant played his two series defining knocks of 97 and 89* made many experts say that maybe the team should look at playing him as a pure batsman.

ndia's Sameer Verma continued his impressive run at the Toyota Thailand Open Super 1000 tournament, stunning world no 17 Rasmus Gemke of Denmark in a second round match to advance to the men's singles quarterfinals, here on Thursday.

England captain Joe Root has warned his players not to get ahead of themselves and to continue improving as they seek to wrap up the series against Sri Lanka in the second and final Test at Galle International Stadium on Friday.

Siraj drives straight from airport to his father's grave

Mohammed Siraj's 63-day long and agonizing wait finally came to an end as the speedster drove straight from the Rajiv Gandhi International Airport in Shamshabad to the graveyard in Khairtabad to pay his last respects to his departed father Mohammed Ghouse.

As soon as he entered the gate of W-54, the society in which he lives in Dadar, near Ruparel College, India's 'stand-in-captain,' wearing a mask and a cap and holding his two year-old daughter Aarya and accompanied by his wife Radhika Dhopavkar, was greeted with a red carpet, showering of flower petals, the echoes of shehnais and dhol tashas.

The Indian women's junior hockey team rallied from a goal down to script a stunning 3-2 win over the Chilean senior side at the Prince of Wales Country Club here.

Dhoni comparisons amazing but Pant wants a name for himself

The comparisons with the iconic Mahendra Singh Dhoni are flattering but young Indian wicketkeeper-batsman Rishabh Pant on Thursday said he wants to carve his own identity in the game after playing a key role in the side's historic Test series win in Australia.

IPL 2021: Full list of retained and released players of all teams

A total 57 players were released by the different franchises on Wednesday ahead of the auction for the 2021 edition of the Indian Premier League. 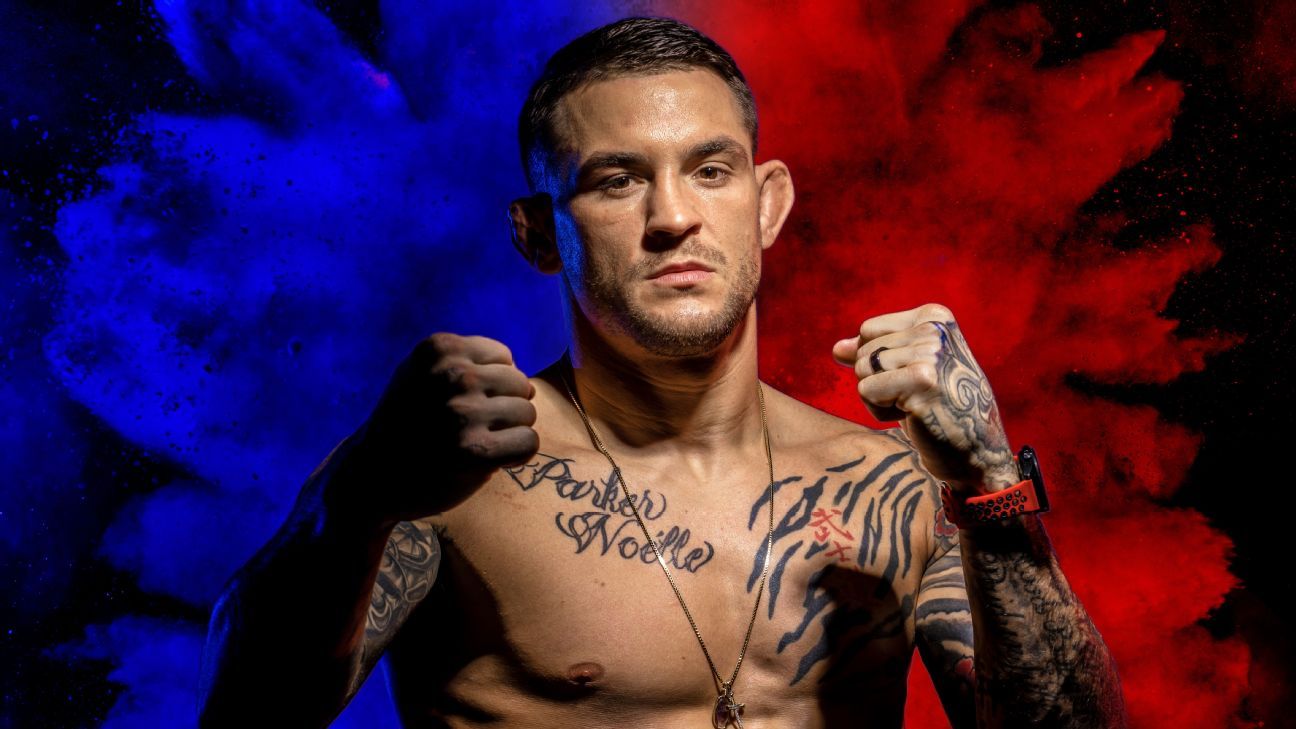 The inside story of Dustin Poirier's complicated relationship with fighting

Poirier evolved from a high school dropout who loved to fight to a philanthropic UFC star. 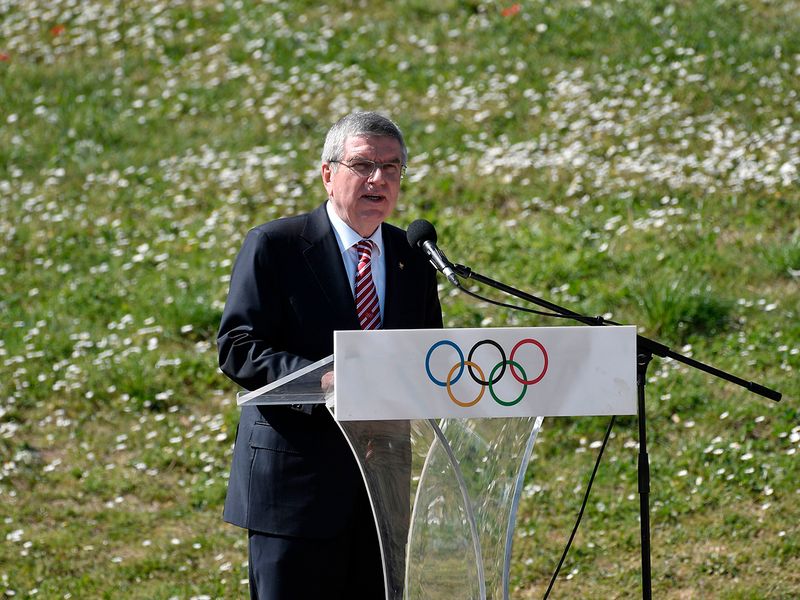 Sport|: Kolkata: Thomas Bach, International Olympic Committee (IOC) President, allayed fears about the Tokyo Olympics being postponed again in view of renewed fears that the Games may not take place due to a second wave of the Coronavirus in certain parts of the world. The Tokyo 2020, postponed last year, is scheduled to start in less than six months from July 23. Saturday, in fact, marks six months until the rearranged Olympics are due to start on July 23. Despite dwindling public support and a surge in coronavirus cases across the world, organisers are adamant the Games will go ahead. “We have at this moment, no reason whatsoever to believe that the Olympic Games in Tokyo will not open on the 23rd of July in the Olympic stadium in Tokyo,” Bach told Kyodo News. READ MORE 2021 in sports: Anyone for tennis, Olympics, football? Olympic super-fan determined to welcome world to Tokyo Cycling: Peter Sagan may choose Tour de France over Tokyo Olympics “This is why there is no Plan B and this is why we are fully committed to make these Games safe and successful,” he added. With the Beijing 2022 Winter Olympics on the horizon and rapidly escalating costs further reducing public support, Tokyo organisers have repeatedly ruled out postponing the Games again. However, with parts of Europe and the US still paralysed by the virus and Tokyo under a state of emergency, the doubting voices are growing louder. Former London 2012 deputy chairman Keith Mills this week said he thought the Games looked “unlikely” to happen, while British Olympics legend Matthew Pinsent said it was “ludicrous” to go ahead. In Japan, whose emergency measures cover greater Tokyo and other parts of the country, public disenchantment is rising. A poll this month found 80 percent of respondents opposed hosting the event this year, with 35 percent favouring outright cancellation and 45 percent calling for further postponement. The Australian Open grand slam has underlined the complexity of organising international sport in the pandemic, with major problems bringing in players and keeping them Covid-free. “It’s been really eye-opening here in Melbourne to see and hear the amount of logistical challenges and the scale of trying to organise just a tennis event in the current situation,” said Gordon Reid, the British wheelchair tennis player and Paralympic gold-medallist. “You’ve got to multiply that by a thousand when it comes to the Olympics and Paralympics because they are on another scale.” Tokyo 2020 chiefs say another postponement is “absolutely impossible”, meaning the Games will be cancelled if they cannot go ahead this year. They are pushing ahead with a raft of coronavirus countermeasures intended to ensure a safe Games, even without vaccines which remain non-mandatory for athletes. A 53-page interim report released in December outlines measures including a ban on supporters cheering, regular testing for athletes and limited stays at the Olympic village.

Members of the triumphant Indian cricket contingent, including stand-in skipper Ajinkya Rahane and coach Ravi Shastri, returned to the country on Thursday after their momentous Test series victory over Australia.