I always try to deceive Rohit with flight, says Mishra

Eight Indian boxers, including seven women, stormed into the finals of the youth world championships in Kielce, Poland, an unprecedented achievement for the country in the marquee age group event.

FC Goa put up a spirited fight before going down 1-2 to Group E leaders Persepolis FC, bringing to an end the Indian club's unbeaten run in the AFC Champions League here on Tuesday.

The breakaway European Super League, rocked by the departure of its six English clubs on Tuesday, said it would now focus on efforts to "reshape the project".

Manchester United executive vice-chairman Ed Woodward, one of the leading figures in the breakaway European Super League project, will step down from his role at United at the end of 2021, the Premier League club said on Tuesday.

As Kolkata Knight Riders move to Mumbai for their next two IPL matches, their skipper Eoin Morgan, who had admitted to being “stumped” by the Chennai wicket, will be looking for a fresh start.

The England & Wales Cricket Board on Tuesday announced Ed Smith will leave his role as national selector this month with no replacement to be named as they restructure the selection system for the men's international teams.

BCCI may allow under-23 players to play in 'The Hundred'

For now, the under-23 age-category players, both capped and uncapped, and not on national duty, are being considered. However, TOI understands this is only at a deliberation yet and both cricket boards are nowhere close to confirmation of any sorts yet. 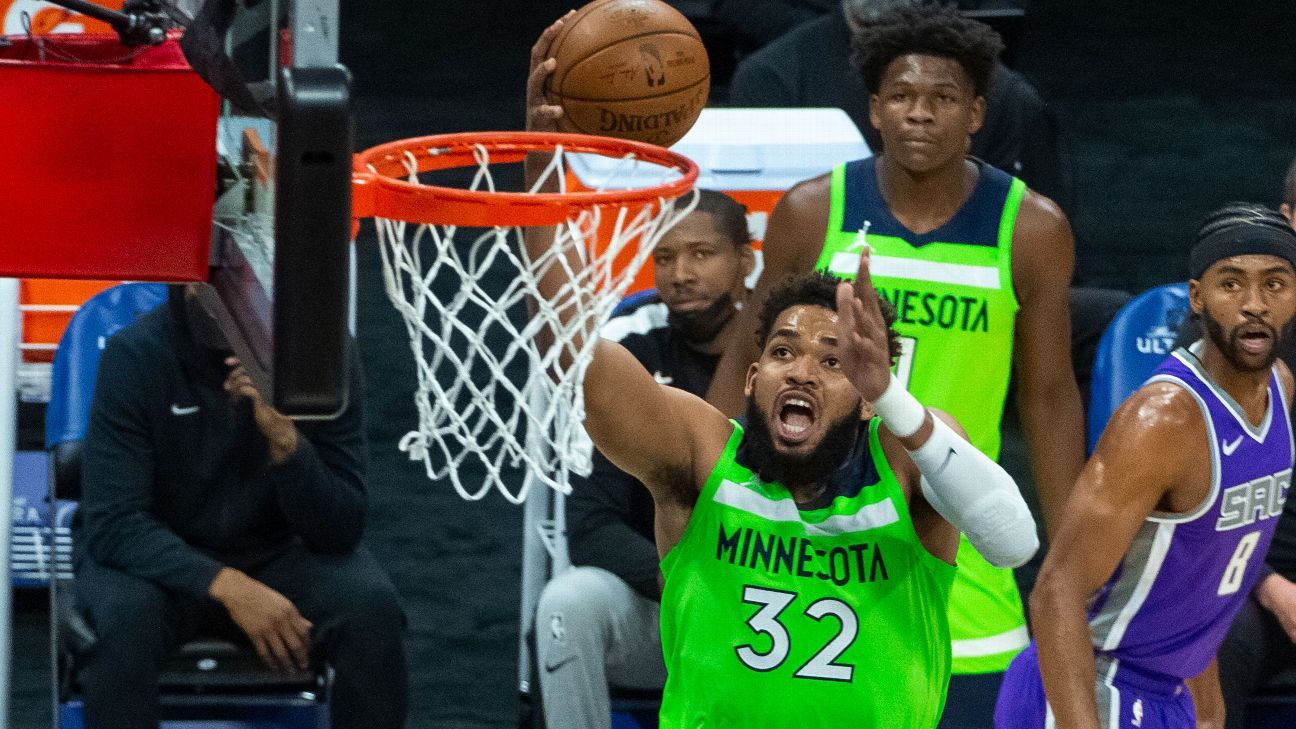 Towns to Floyd's family: 'We're here with them'

The Minnesota Timberwolves dedicated the game ball to George Floyd's family after Tuesday night's win, with Karl-Anthony Towns saying, "We're here with them."

ICC|: Chris Silverwood, head coach of the England cricket men’s team, is to have overall responsibility for squad selection with national selector Ed Smith’s role abolished, the England and Wales Cricket Board announced Tuesday. Smith has been in his role since 2018, in which time England have been crowned 50-over world champions, and will leave at the end of the month. Silverwood will have sole responsibility for the squad selection although Test captain Joe Root and limited overs skipper Eoin Morgan will have their say on the respective starting line-ups. The revamp comes ahead of a busy year for England with the highlights a five Test series against India beginning in August, the T20 World Cup in India and a bid to regain The Ashes in Australia. Ashley Giles, managing director of England men’s cricket, was responsible for the restructuring. He said the selection process had been tried and tested but it had to move with the times. “The current process of selecting England teams has been in place for over 120 years,” said Giles in an ECB statement. “Even though this system has its merits, with advances in technology and a greater information gathering resource at our disposal than ever before, the restructure is in the best interests of helping England men’s teams be successful.” Giles said Silverwood’s extra responsibility will also put him in the spotlight even more if selections do not work out. “The new structure also makes lines of accountability much clearer, with Chris Silverwood, as head coach, taking ultimate responsibility for picking England senior men’s squads.” Giles paid tribute to 43-year-old Smith. “I would like to personally thank Ed for his contribution to the England men’s teams over the past three years,” said Giles. “Ed’s input has helped deliver successes for all our England teams, and he has worked with commitment and professionalism throughout his time as national selector.” Smith said it “had been a huge privilege to work with great people” and wished England success.

We aren't able to capitalise on starts: MI captain Rohit

Mumbai Indians skipper Rohit Sharma blamed yet another below par show by his team's batsmen in the middle overs for the loss against Delhi Capitals in their Indian Premier League match here on Tuesday night. 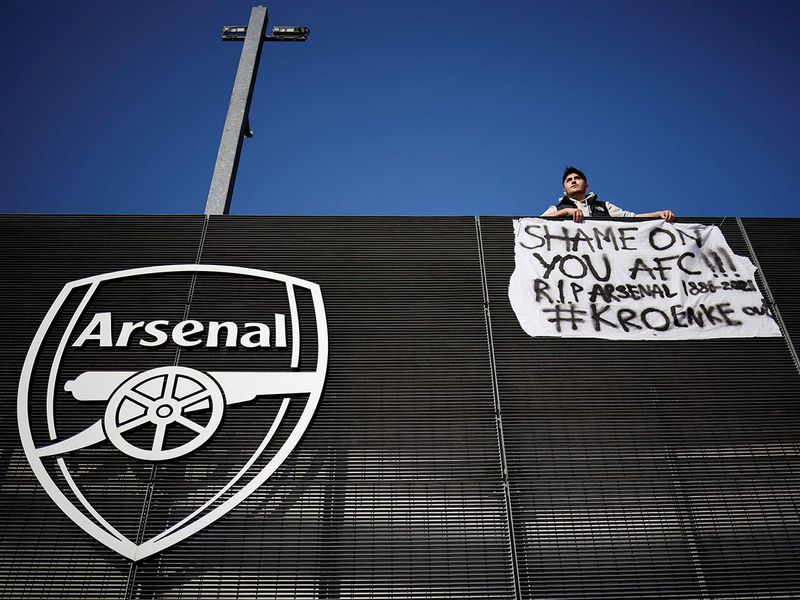 Super League: Fall-out from ESL will be more long-lasting than the breakaway competition itself for clubs like Arsenal and Manchester United

Football|: I’ve had migraines that lasted longer than the European Super League in its original form — and that’s a fact. The breakaway competition, initially featuring 12 top clubs from Europe, was announced on Sunday evening, created a flurry of backlash on Monday, and had all six Premier League teams pull out by late Tuesday. Though the remaining six teams from Serie A and La Liga have yet to withdraw, English football certainly triumphed this week, after fans took to the streets in their numbers to protest. Players and managers stood up and spoke out — from Manchester City’s Pep Guardiola calling the Super League ‘unfair’ to Liverpool’s Jurgen Klopp saying his opinion from 2019 (that he hopes the Super League ‘never happens’) hasn’t changed. Fans have reversed their protests and taken to the streets to celebrate. But, a quick glance at Twitter shows #KroenkeOut is still trending, as Arsenal fans appear to be planning another showing this weekend at the Emirates Stadium to push for club owner Stan Kroenke’s removal. United fans have meanwhile trended #GlazersOut. Before the dust even settled, Ed Woodward – who stepped down from his Uefa roles during the fiasco and was, more or less, called corrupt by the Uefa president – resigned as chairman of Manchester United. It was never unusual to see shaken trust between fans and clubs – but now the world has borne witness to internal cracks. It’s not just dirty laundry on the hanger. It’s dirty laundry strewn across the front lawn, whipping in the wind with a few upturned bins to boot. The process to rebuild trust, and possibly restructure, begins now – within fan communities, within clubs and within governing bodies like Uefa and Fifa. Perhaps the proposed breakaway was intended to poke a sleeping beast, to provoke change, to rewrite the narrative. But it’s hard to say today that any bargaining chips have been gained from it. Fans are agitated and mobilised, and it seems like, for a select few clubs, the fall-out from the Super League could be much more daunting — and long-lasting — than the ESL itself. 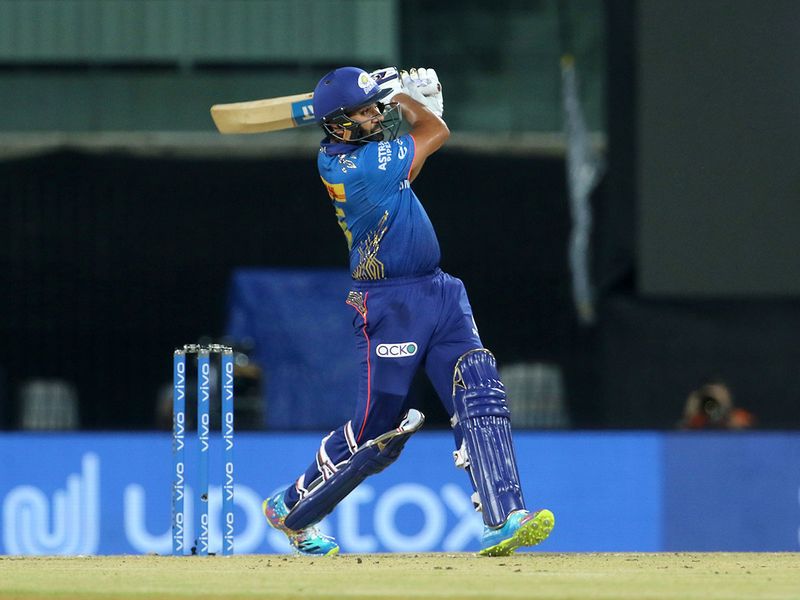 IPL|: Kolkata: The Mumbai Indians middle order, which had been failing to live up to their reputation so far, came in for a blit of flak from their skipper Rohit Sharma as they slumped to their second defeat of IPL 2021 on Tuesday. After defending two modest totals successfully on the slow tracks of Chennai, the champions came up short against Delhi Capitals as they folded up for a paltry 137 for nine against Delhi Capitals. “After the start we got, I thought we could have very batted well in the middle overs, which we didn’t do,” Rohit said at the presentation ceremony. Mumbai had reached 67-1 in the seventh over after a flying start in the powerplay but collapsed against the guile of veteran leg spinner Amit Mishra, who picked up four wickets for 24 runs. Rohit’s side had managed to defend low totals in their previous two matches against Sunrisers Hyderabad and Kolkata Knight Riders but failed to do so on Tuesday as Delhi registered a six-wicket victory. MORE ON IPL 2021 IPL 2021: Straight Bat with Gulf News and Mr. Cricket UAE Anis Sajan - Delhi Capitals vs Mumbai Indians IPL 2021: How Amit Mishra helped Delhi Capitals turn the tables on Mumbai Indians IPL 2021: AB de Villiers in Proteas colours again? call grows louder “That’s something we need to focus on. It’s been happening time and again.” Mumbai had been cruising at 86-1 against Eoin Morgan’s Kolkata before being bundled out for 152, while they raised 55 for the opening partnership against Hyderabad but could not capitalise on the brisk start and managed to get to 150-5. Mishra’s four-wicket haul included the wickets of Rohit and hard-hitting middle order batsmen Hardik Pandya and Kieron Pollard. “We are just not being able to capitalise on the start that we are getting in the powerplay,” said Rohit, who scored 44 and added 58 for the second wicket with Suryakumar Yadav. “This is something we need to understand as a batting unit. That is something we failed to do again. “But you have got to give credit to Delhi bowlers. They kept us tight in the middle, kept the pressure going and kept taking wickets,” the white ball maestro added.

Strugglers Punjab Kings and Sunrisers Hyderabad will be desperate for a win to rejuvenate a stuttering season in the first mid-week double-header of the Indian Premier League in Chennai on Wednesday.

Super League in ruins as all Premier League clubs quit

The proposed European Super League appeared dead in the water on Wednesday after all six English clubs withdrew following a furious backlash from fans and threats from football authorities.