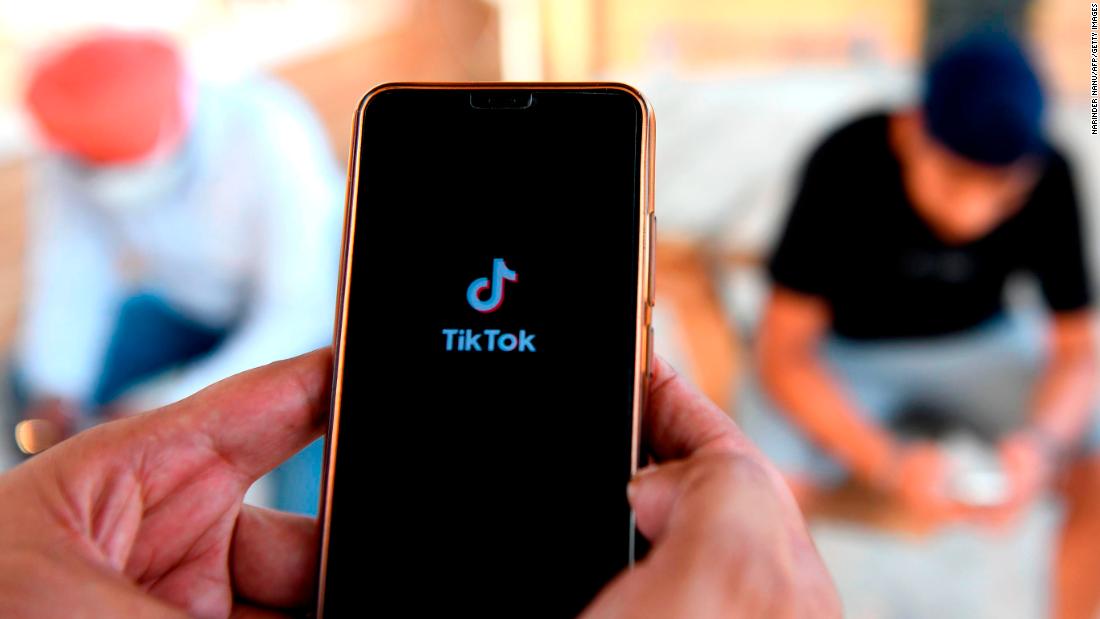 TikTok has been forced to lay off some of its workers in India as the country doubles down on what was already a monthslong ban on the app in the country. 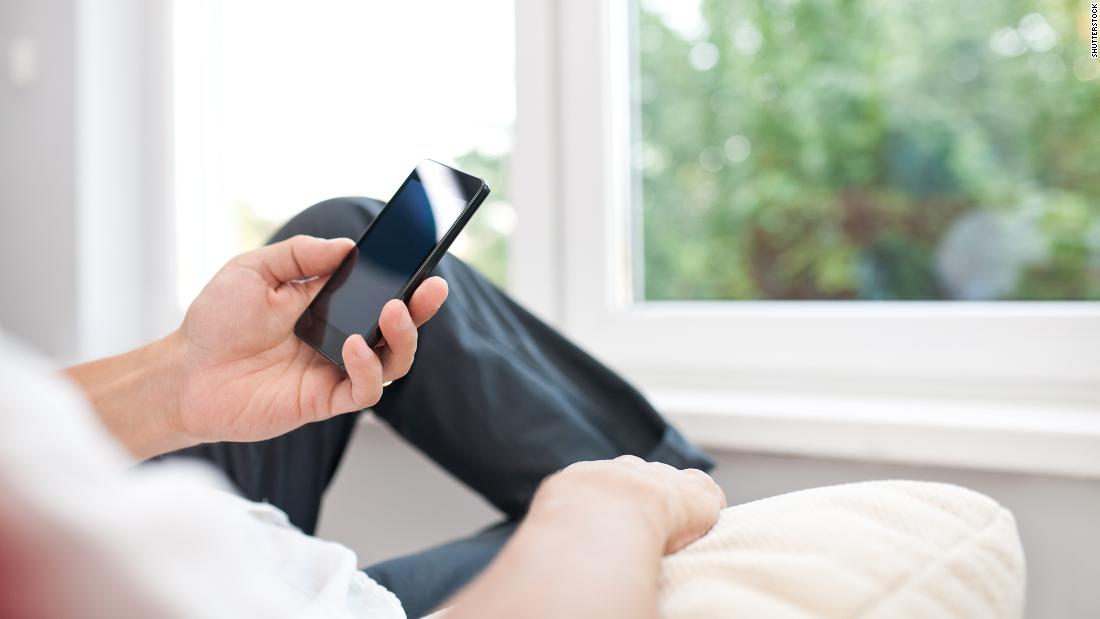 Microsoft patented a chatbot that would let you talk to dead people. It was too disturbing for production

The internet is buzzing over a new technology created by Microsoft developers that could make it possible to have a virtual conversation with a deceased loved one (well, kind of). 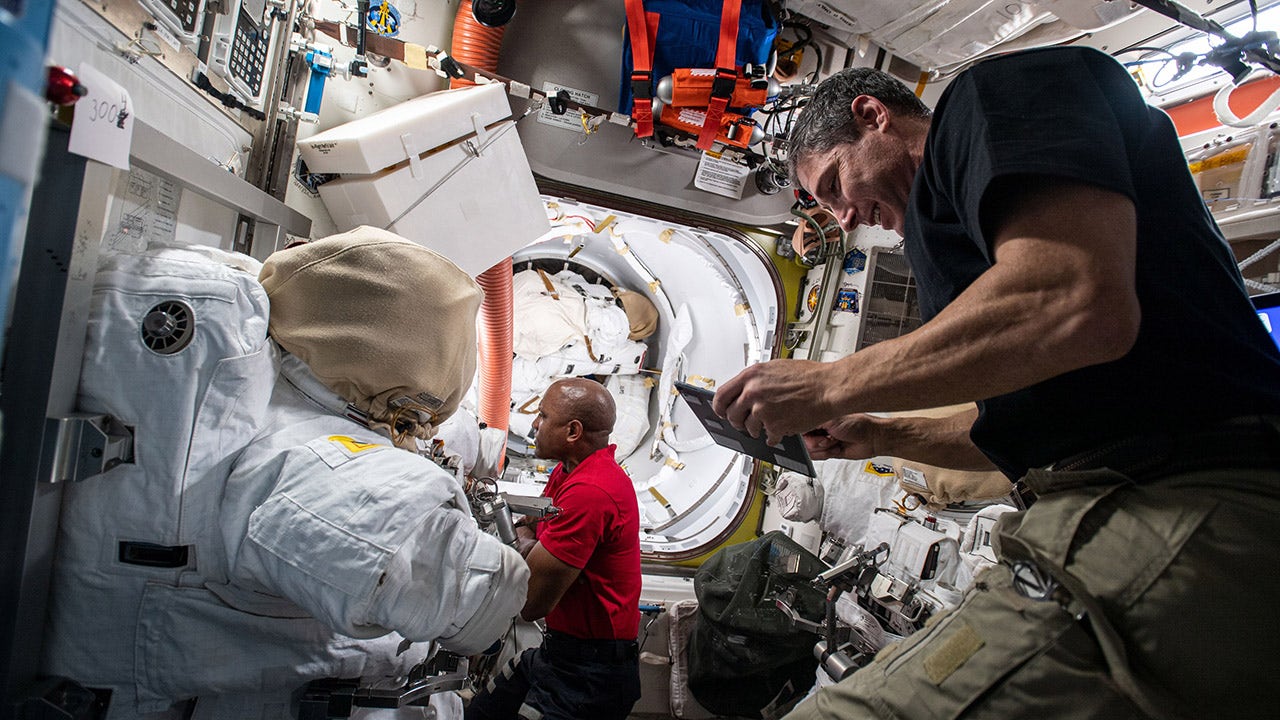 The two astronauts arrived in November aboard the SpaceX Crew Dragon Resilience. 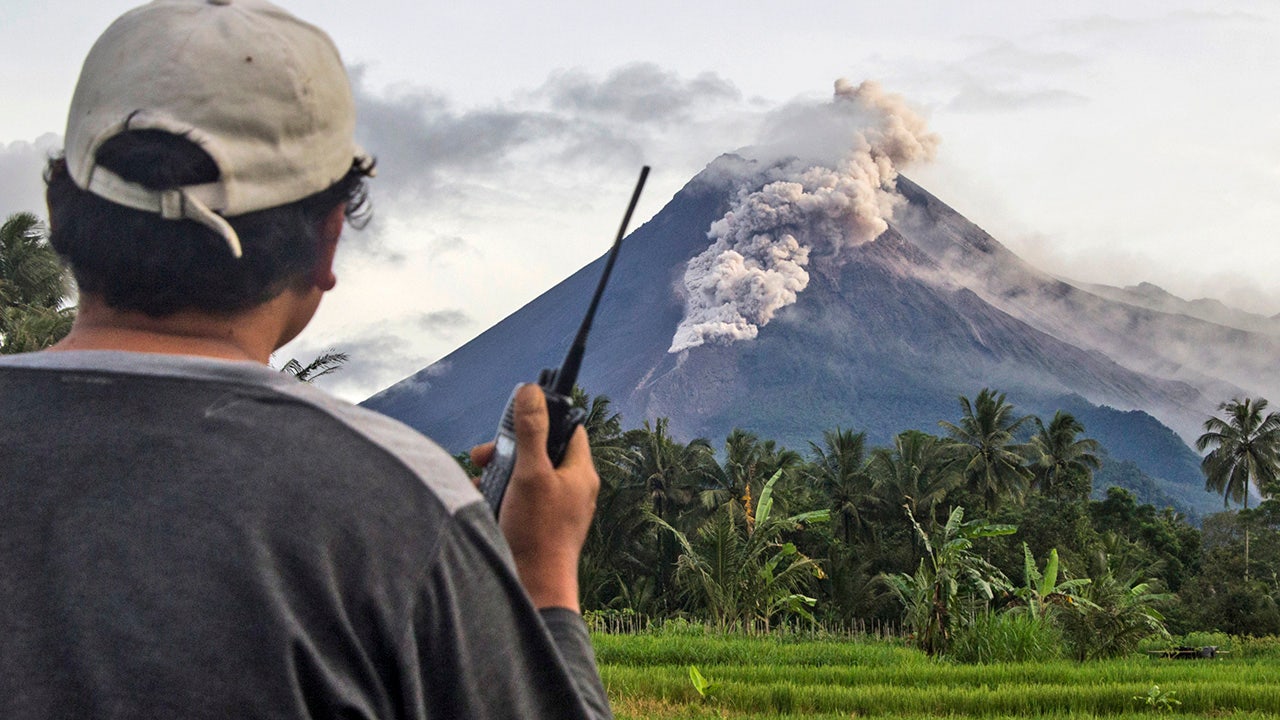 Indonesia’s most active volcano erupted Wednesday with a river of lava and searing gas clouds flowing 1,600 meters (5,250 feet) down its slopes.

The first private space station crew was introduced Tuesday: Three men who are each paying $55 million to fly on a SpaceX rocket. They'll be led by a former NASA astronaut now working for Axiom Space, the Houston company that arranged the trip for next January. 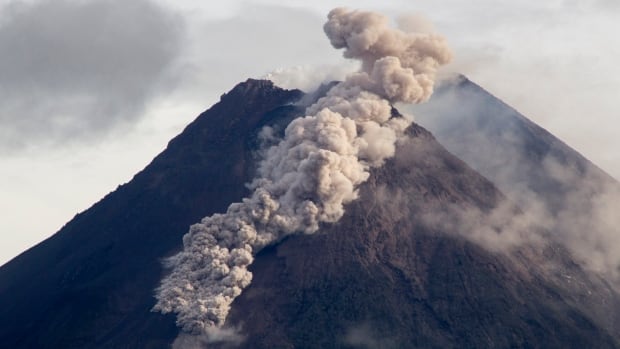 News/World: Indonesia's most active volcano erupted Wednesday with a river of lava and searing gas clouds flowing 1,500 metres down its slopes. 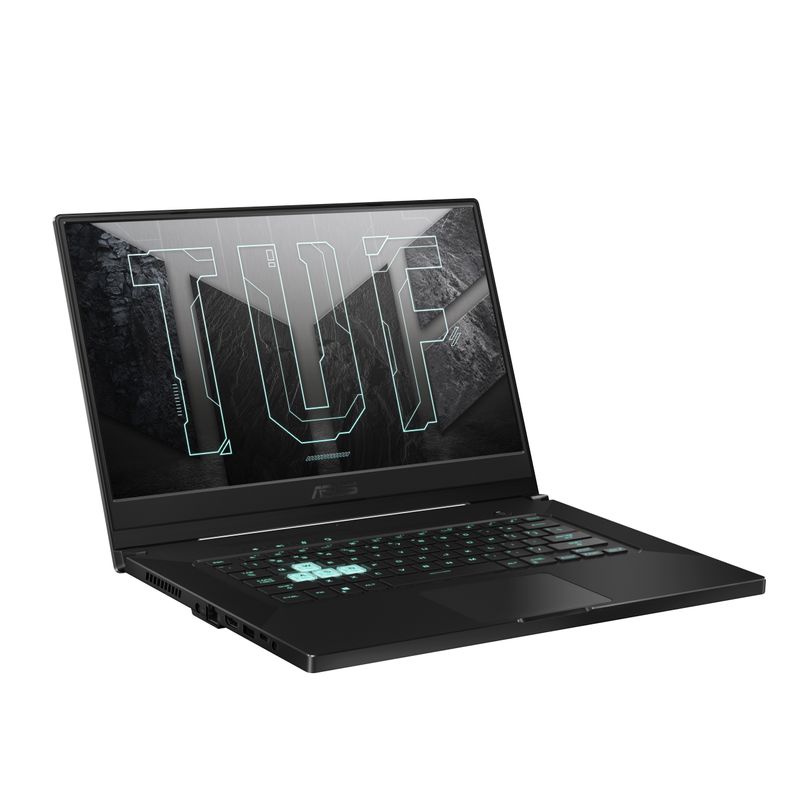 Business|Technology|: At least three recruiters approach Singapore-based software engineer Xiao Yuguang every day with job offers. Demand for Xiao's skills has soared since he graduated in 2014 with a computer engineering degree but now he just ignores the offers, having recently joined TikTok owner Bytedance after several years with Southeast Asia's Grab. "It's not like I want to change jobs frequently," said Xiao. Singapore is aiming to become a regional tech hub but faces a severe talent crunch as more firms move in, interviews with more than a dozen recruiters, companies and workers show. China's Tencent, Bytedance, U.S.-based Zoom Video Communications and unicorn Grab and Sea Ltd are among companies expanding in Singapore, fueling a war for tech talent in the city-state, where the jobless rate had reached a 16-year high due to a coronavirus-induced recession. "Certain member companies have been expanding their operations ... and looking to hire more data scientists, more coders," said Lei Hsien-Hsien, chief executive officer at the American Chamber of Commerce in Singapore. "So the demand is very strong but the supply is relatively weak, which then slows down some of the expansion plans." Up to 500 new tech vacancies are posted each week on job sites, according to NodeFlair, which is helping hire for Bytedance and Sea's e-commerce business Shopee. The information communications sector would need another 60,000 professionals over the next three years, cabinet minister Vivian Balakrishnan said in June. In response to a Reuters query on the figure, the communications ministry said in mid-September there were nearly 10,000 tech-related job postings on a government-run careers portal and another 6,800 jobs and traineeships would be created by June 2021 through industry partnerships. Border curbs due to the coronavirus and tighter foreign worker policies are delaying overseas hiring, exacerbating the shortage, some headhunters said. Some tech professionals can command pay increases of up to 30% when they switch jobs. "It's not sustainable," said Daljit Sall at recruitment firm Randstad, who expects salaries to even out once borders reopen and as the talent pool develops. The government has been re-training thousands of people with tech skills while the intake for IT courses at Singapore colleges has risen 17% over the past three years to about 7,600 for the 2020 academic year. 'SMALL ISLAND' Singapore, an Asian base for many multinationals and banks, has for years had a tight labour market and the country of 5.7 million people does not yet have the capacity to quickly match the tech skills and experience the industry needs. "There are a lot of tech companies coming in and it's a small island," said Raagulan Pathy, head of enterprise Asia Pacific at Zoom, which plans to hire hundreds of engineers. "The simple maths of it means that at a certain point you are going to run out of talent," said Pathy, adding that Singapore's programme for allocating visas for foreign workers was pragmatic. For now, the labour crunch does not seem to be putting anyone off. The Economic Development Board (EDB) is getting healthy interest from global tech companies keen to expand operations, it said. "We constantly seek to ensure companies who set up here have access to a strong Singaporean workforce complemented by a diverse foreign workforce," said Managing Director Chng Kai Fong. The EDB has various programmes to bridge the skills shortage including one that helps tech companies bring in talent from overseas and a new work visa for top-tier tech executives. The work visa, launched this month, has prompted many enquiries, recruiters said. But it is limited to 500 participants and has strict criteria. Companies are finding ways to cope. Shopping rewards platform ShopBack resorts to reallocating workload to its existing engineers to meet new demands. Fintech firm Nium's 250-strong engineering team is in India. Its 13-strong team of product managers is being doubled in Singapore, CEO Prajit Nanu said. Singapore's open economy was hit hard by the pandemic, airlines and tourism in particular, and former Singapore Airlines flight attendant Alloysius Lee is thankful he decided to study data analytics. "I feel lucky ... I spent the past few years learning and picking up a new skill," said Lee, 32.

Technology|Business|: New York: Walmart is enlisting the help of robots to keep up with a surge in online orders. The company said Wednesday that it plans to build warehouses at its stores where self-driving robots will fetch groceries and have them ready for shoppers to pick up in an hour or less. Walmart declined to say how many of the warehouses it will build, but construction has started at stores in Lewisville, Texas" Plano, Texas" American Fork, Utah" and Bentonville, Arkansas, where Walmart's corporate offices are based. A test site was opened more than a year ago at a store in Salem, New Hampshire. Walmart hopes the warehouses will speed up curbside pickups, where orders are brought outside to shoppers' cars. Both options became increasingly popular as virus-weary shoppers avoid going inside stores. At the start of the pandemic last year, Walmart said delivery and pickup sales grew 300%. The company said the robots won't roam store aisles. Instead, they'll stay inside warehouses built in separate areas, either within a store or next to it. Windows will be placed at some locations so shoppers can watch the robots work. The wheeled robots carry crates of apple juice, cereal and other small goods to Walmart workers, who then bag them for shoppers. Rival Amazon uses similar technology in its warehouses, with robots bringing books, vitamins and other small items to workers to box and ship. Walmart said the robots save time since employees don't have to walk store aisles to find items. Workers will, however, have to go into the store to pick out fresh groceries, such as meat, fish and vegetables. They'll also have to grab TVs, vacuum cleaners and other large items that are too large for the robots to carry.

Media|World|Business|: YouTube Shorts - the video-sharing website's quick clips meant to compete with TikTok - are racking up 3.5 billion views a day during beta testing in India, the platform's head said Tuesday. Susan Wojcikci explained the feature in a note laying out her 2021 priorities. "So far, videos in our new Shorts player - which helps people around the world watch short videos on YouTube - are receiving an impressive 3.5 billion daily views!" she said. "We're looking forward to expanding Shorts to more markets this year." YouTube, a subsidiary of Google, unveiled Shorts in mid-September, describing the videos as "a new way to express yourself in 15 seconds or less." The feature, directly integrated into the existing YouTube interface, is currently only available in India as part of development work. The new format is seen as a way for Google to compete with Gen Z-favorite TikTok, which currently has 700 million users worldwide. Former president Donald Trump had threatened to ban TikTok - owned by Chinese group ByteDance - from the United States when he accused the company, without formal proof, of spying on behalf of Beijing. Facebook-owned Instagram responded to TikTok's popularity with their own short video format called Reels last August. And in November, Snapchat launched Spotlight, a public feed of content produced by users. 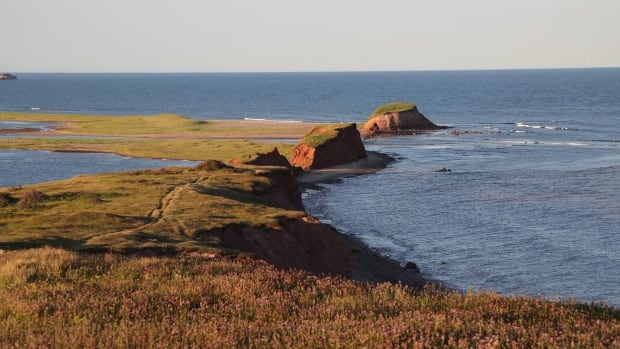 News/Canada/Nova Scotia: A decade-long warming trend in the Gulf of St. Lawrence continued in 2020 with deep waters reaching record highs, according to ocean climate data released Tuesday by the Department of Fisheries and Oceans. 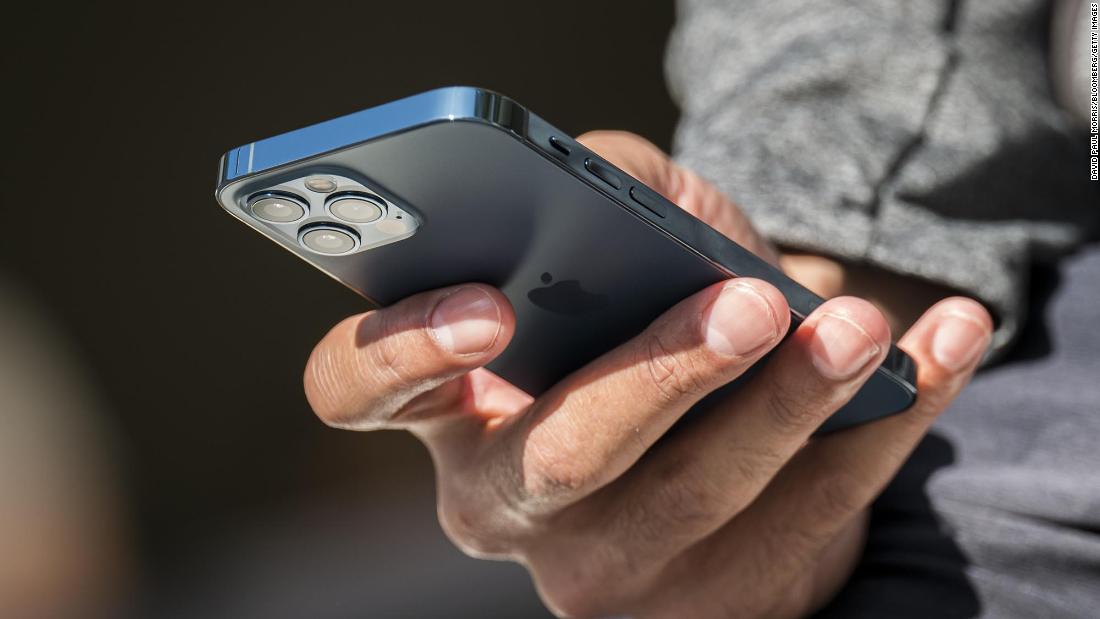 You should update your iPhone right now

Apple is urging iPhone and iPad users to promptly update their operating systems to fix security bugs that may have already been exploited by hackers. 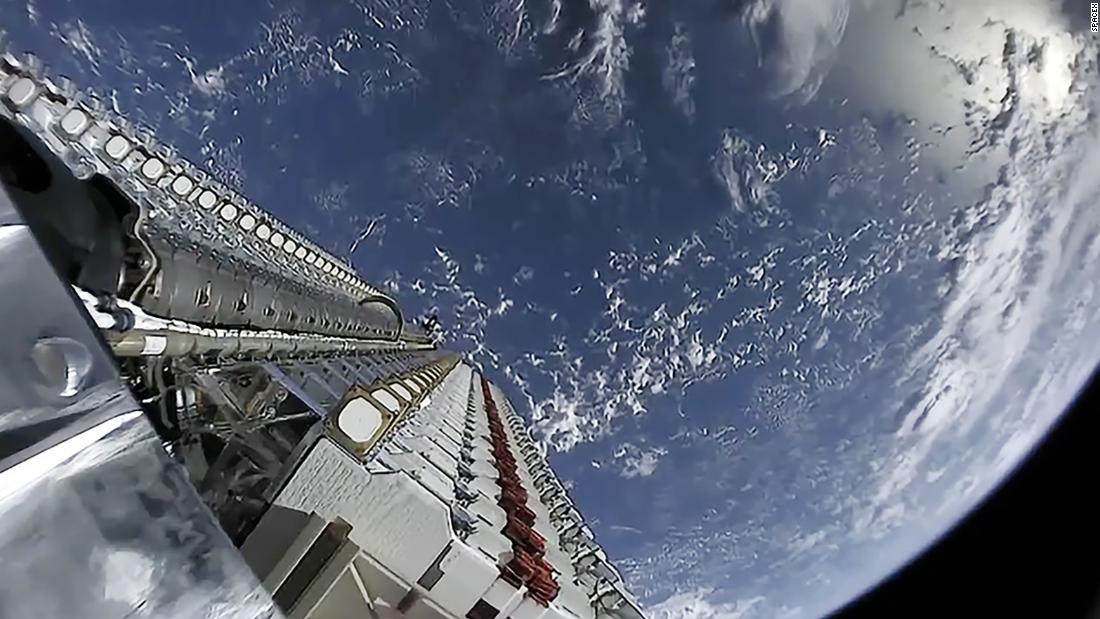 SpaceX and Amazon — companies run by the two richest men in the world — are sparring over their competing satellite-based internet businesses, with SpaceX accusing Amazon of "stifling competition" and Amazon accusing SpaceX of looking to "smother competition in the cradle." 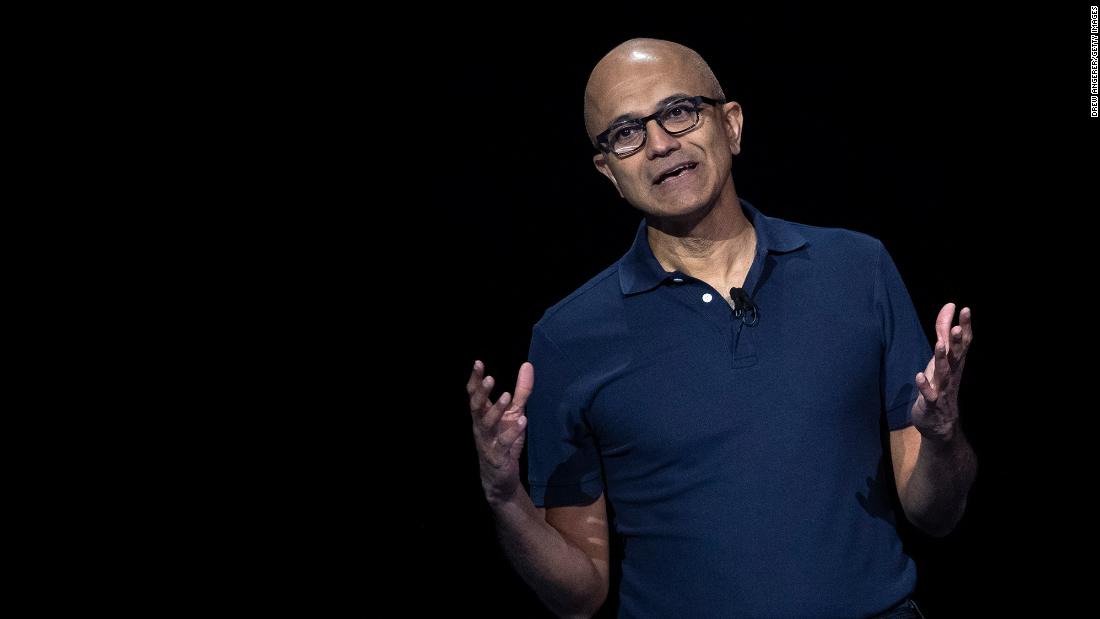 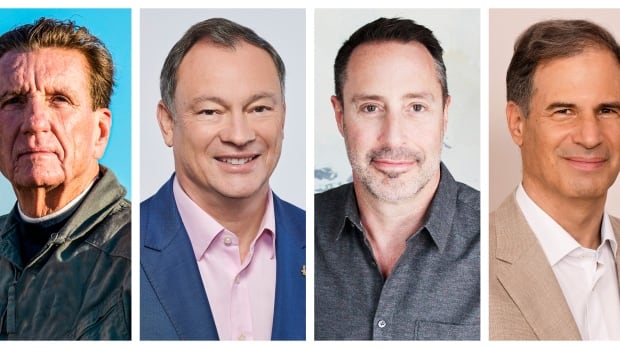 News/Technology & Science: The first private space station crew will be made up of a mission commander and three men paying $55 million each to fly to the International Space Station on a SpaceX rocket. The first customers include Canadian financier Mark Pathy, Larry Connor, a real estate and tech entrepreneur from Dayton, Ohio, and Israeli businessman Eytan Stibbe. 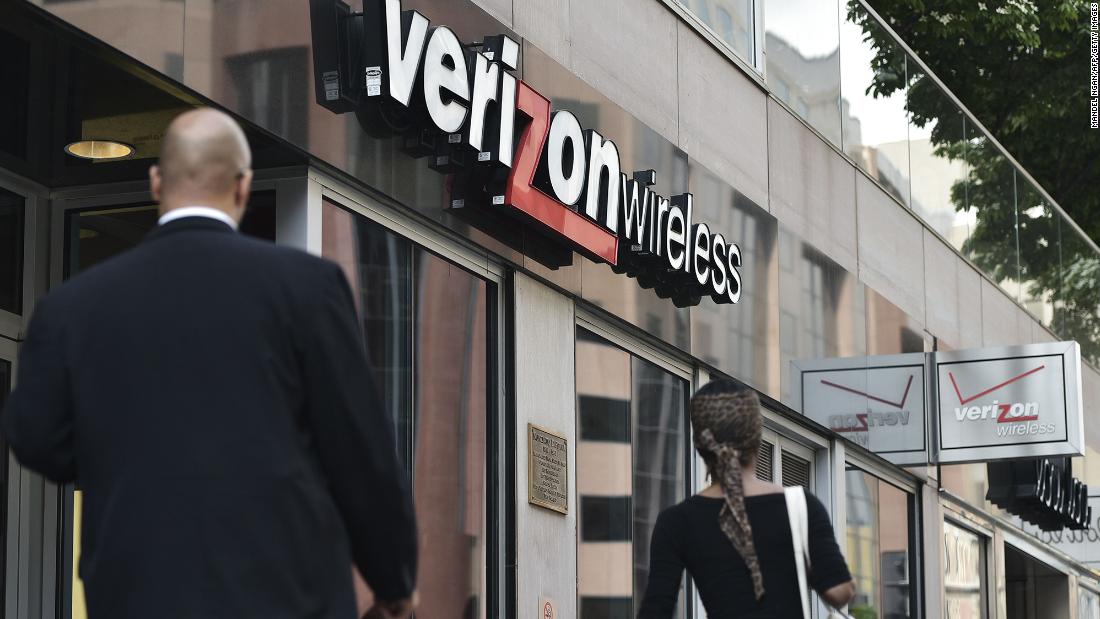 Many people living on America's East Coast were without Internet for part of Tuesday because of Verizon Fios service issues. 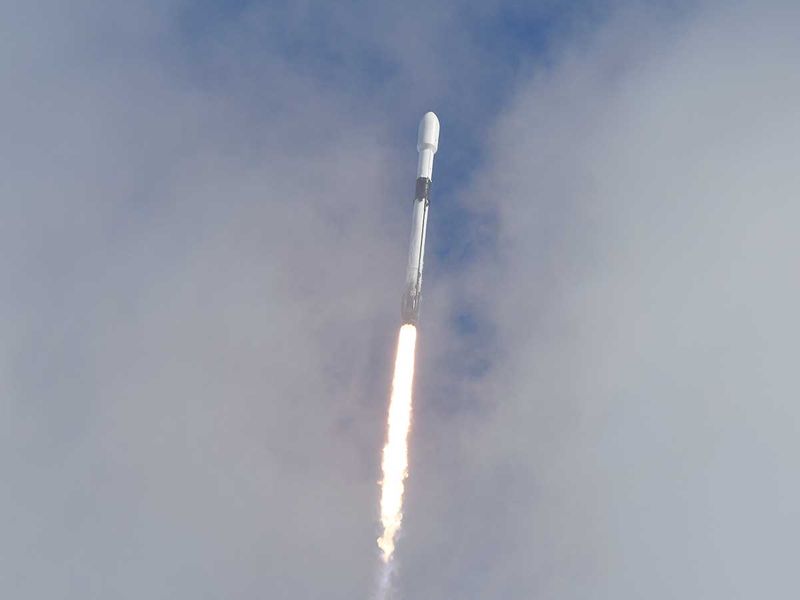 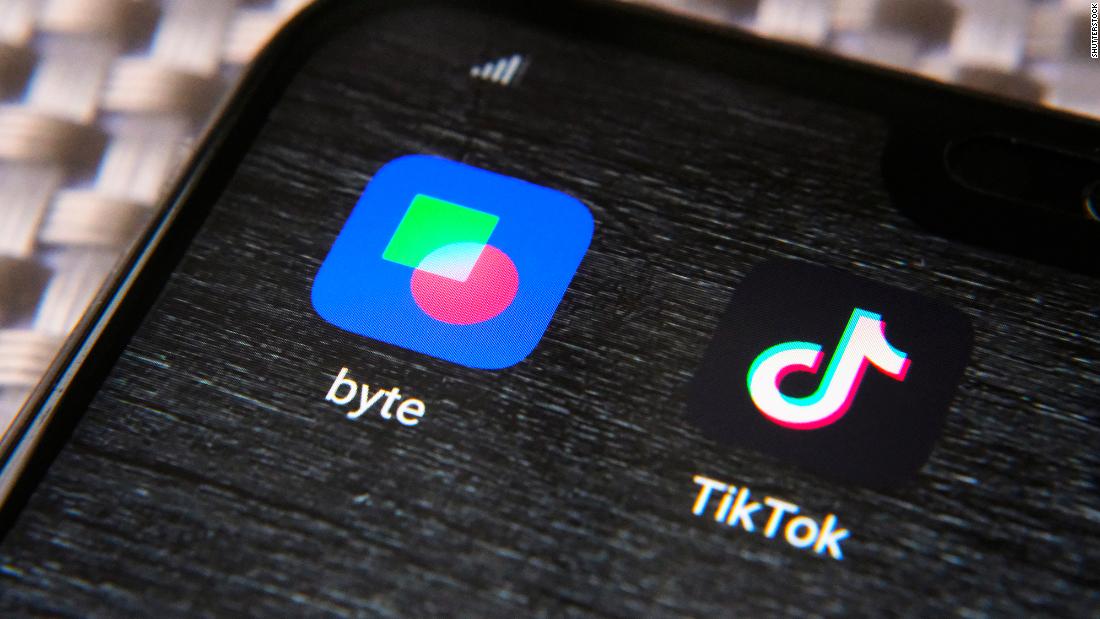 Two of TikTok's competitors are merging

Two of TikTok's rivals in the United States are joining forces at a time when TikTok itself now appears to be here to stay. 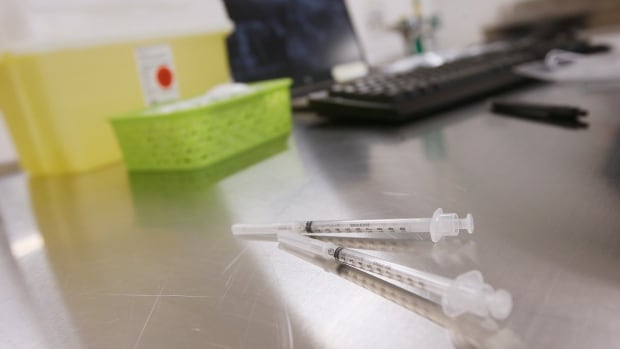 News/Health: A made-in-Canada vaccine to protect against COVID-19 is to begin human clinical trials Tuesday in Toronto, says the biotechnology company that developed the vaccine. 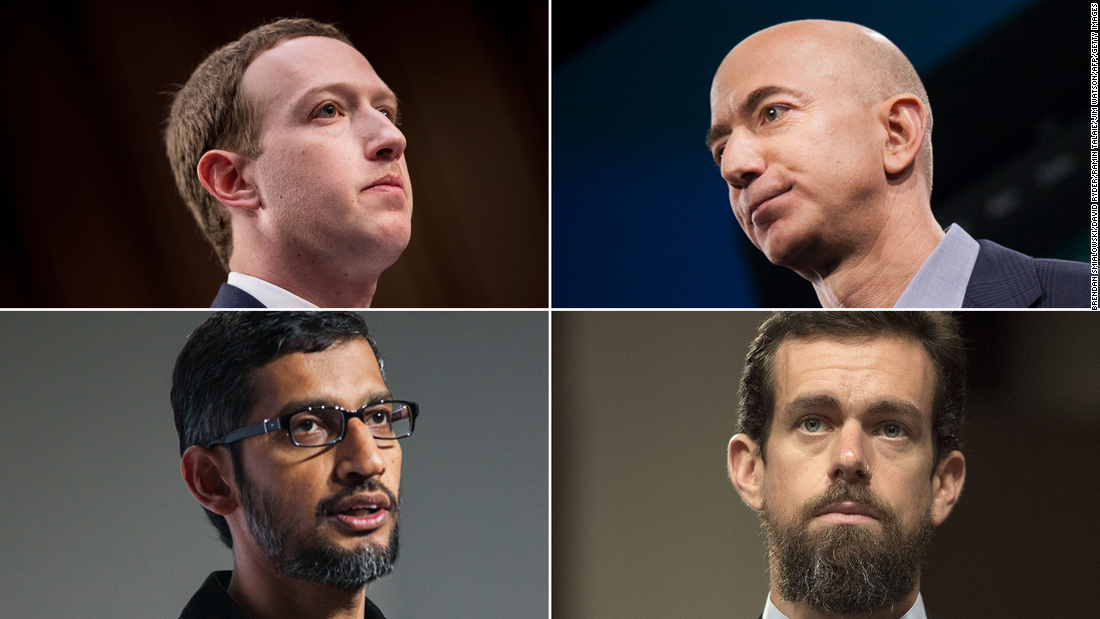 What the Biden administration means for the future of Silicon Valley

The biggest tech companies spent much of the last four years in Washington playing defense: Answering to threats of regulation and repeatedly being called before congressional committees; serving as former President Donald Trump's foil on social media moderation; and protesting his approach to immigration and tariffs.