Yesteryear actress Tabassum's phone hasn't stopped ringing since early this morning and her son Hoshang Govil saw many missed calls when he woke up. Calling back on some of them, he realised that it was being said that his mother was no more. When contacted, Hoshang told ETimes, "I am fed up. I don't know who started a fake news department against my mother's health. She was hospitalised for Covid and when she tested negative, it was being reported that she's got Alzheimer's. And now, it's being said that she has passed away. Ridiculous!"

On their road to global domination, BTS was announced as the new face of a high-end fashion label. The official announcement, inducting the pop superstars as ambassadors for the brand, via a Twitter post.

In an exclusive conversation with ETimes, the Suchitra Pillai spoke about her ongoing web show MX Player’s ‘Hello Mini 3’, and how she approached the character to make it stand out. She also spoke at length about having constant work in the industry, dealing with the pressure of expectations among other things. Read on:

Kareena and Saif snapped outside a clinic

Kareena Kapoor Khan and Saif Ali Khan were seen visiting a clinic on Friday afternoon. The couple was seen stepping out in their casual attires with their masks on due to ongoing Covid-19.

Saif Ali Khan’s sister Saba Ali Khan is quite active on social media. She is often seen sharing priceless family moments on Instagram. Today, she took to her handle and shared a childhood picture of her nephew Ibrahim Ali Khan and it is too cute to miss!

Varun on exercises he did during COVID-19

Varun Dhawan recently wrapped 'Bhediya' schedule in Arunachal Pradesh. After completing the shoot, he returned to Mumbai with his wifey Natasha Dalal. Recently, the actor took to his social media handle to talk about the breathing exercises that were helpful for him while recovering from Covid-19 last year.

Pics: Saniya Iyappan’s is a fashionista

Saniya Iyappan’s wardrobe has everything a fashionista should own!

After the shocking demise of music composer Shravan Rathod, Bollywood has woken up to the news of actor Amit Mistry passing away. Tusshar Kapoor, who has worked with him in ‘Shor In The City’, condoled his untimely death.

Cinematographer Johny Lal passed away in Mumbai on Wednesday. Reports suggest that he succumbed to Covid-19. After hearing the news of his demise, a lot of Bollywood actors took to social media and mourned his loss.

Tara is also one of the trendsetters and her social media is proof. Talking about her online popularity, the actress today crossed six million followers on Instagram. Celebrating the milestone, she took to her Instagram story and shared a video of herself surrounded by balloons to mark the achievement.

The Spirits, usually held in a giant tent on the Southern California coast, have sometimes been a laid back dress rehearsal for the Academy Awards. 'Moonlight', 'Spotlight', 'Birdman' and '12 Years a Slave' all won at the Spirits before taking Best Picture at the Oscars.

With the song 'Rab Manneyaa', Lakhwinder who’s been around in the music industry for over a decade now, made his Bollywood debut as a playback singer. When ETimes got in touch with him, he opened up about his creative process and the qualities he has imbibed from his father. Read on...

Sushmita Sen gives it back to a troll

Sushmita Sen recently managed to arrange for a few oxygen cylinders for hospitals in Delhi following an acute shortage of the same. A Twitter user criiticised her for sending them to Delhi instead of giving it to Mumbai hospitals and this is what she replied. 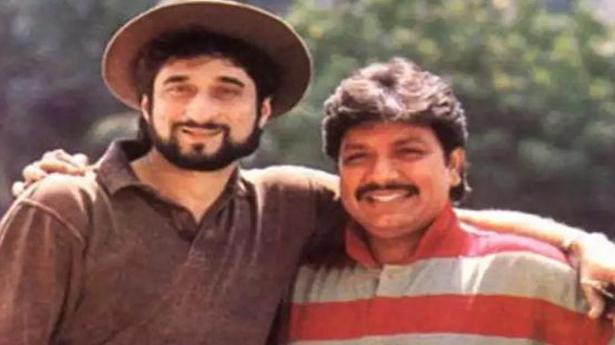 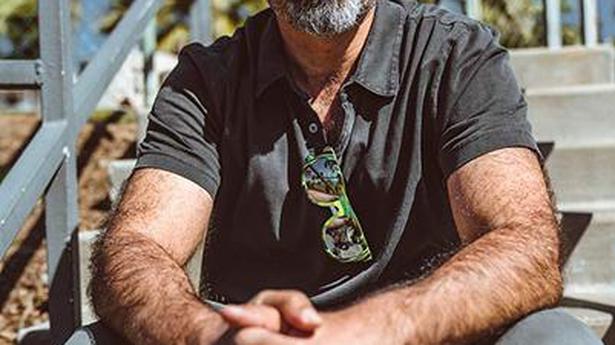 Movies: Going beyond the polarisation in US politics, director Ben Rekhi aims to bridge the divide among parties and get people talking about issues like race in his latest documentary

Boman has an alternate profession for Aamir

Boman Irani and Aamir Khan have worked together in Rajkumar Hirani’s ‘3 Idiots’. Recently, the senior actor was asked to pick an alternate profession for the Perfectionist of Bollywood and this is what Boman had for Aamir!

PC shares a cute pic with her pooch Gino

Global icon Priyanka Chopra has a treat for fans amid the grim situation due to COVID-19. She took to her Instagram and shared an endearing picture with her German Shepherd Gino as she extended a ‘virtual hug’ for her fans. 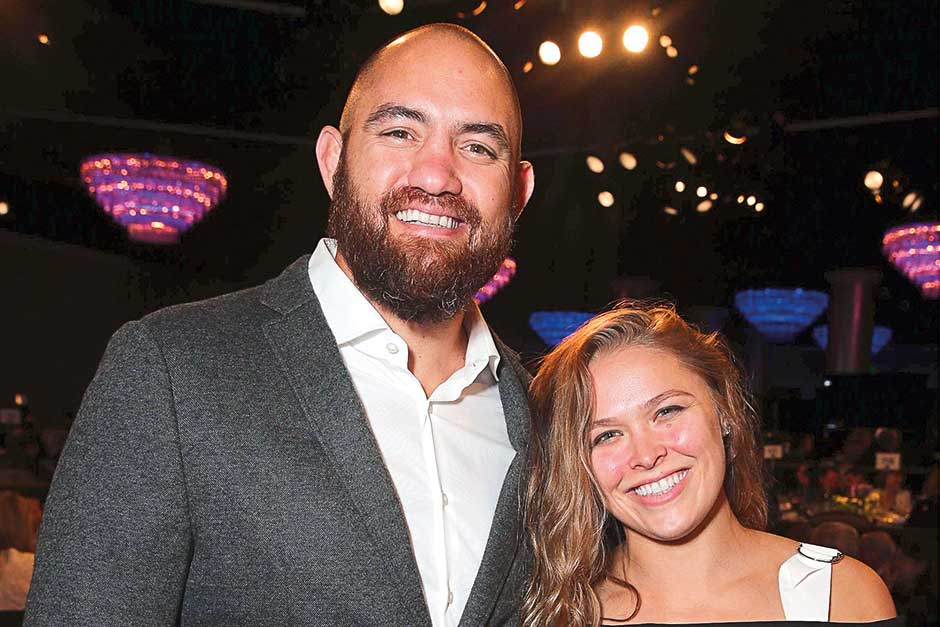 Sport|Entertainment|HollyWood|: Dubai: Ronda Rousey, who followed Olympic judo bronze with a stellar mixed martial arts career, is expecting her first child with husband Travis Browne. Rousey revealed in a video on social media that she’s four months pregnant. “I can’t hide it anymore, so it’s time to show it off,” she said with a laugh as Browne gave her a kiss and a hug. It was part of a video that clips of the 34-year-old attending doctor appointments with Browne. Rousey won judo bronze at the 2008 Beijing Olympics before becoming the Ultimate Fighting Championship women’s bantamweight champion. She won 13 straight bouts and helped establish UFC as a global brand before fellow American Holly Holm knocked her out in 2015. Rousey has also tried her hand at WWE wrestling and appeared in action movies, including “Expendables 3” and “Furious 7”. She and fellow fighter Browne have been married since 2017.