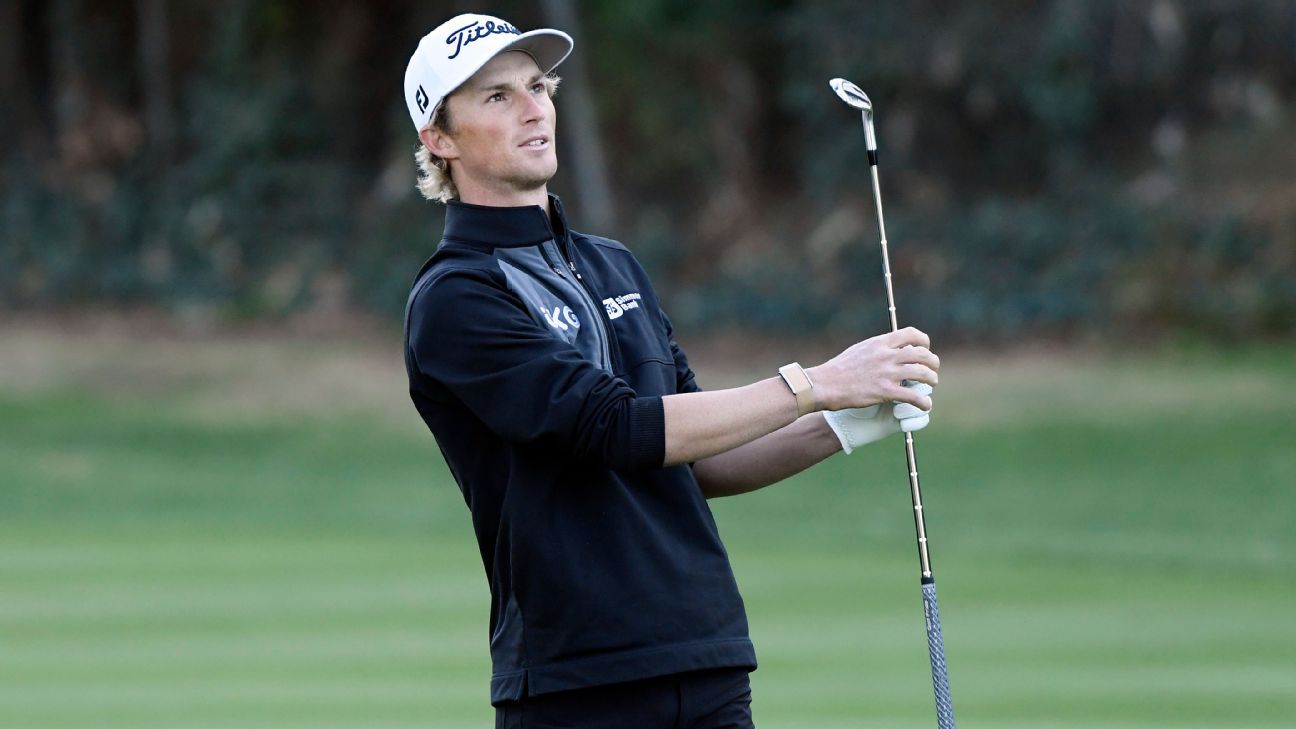 Adam Sandler has entered the Will Zalatoris-Masters chat

Will Zalatoris' 'Happy Gilmore' tribute is almost as excellent as his play at Augusta National. 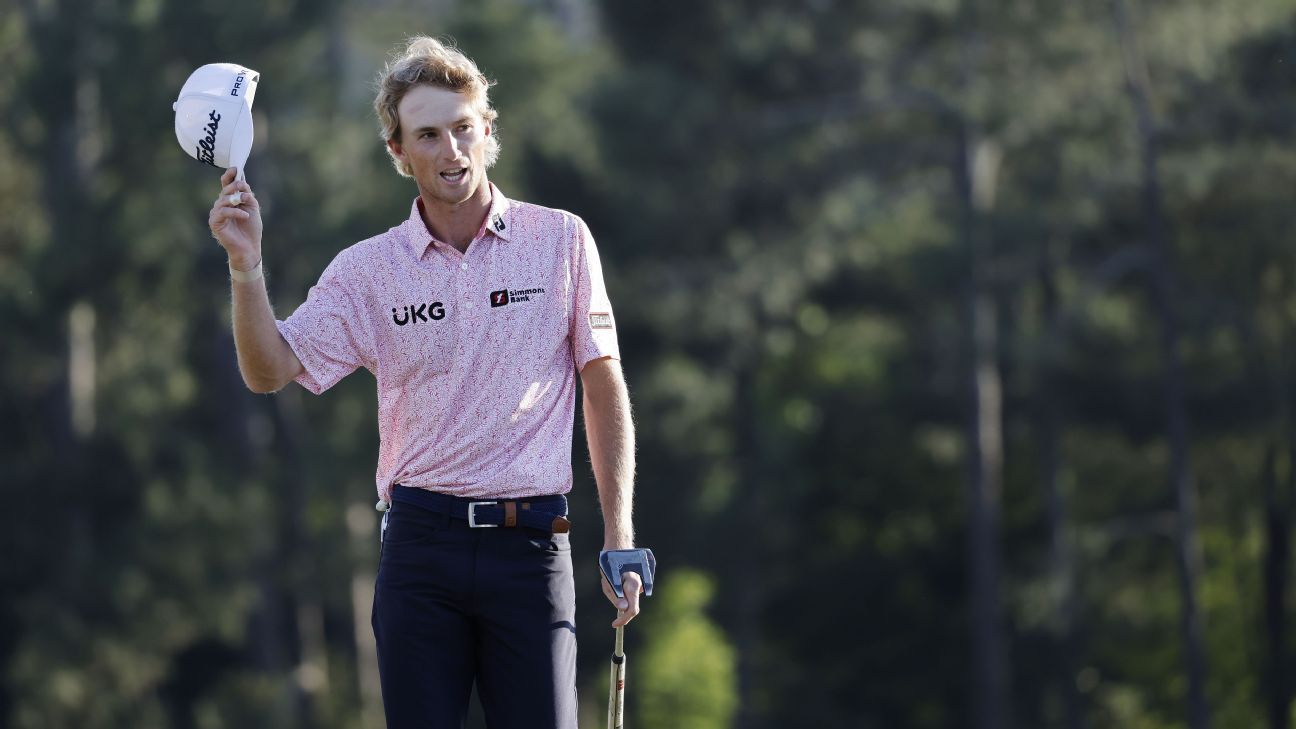 You haven't heard the last of Will Zalatoris at the Masters

Maybe it seemed like a surprise to see his name on the leaderboard or that he finished second. Not to him, or those that know his game. He has no intention of stopping with this performance at Augusta National. 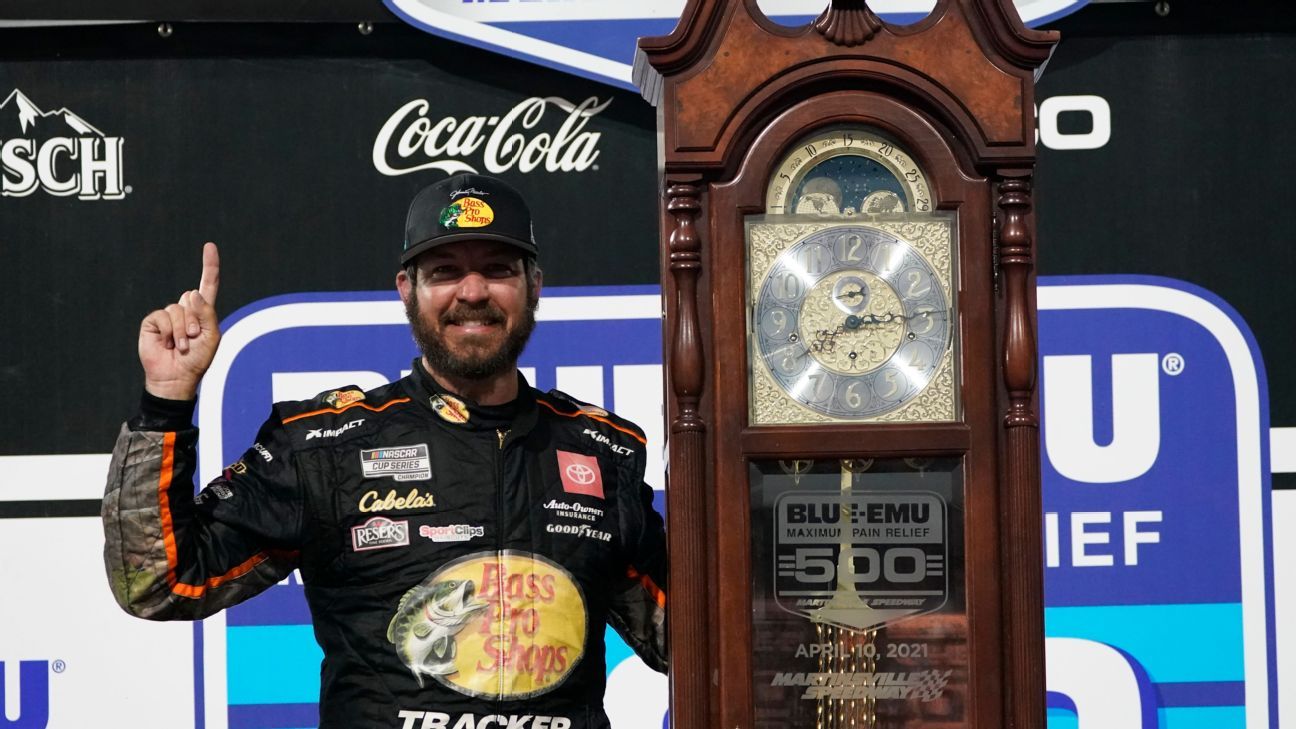 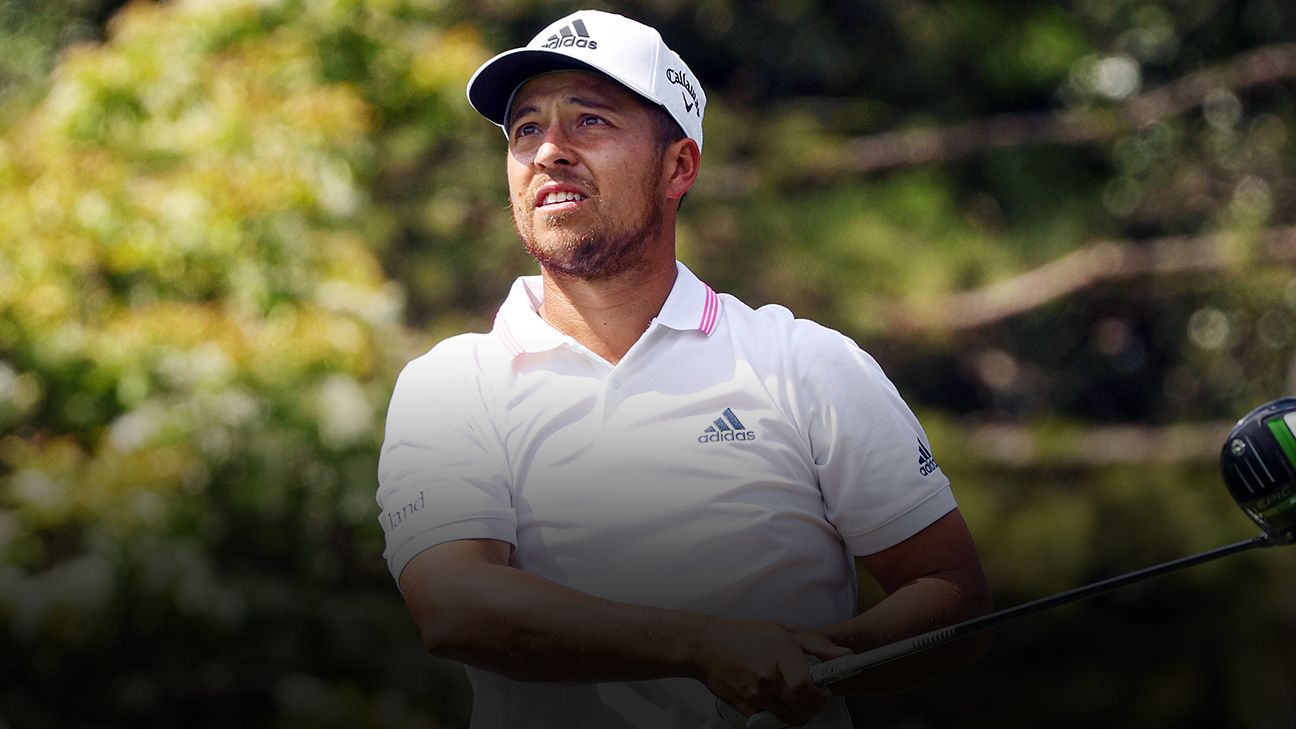 Xander Schauffele, 27, had a strong showing in the final round of the Masters on Sunday, eventually settling into a third-place tie with Jordan Spieth. 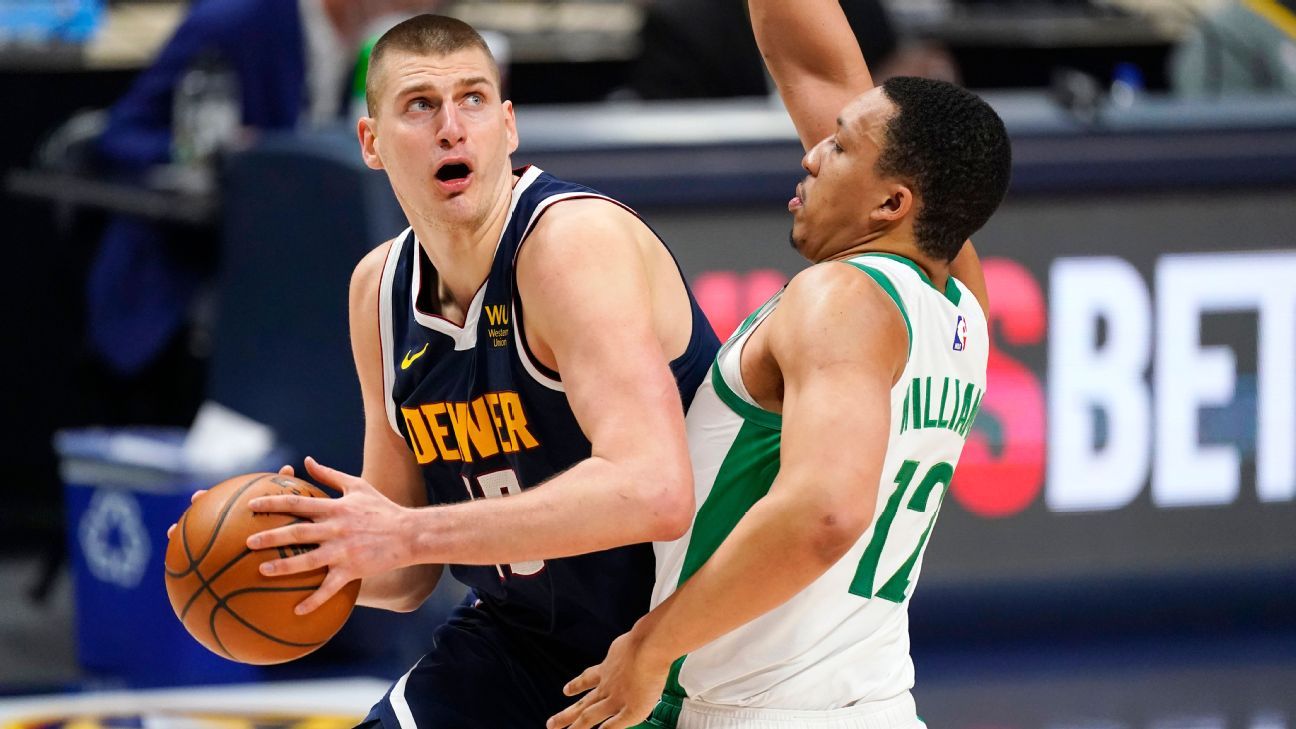 Denver let one get away against the Celtics, but Nikola Jokic & Co. have shown they have the pieces to survive the rugged Western Conference. 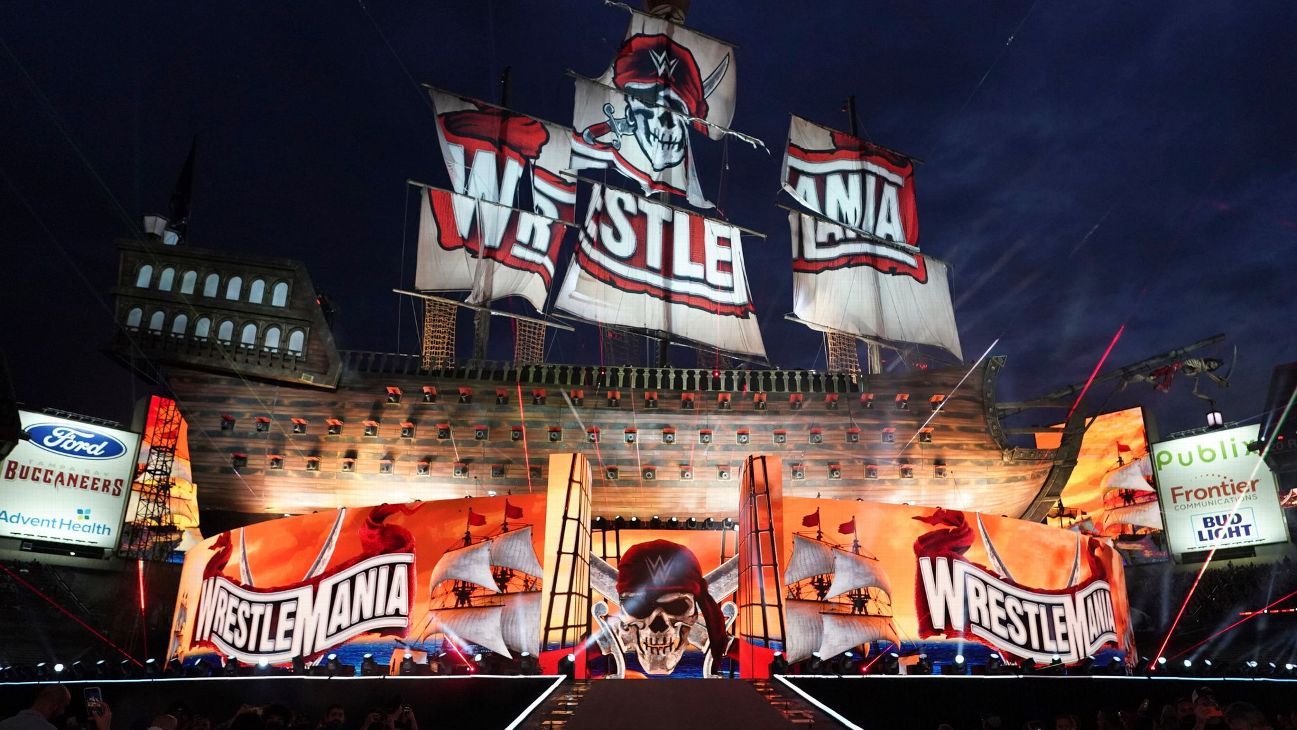 Follow along with live breakdowns of the second night of WWE's annual supershow, WrestleMania. 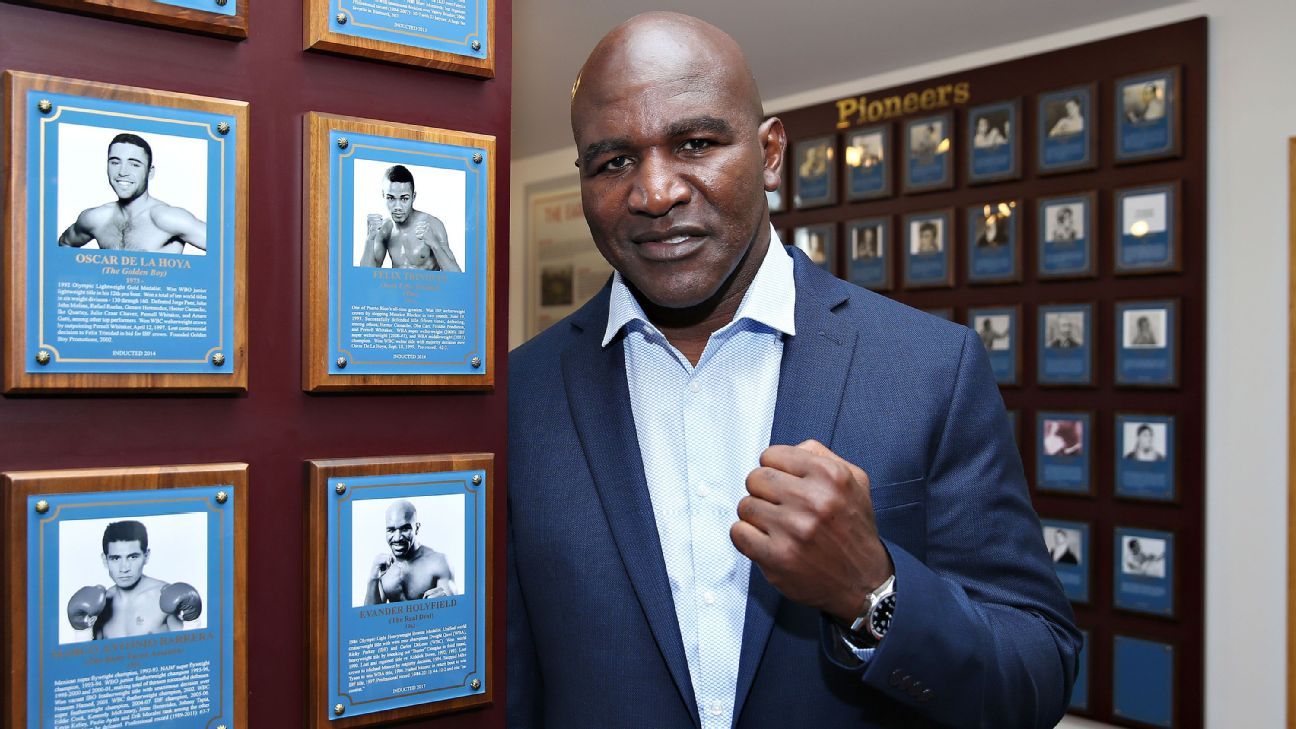 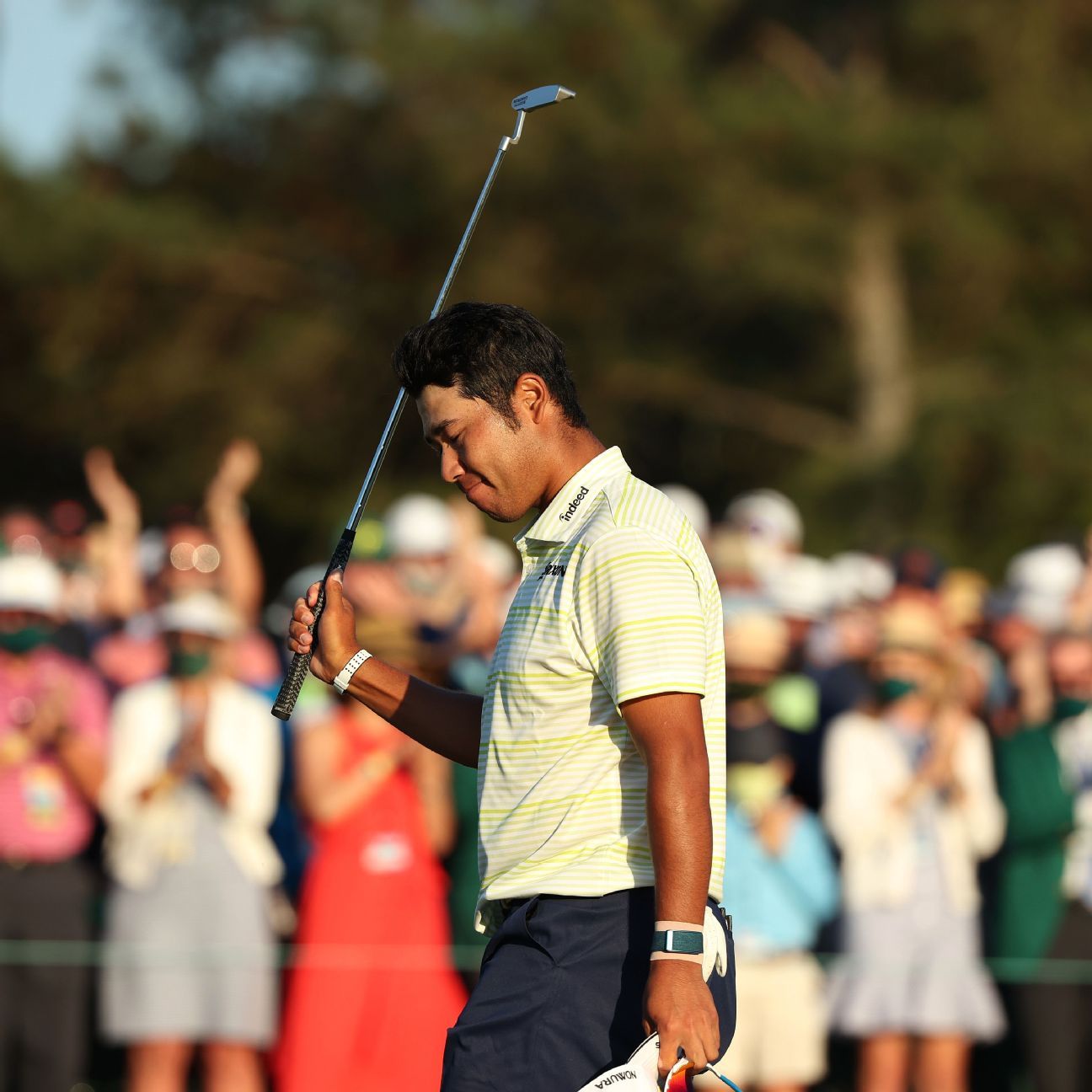 Hideki Matsuyama became the first Japanese man to win a major as he cruised to a Masters victory on Sunday. 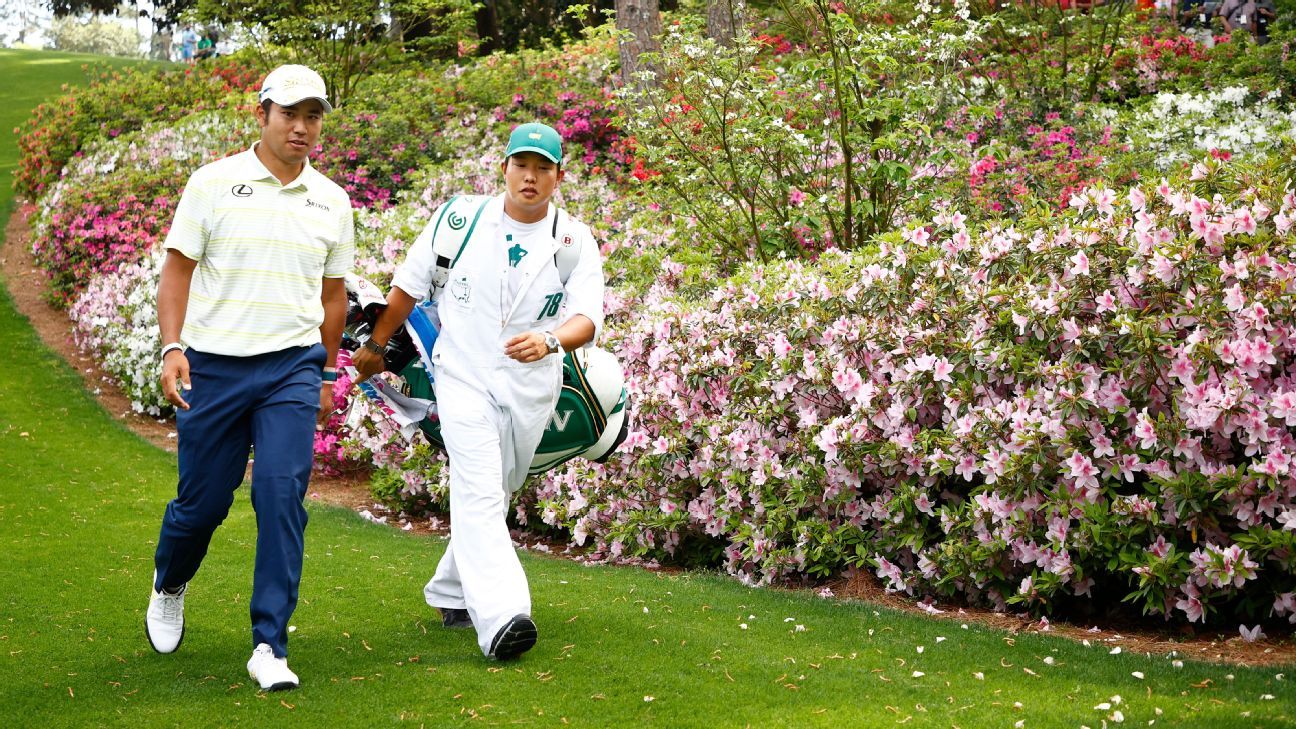 Hideki Matsuyama became the first male golfer from Japan to win a major championship when he held off the field to win the Masters on Sunday. 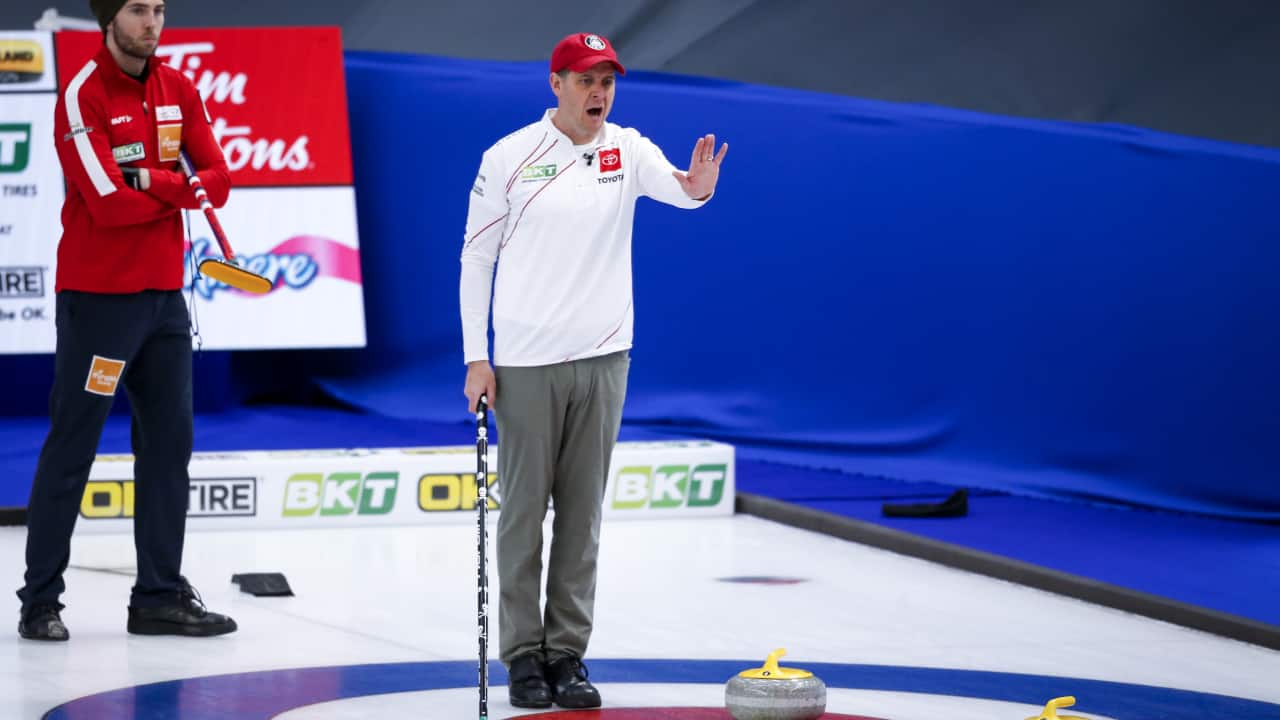 Sports: The Team USA skip says he doesn't think the bubble broke when one of his teammates tested positive for COVID-19. 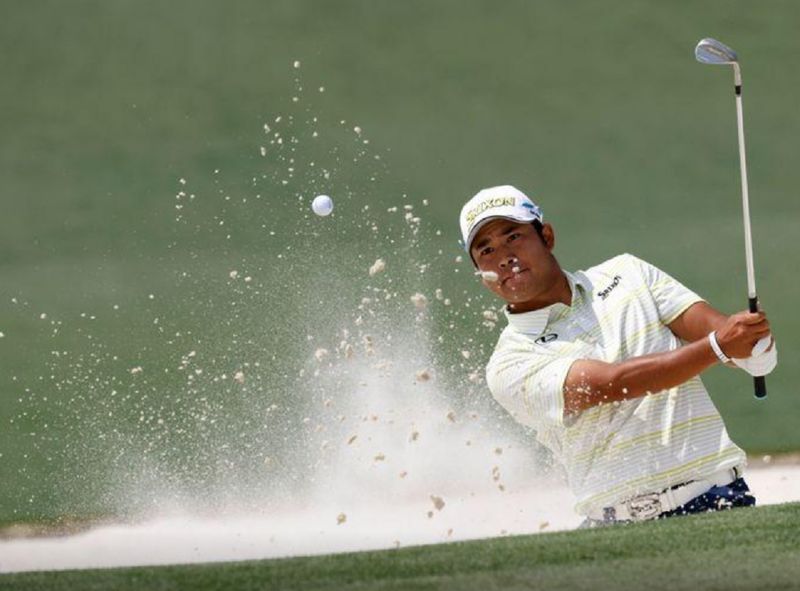 Golf|: Augusta, Georgia: Hideki Matsuyama overcame a potentially ruinous moment to become the first Japanese man to win a major championship with a one-shot Masters victory over Will Zalatoris at Augusta National on Sunday. Matsuyama, who started the day with a four-shot lead over a quartet that included playing competitor Xander Schauffele and Masters debutant Zalatoris, carded a one-over-par 73 that left him at 11 under on the week at the year’s first major. The 29-year-old Japanese was seemingly in control until a bogey at the par-five 15th, where his approach shot went in the water behind the green, compounded with a birdie from Schauffele turned his four-stroke cushion into a two-shot lead. But world number six Schauffele put his tee shot at the par-three 16th into the water and made triple-bogey to fall out of contention. He finished three shots back of Matsuyama and in a share of third with former champion Jordan Spieth (70). Matsuyama bogeyed the 16th which left him with a two-shot lead over Zalatoris (70), who was already in the clubhouse at nine under on the week, and went on to close the deal with a par-bogey finish. The victory by Matsuyama came in his 33rd major championship appearance and ended Zalatoris’s impressive bid to become the first Masters debutant to win a Green Jacket since Fuzzy Zoeller accomplished the feat in 1979. 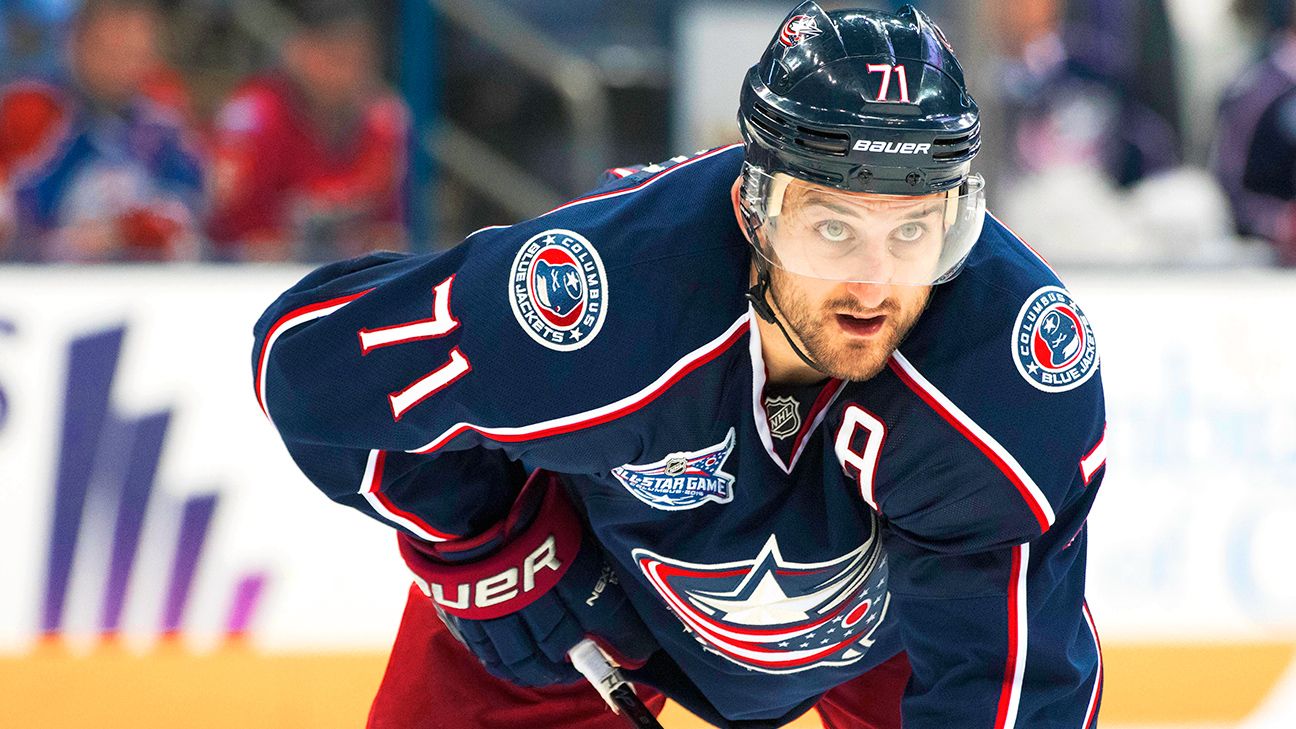 The Columbus Blue Jackets continued to add draft picks on Sunday, as they look to the future, receiving a first- and fourth-round choice from the Toronto Maple Leafs in exchange for veteran forward Nick Foligno.

Opener Nitish Rana (80) and Rahul Tripathi (53) hit fluent half-centuries to script a comfortable 10-run win for KKR against SRH in Chennai on Sunday. SRH's Rashid Khan (2/24) was yet again at his best, asking tough questions to the batsmen but most of his bowling colleagues proved ineffective on a slow yet decent batting wicket. SRH struggled in the chase and could only manage 177/5 in chase of 188.

Late goals by Edinson Cavani and Mason Greenwood sealed Manchester United a 3-1 comeback win against Tottenham Hotspur, cementing their place in the Premier League top-four while the London club's hopes of joining them looked slim on Sunday.

India's Satyawart Kadian and Sumit Malik salvaged some pride by winning bronze medals in their respective freestyle weight categories after missing the cut for this year's Tokyo Olympics in the Asian Olympic qualifiers in Almaty on Sunday.

Sonam Malik pulls out of Asian wrestling championships due to injury

Sonam Malik has pulled out of the Asian Wrestling Championships to be held in Almaty later this month. 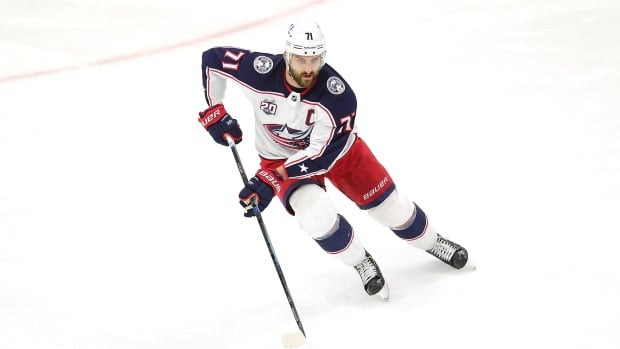 Sports/Hockey/NHL: The Columbus Blue Jackets traded captain Nick Foligno to the Toronto Maple Leafs on Sunday as part of a three-team deal.

Praggnanandhaa wins Polgar Challenge with a round to spare

Indian prodigy R Praggnanandhaa booked himself a chance to take on the very best in chess with a stunning victory in the Polgar Challenge. The 15-year-old from Chennai secured the first online title in the Julius Baer Challengers Chess Tour and a $3,000 top prize with a round to spare on Sunday. 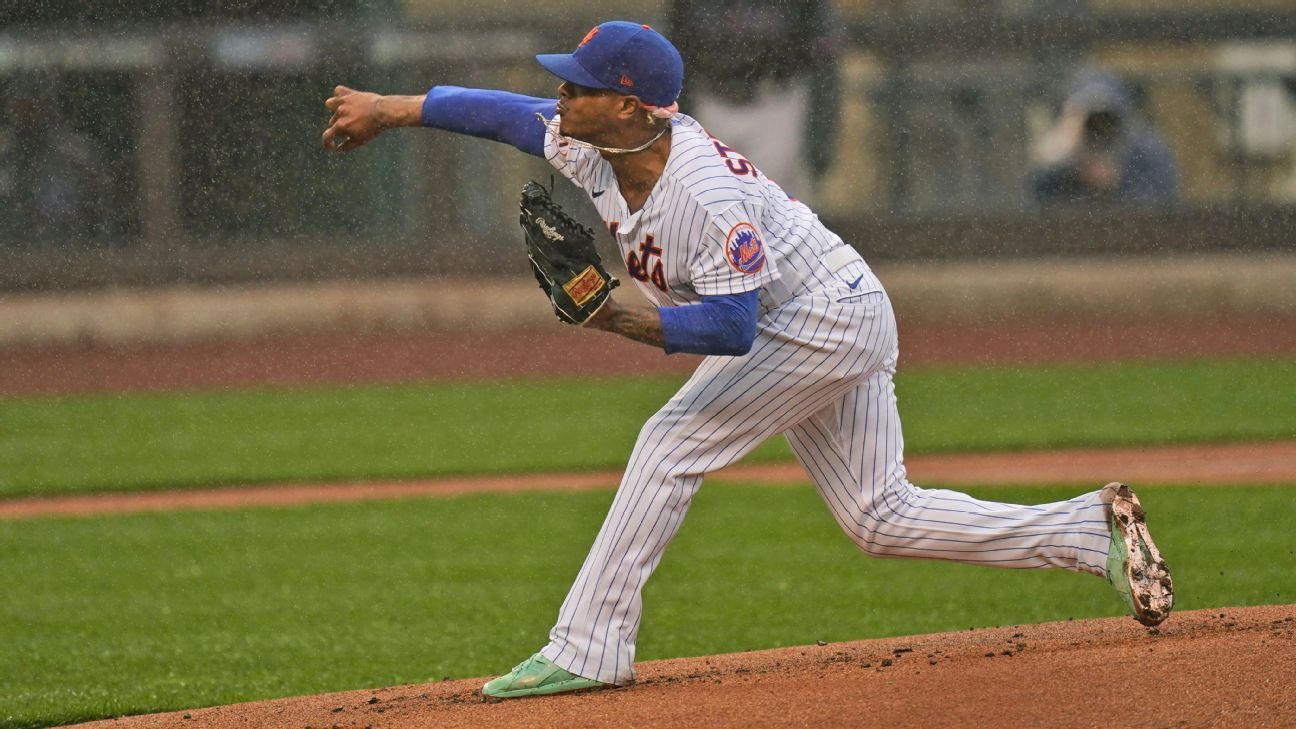 Marcus Stroman was unhappy that the Mets began Sunday's game against the Marlins in a steady rain. The game, which was started by Stroman, went into a delay after 7 minutes.

Opener Nitish Rana (80) and Rahul Tripathi (53) hit fluent half-centuries to propel Kolkata Knight Riders to a challenging 187 for six against Sunrisers Hyderabad in their Indian Premier League match on Sunday.