According to Sonu Sood, people who never even met Sushant Singh Rajput have been coming out and speaking on his behalf. He added that if Sushant were to be alive today, he would have laughed at the circus going on in his name.

Kareena Kapoor Khan is celebrating her 40th birthday today. The actress who completed two decades in the industry is known as one of the most beautiful and talented actresses in Bollywood. Recently, her bestie Amrita Arora took to her Instagram handle to wish Bebo on her special day.

According to Anurag Kashyap, although people call Ranveer Singh an insider due to some remote connection, he has struggled in the industry.

Payal Ghosh who starred in the film 'Patel Ki Punjabi Shaadi' has accused Bollywood filmmaker Anurag Kashyap of sexual misconduct. Taking to her Twitter handle, the actress she opened up against Kashyap on Saturday evening.

Satyameva Jayate 2 to release on Eid 2021

John Abraham and Divya Khosla Kumar starrer ‘Satyameva Jayate 2’ is all set to release on Eid 2021. John took to social media to share a new poster of the film and its release date. The film will hit theatres on May 12, 2021.

Dressed in green attire, Kareena Kapoor Khan is seen looking stunning as ever as she poses with her “fabulous at 40” cake. Karisma Kapoor, Randhir Kapoor, Babita, Saif Ali Khan, and others are also seen striking a pose for a group picture with Bebo at the party. 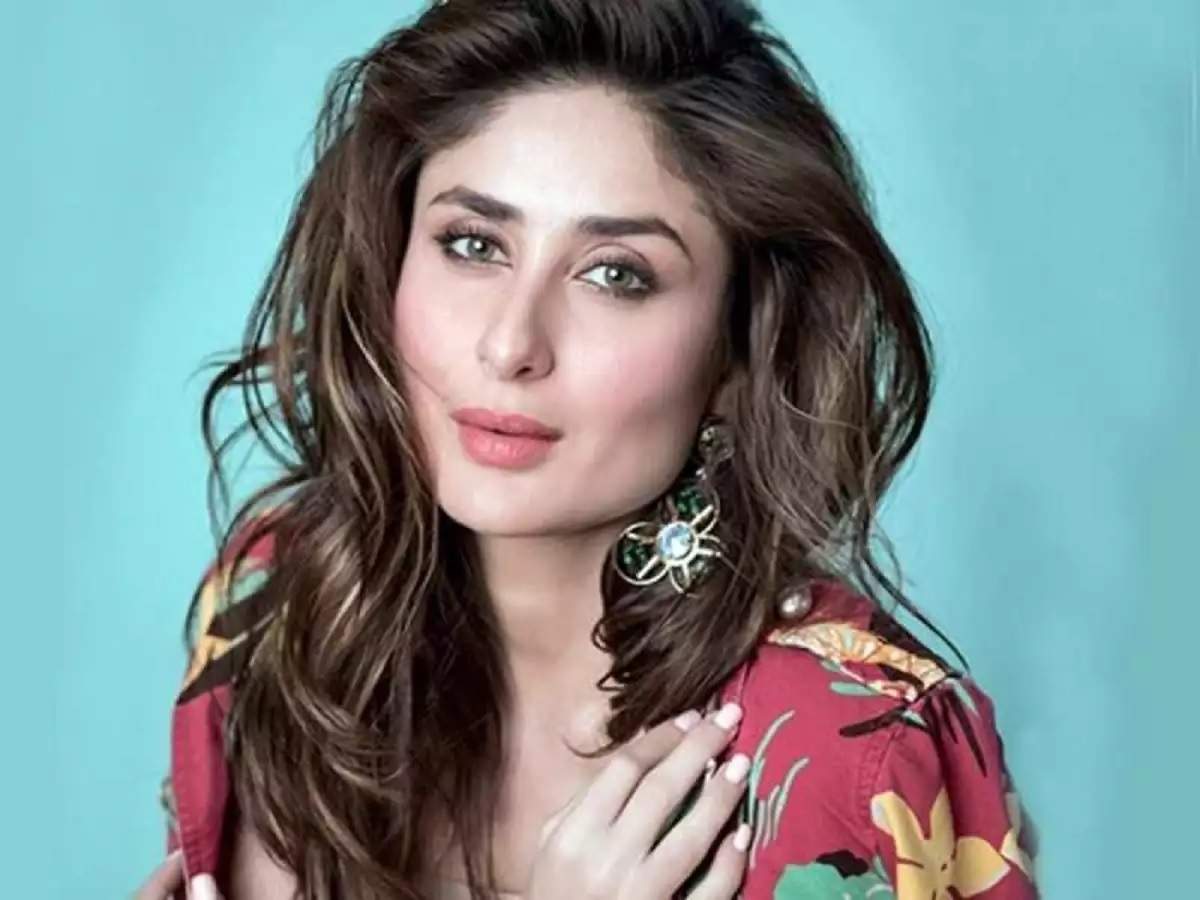 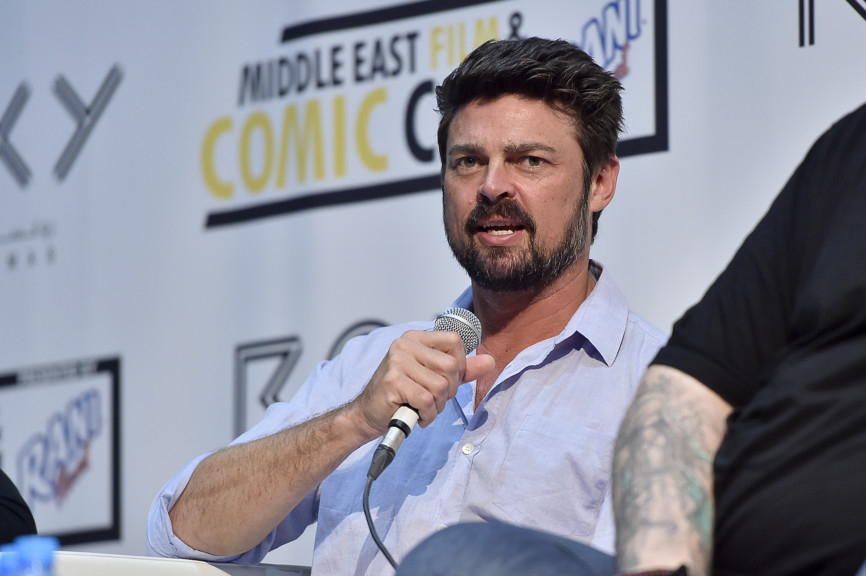 TV|: Actor Karl Urban says superhero satire ‘The Boys’ is a fun show, which gives them an opportunity to explore current social issues through the narrative. “Like in season one, we know we touched upon issues that were so relevant, for example the #Metoo movement, sexual harassment in the workplace and multitude of other issues. In season two, we take a good tall hard look at issues of racism and corporate greed. So, there is a lot packed into episodes of season two,” Urban said. See also Urmila Matondkar vs Kangana Ranaut: Bollywood reacts to actress' spat Who is Payal Ghosh, the actress who has accused Anurag Kashyap of abuse? Jaya Bachchan defends Bollywood in Parliament: Kangana Ranaut, Sonam Kapoor react Ayushmann Khurrana turns 36: What to know about the progressive actor ‘The Boys’ is an irreverent take on what happens when superheroes — who are as popular as celebrities and as influential as politicians — abuse their superpowers rather than use them for good. The first three episodes of season two came out on September 4. Talking about the second season, Urban said: “I think season two was always going to be a challenge after season one. Eric Kripke [Showrunner] came to us and said, ‘Listen okay, the show has gone down really, really well. We have an amazing fan base. It would be a mistake for us to try and go out there and just try and go bigger for the sake of going bigger. What we need to do is go deeper and really sort of explore the nature of these characters and how they came to be the way they are.’ “And you know season two rips away the element from every character that they’re most passionate about and shows how they deal with ita So, every character is dealing with this internal conflict,” he added. The more intense season two finds ‘The Boys’ on the run from the law, hunted by the Supes, and desperately trying to regroup and fight back against Vought. The season will culminate with the finale on October 9. The series is available on Amazon Prime Video. Mindy Kaling would love to work with Deepika, Sonam

BollyWood|: Indian origin American actress and producer Mindy Kaling says she’d love to work with Bollywood stars Deepika Padukone and Sonam Kapoor at some point. “They’re both so talented,” Kaling said when asked about her dream project and if she is willing to work in a Bollywood film. See also Photos: Frozen in time, scenic Antigua waits for foreign tourists Photos: A preview of the world's first 'Rolling Stones' store Photos: Bollywood actress Sunny Leone heats up Los Angeles Sara Ali Khan to Ananya Panday: See how Bollywood star kids are spending summer At the moment, Kaling is working with Priyanka Chopra. The two actresses are collaborating on an upcoming wedding comedy. “Priyanka is so smart. It’s been wonderful working with her,” Kaling said. About their project, she added: “I just finished the script. The movie takes place in New York and India. She and I have such a funny dynamic in it, I can’t wait to make it.” The film is based around a big fat Indian wedding and is likely to narrate the tale of a culture clash. Kaling’s last project ‘Never Have I Ever’ was a hit. The coming-of-age comedy web series is about an Indian teenager growing up in the US. It has been renewed for a second season. 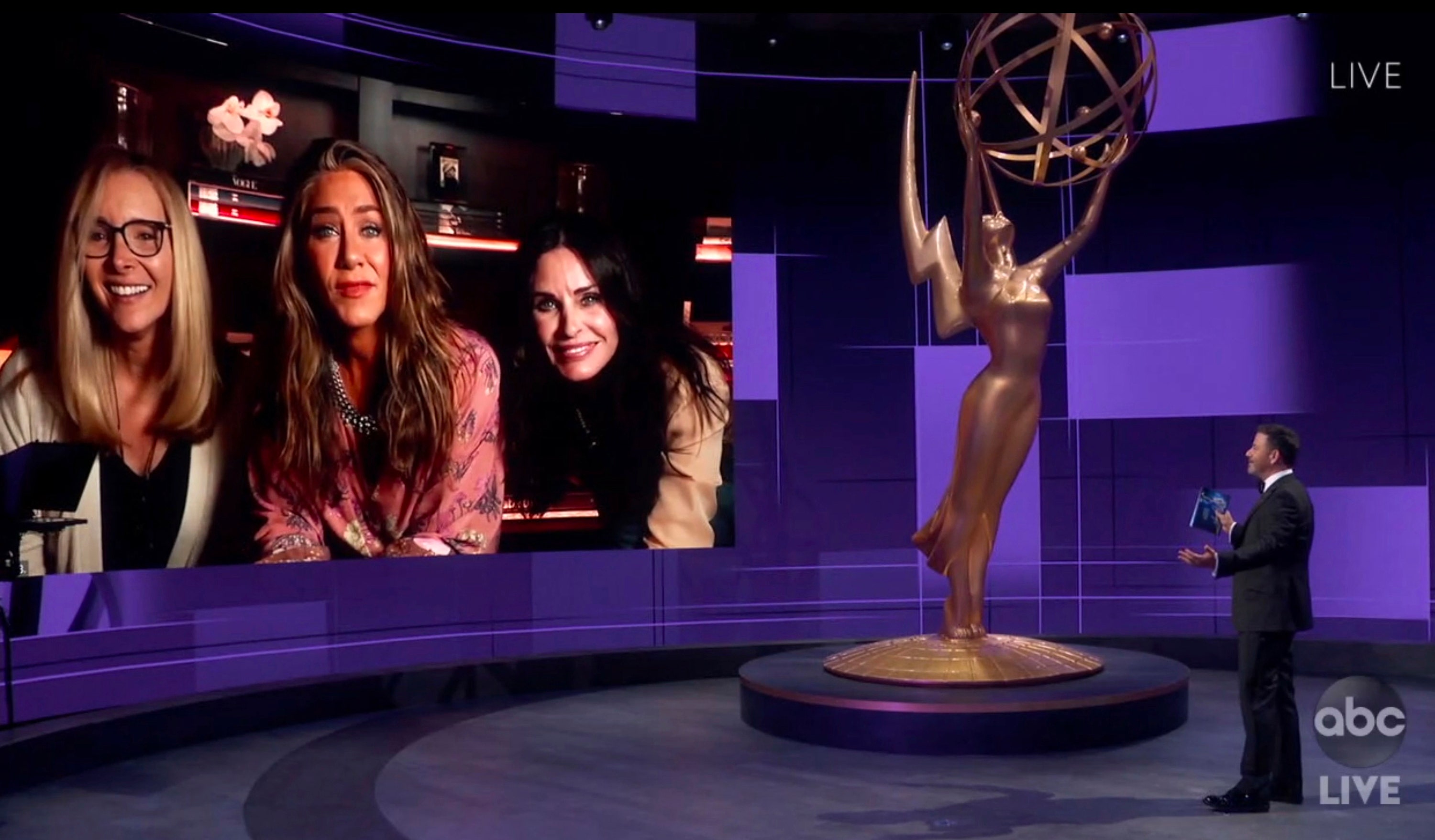 There was a mini "Friends" reunion at the 2020 Emmys with Lisa Kudrow and Courteney Cox joining Jennifer Aniston during her second bit at the award show Sunday evening.

Regina made a statement on Sunday when she took home an Emmy for “Watchmen,” her fourth win in the past six years and wore a shirt donning Breonna Taylor’s face while giving her acceptance speech. 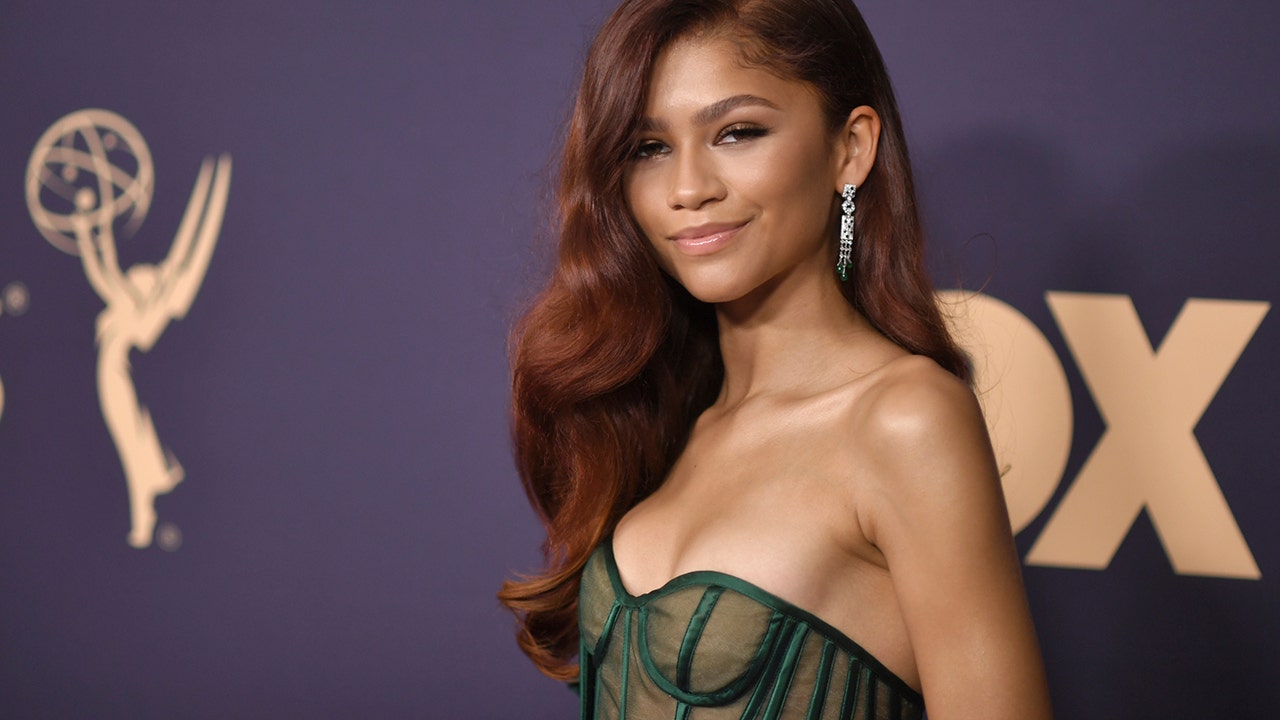 Zendaya on becoming the youngest actress to win an Emmy for leading a drama series: 'I still can't believe it'

Sunday night played host to a historic evening at the 2020 Emmy Awards. 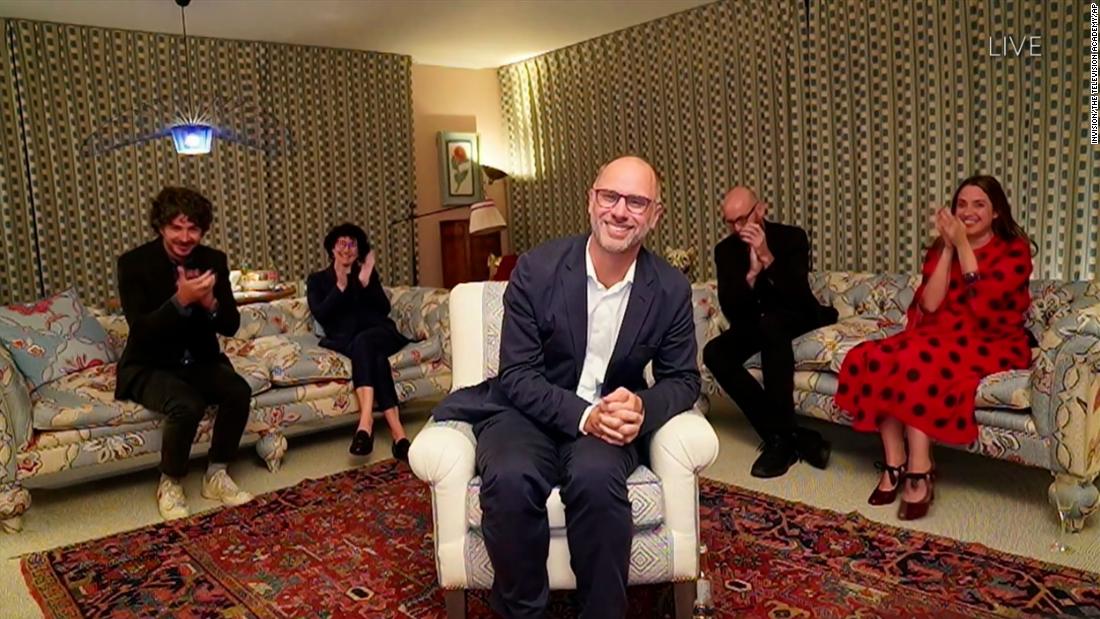 Sunday night marked the first time the Emmy Awards went virtual and until red carpets make a comeback, all eyes are on backgrounds. That's why CNN enlisted the help of Claude Taylor and Jessie Bahrey, the duo behind the popular and endlessly entertaining Twitter account @ratemyskyperoom, to share their thoughts on celebrity set-ups during the Emmys. 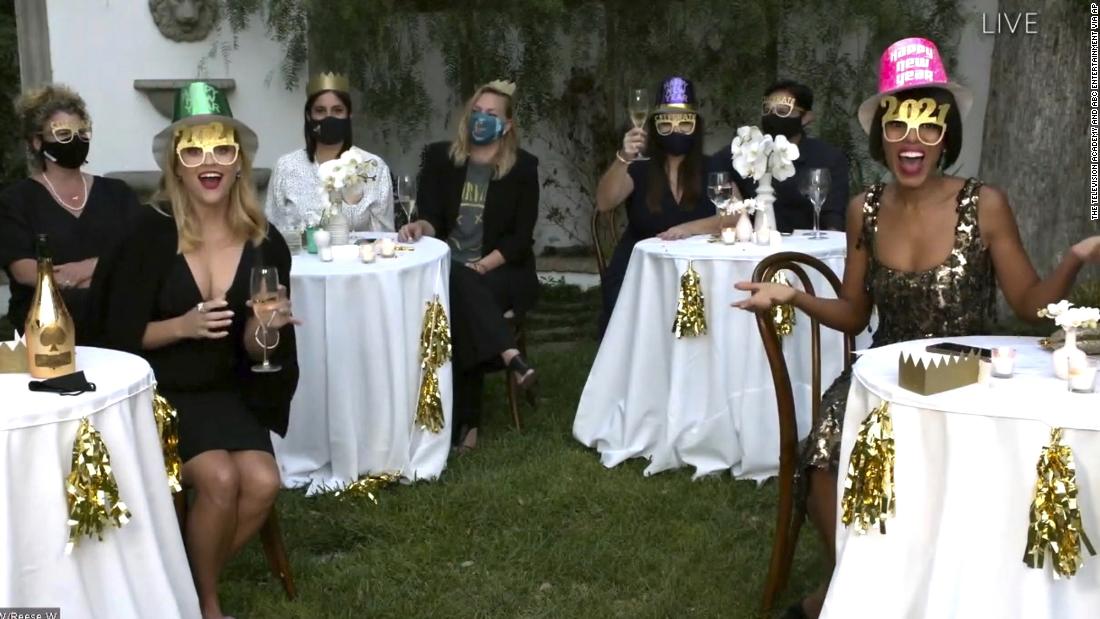 The most relatable moments of the Emmy Awards

Holding an award show in the middle of a global pandemic is a tall order.

Winners list in key categories for the virtual Emmys 2020 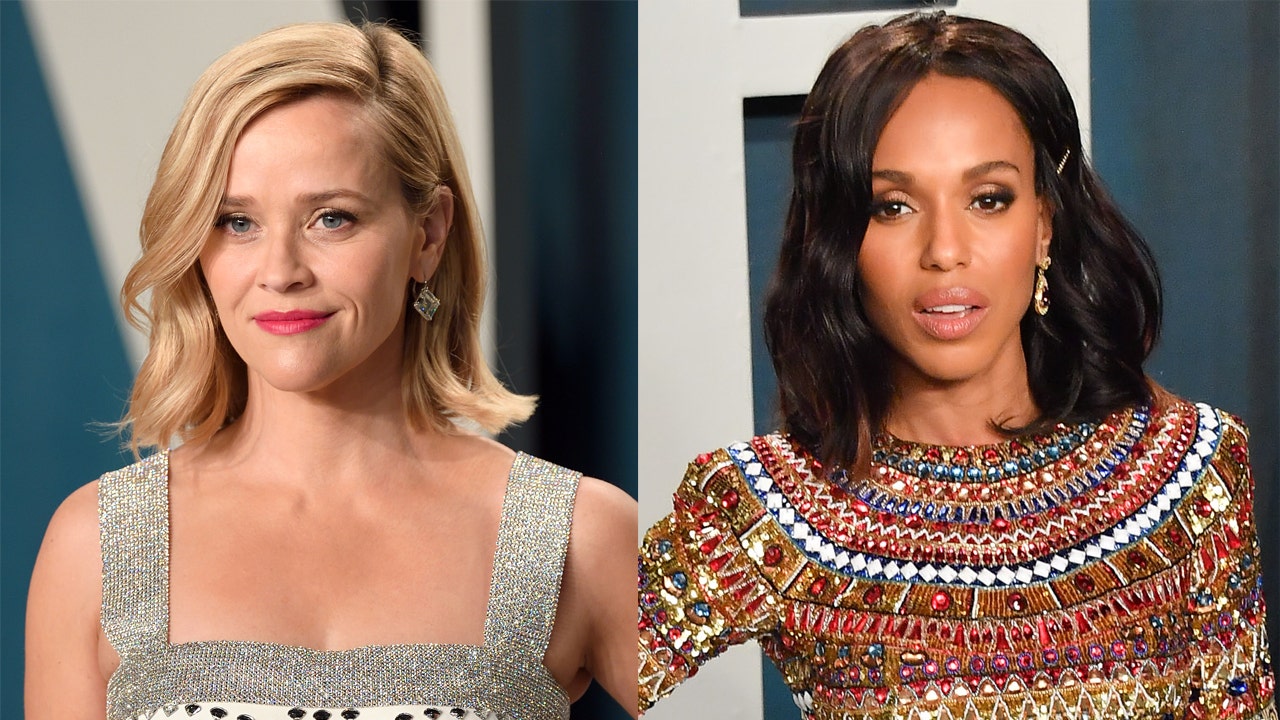 Reese Witherspoon and Kerry Washington are ready for the new year. 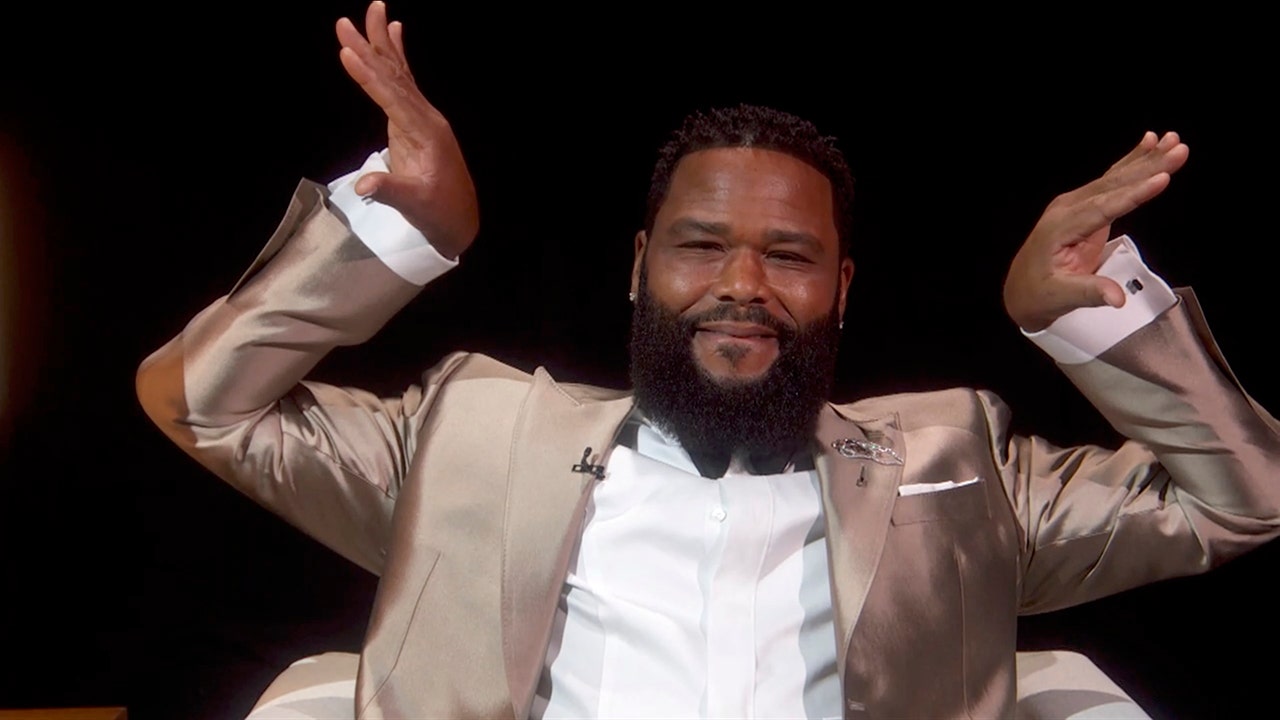 Anthony Anderson shared a message in support of Black artists at the 2020 Emmy Awards on Sunday night. 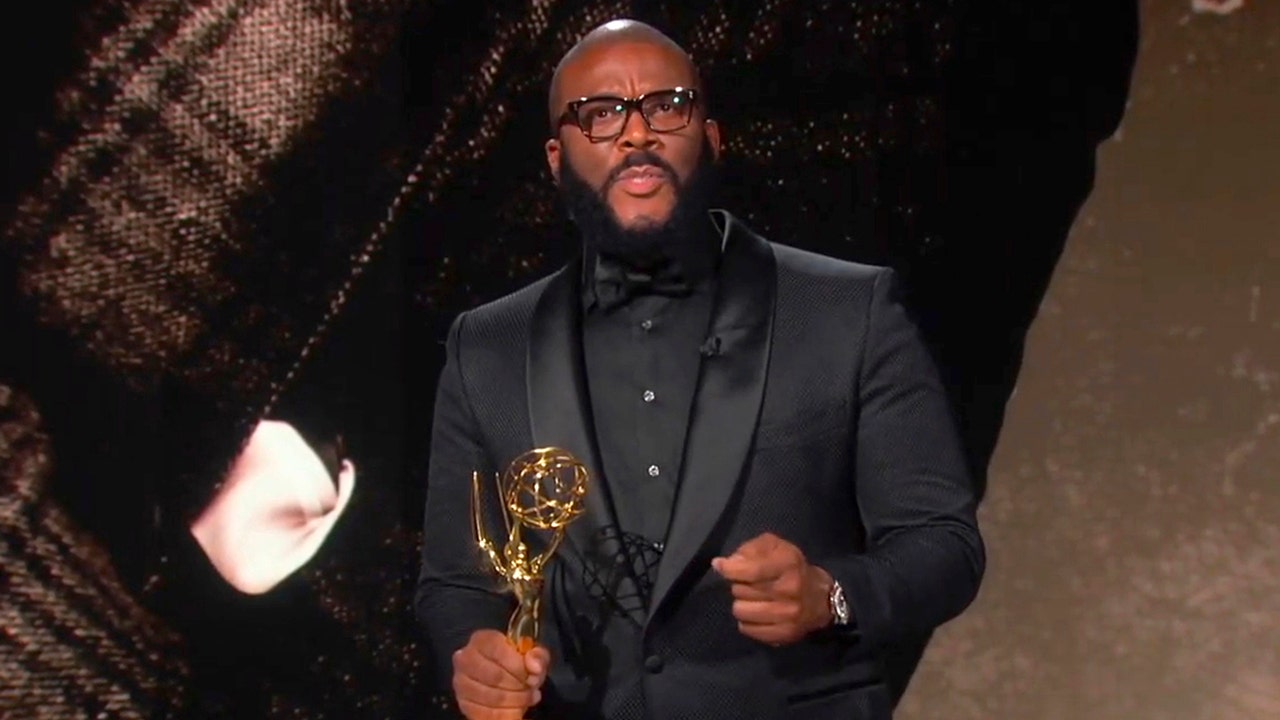 Entertainment icon Tyler Perry was honored with the annual Governors Award at the virtual 2020 Emmys on Sunday night.