China has been 'very aggressive' in the region, says US defence secretary Austin

The UK government on Sunday called for the immediate release of a British-Iranian woman after her five-year sentence for sedition ended in Tehran. But the 42-year-old Nazanin Zaghari-Ratcliffe now faces another court date in Iran next Sunday, dashing hopes from her family, friends and colleagues of an immediate return home. 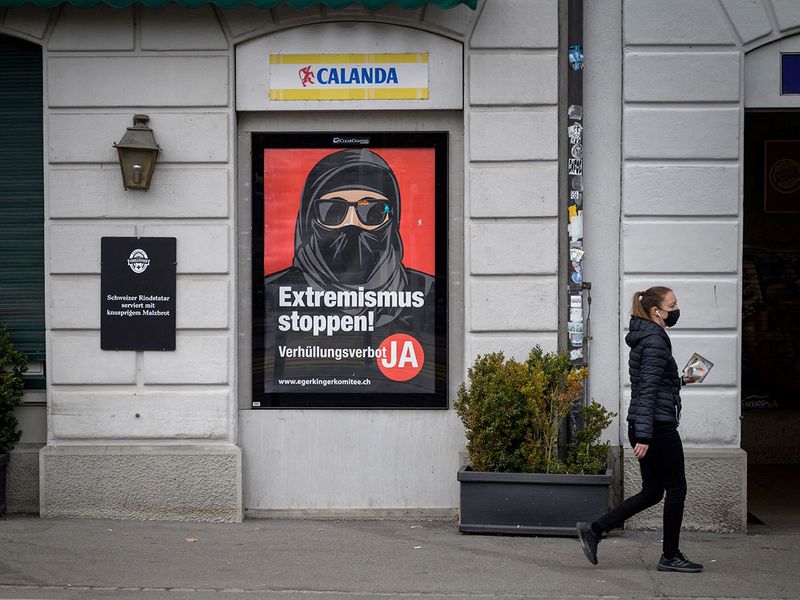 Europe|: Geneva: Swiss voters on Sunday narrowly backed a ban on full face coverings in public places - a decision hailed by supporters as a move against radical Islam but branded sexist and racist by opponents. Official results showed that 51.21 percent of voters, and a majority of federal Switzerland's cantons, supported the proposal. Some 1,426,992 voters were in favour of the ban, while 1,359,621 were against, on a 50.8 percent turnout. The so-called anti-burqa vote comes after years of debate in Switzerland following similar bans in other European countries - and in some Muslim-majority states - despite women in Islamic full-face veils being an exceptionally rare sight in Swiss streets. Even though the proposal "Yes to a ban on full facial coverings" did not mention the burqa or the niqab - which leaves only the eyes uncovered - there was no doubt as to what the debate was about. Campaign posters reading "Stop radical Islam!" and "Stop extremism!", featuring a woman in a black niqab, have been plastered around Swiss cities. Rival posters read: "No to an absurd, useless and Islamophobic 'anti-burqa' law". The ban would mean that nobody could cover their face completely in public - whether in shops or the open countryside. But there would be exceptions, including for places of worship, or for health and safety reasons. The vote came at a time when face masks are mandatory in shops and on public transport due to the coronavirus pandemic. Government opposed ban The Yes vote risks "trivialising the xenophobic and racist atmosphere" towards Muslim women, Meriam Mastour, of the Purple Headscarves feminist group, told broadcaster RTS. Very few women wear the full veil in Switzerland, she stressed, and those that do tend to be converts and tourists. A 2019 Federal Statistical Office survey found that 5.5 percent of the Swiss population were Muslims, mostly with roots in the former Yugoslavia. "It's a huge relief," said Mohamed Hamdaoui, a regional lawmaker in the Bern canton and the founder of the "A Face Discovered" campaign. He called the vote "the opportunity to say stop to Islamism" and not "to Muslims, who obviously have their place in this country". Within Europe, Switzerland's neighbours France and Austria have banned full face coverings, as have Belgium, Bulgaria and Denmark. Several other European countries have bans for particular contexts, such as in schools and universities. The Swiss government and parliament opposed a nationwide ban. Their counter-proposal - which would have been automatically triggered if the initiative was rejected - would have required people to show their faces to the authorities if necessary for identification, such as at borders. Under Switzerland's system of direct democracy, any topic can be put to a national vote as long as it gathers 100,000 signatures in the wealthy country of 8.6 million people. Such votes take place every three months. A 2009 vote that banned the construction of minaret towers on mosques sparked anger abroad. Indonesia trade, e-ID votes Two other votes were held on Sunday. A free trade agreement struck between Switzerland and Indonesia, put to the vote after opponents criticised Bern's move to reduce import duties on palm oil, narrowly gained approval with 51.7 percent support. Tariffs will gradually be removed from almost all of Switzerland's biggest exports to the world's fourth most populous country, while the Swiss would abolish duties on Indonesian industrial products. A government plan to introduce a federally-recognised electronic identity that could be used for ordering goods and services online was rejected with 64.36 percent of the vote. It was pushed to a popular vote by critics alarmed at the plan to rely on private firms for the e-IDs, giving them access to sensitive, private information. 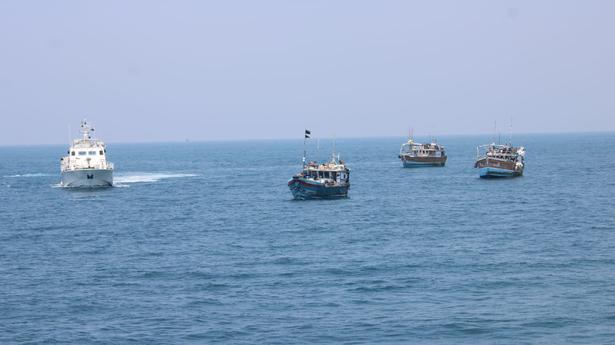 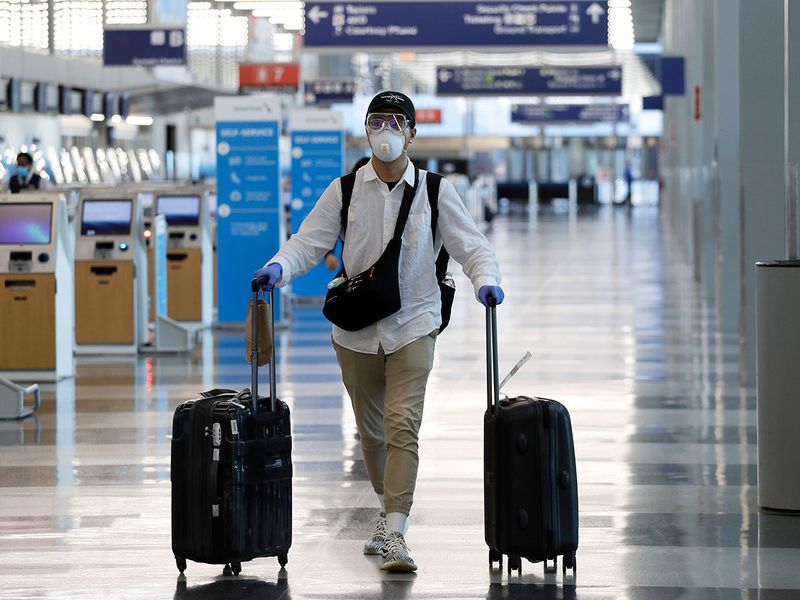 COVID-19: Celebratory 'vaxications' are giving the travel industry a boost International: In commemoration of ‘Bloody Sunday’

International: Revives earlier political formations which is seen as a boost for PM Sharma Oli.

Biden will announce the order during a recorded address on the 56th commemoration of "Bloody Sunday," the 1965 incident in which some 600 civil rights activists were viciously beaten by state troopers as they tried to march for voting rights in Selma, Alabama. 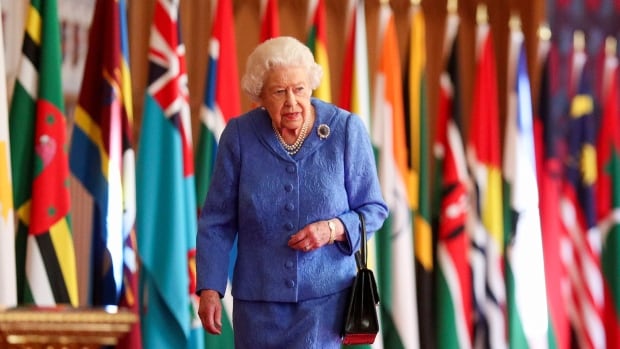 News/World: Queen Elizabeth shared her annual message marking Commonwealth Day on Sunday and stressed the importance of community, even at a distance due to the coronavirus pandemic.

Europe|: Paris: In southwest Paris, mayor Philippe Goujon answered the government's call for a "national mobilisation" to accelerate vaccinations this weekend - but he wonders why the surge has taken so long. In the town hall of the wealthy 15th district of the capital, hard-pressed doctors and municipal staff opened the doors of their innoculation centre on Saturday and Sunday. "There's a gigantic difference," Goujon told AFP. "For a start we're open at the weekend, and secondly we've gone from about a hundred vaccinations a day to 1,200." He dismisses any suggestion that the previous Monday-Friday operation was because of the sacred status of the weekend in France, where shops were long banned from opening on Sundays, or difficulties in finding volunteers. "We didn't have enough doses. It's only an issue of doses," he said as elderly people lined up outside ready to head into one of 10 different booths. "At the beginning we thought we'd open every day including Saturday and Sunday." By the end of the weekend, staff here will have inoculated well over 2,000 people, around three times the number seen in a usual week. National vaccination drive It's a similar picture across France where vaccinations centres have been asked to open on Saturday and Sunday in a bid to accelerate the roll-out, with the government facing criticism at home and mockery abroad for the sluggish progress. "We are calling for a national mobilisation," Prime Minister Jean Castex told reporters last Thursday. "Mayors, nurses, hospitals, everyone needs to be on deck, including the weekend." On Saturday, around 220,000 injections were administered country-wide, compared with 80,000-85,000 on a normal Saturday, and another 100,000 jabs are expected on Sunday. Mayor Goujon, who is from the opposition right-wing Republicans party, applauds the sense of urgency, but says it has come too late - and at a cost of lives and new infections. "I heard the prime minister call for a national mobilisation. Why didn't he do this a month and half or two months ago? We should have had this sort of organisation in place in mid-January," he said. Fresh capacity Ten weeks since the first jab in France, the government is looking to adopt measures put in place by countries with the best vaccination track record, such as Britain and Israel. There is talk of creating "vaccinodromes" with capacity to handle thousands of people per day. The country's pharmacy workers are finally to be authorised to administer all three authorised jabs, while the fire service and the army are to be drafted in greater numbers to get more shots in arms. Vaccination efforts have taken on new urgency because of an uptick in infections, which has led to full weekend lockdowns for more than two million people in addition to a nationwide 6:00 pm curfew. So far France has administered around 5.5 million doses of the three vaccines authorised for use - Pfizer/BioNtech, Moderna, and AstraZeneca/Oxford University - according to government figures. This compares with roughly 23 million doses in neighbouring Britain. At the town hall in Paris, Odile Morisseau joked that France perhaps needed help from across the channel as she left the vaccination centre, a smile on her face. She'd be keeping tabs on progress from friends in the UK, she said. "Maybe we need to bring in Boris Johnson?" joked the 71-year-old, referring to the British prime minister. "I know he's made mistakes, but they seem to be doing a good job with vaccinations." Penury and surplus The problem faced by France is a lack of doses in some areas and a surplus in others. The centralised purchase agreements signed by the European Union for doses from Pfizer and Moderna have come under scrutiny, with claims that the EU fell behind in the queue compared with Britain, Israel or the United States. "All our elected officials want more vaccines. I want more vaccines too!" Health Minister Olivier Veran told reporters on Sunday while noting the "exceptional efforts" over the weekend. But the roll-out of the British-made AstraZeneca/Oxford jab, the only approved vaccination that can be stored in a regular refrigerator, has also been a fiasco. After an outcry about late deliveries, the health ministry reported last week that only about a quarter of doses had been used, with medical and care-home staff shunning the jab because of fears about its side effects and efficacy. Other complaints include a time-consuming process to give consent for a vaccination, as well as reliance on an online appointment system that has baffled many elderly people. "This was all great, perfect," said Eveline Frantz, a retired German teacher, as she left the townhall on Sunday with her freshly jabbed father. "But the general policy has been a complete mess."

Harry, Meghan to delve into tough royal split with Oprah 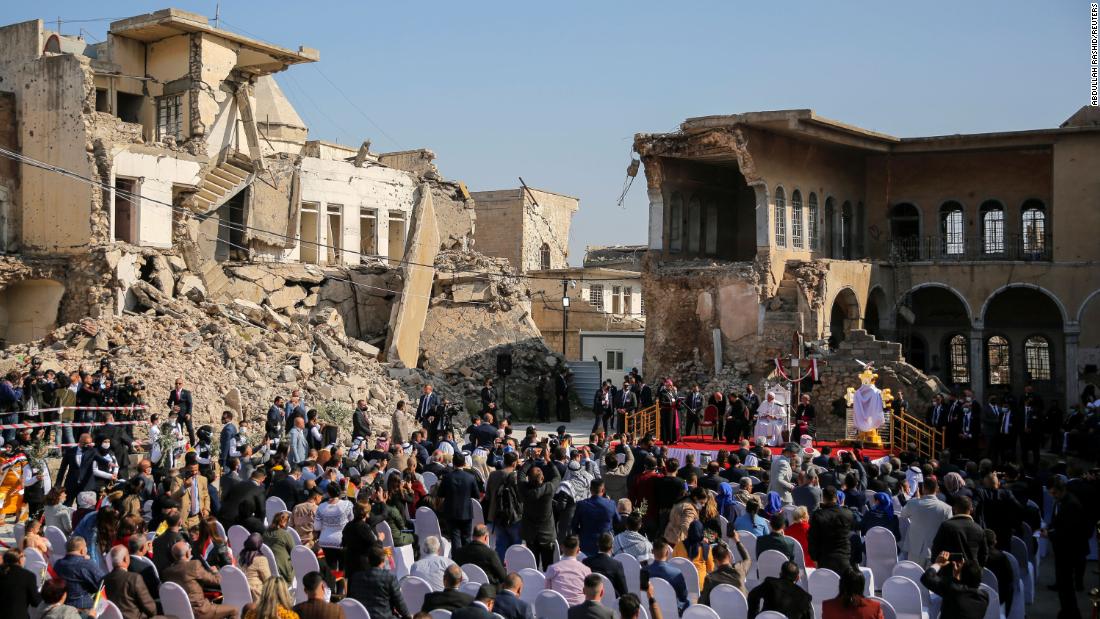 Amid the rubble of Mosul, Pope Francis declares hope 'more powerful than hatred' 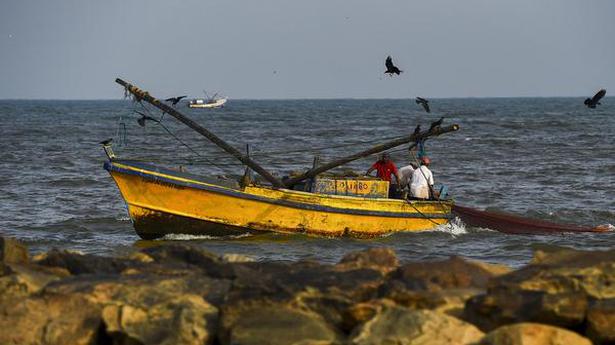 International: The captain of one of the seized vessels, has confessed to have received narcotics from a Pakistan boat