Covid-19: States came to each other’s rescue at the peak of oxygen crisis

The politics over oxygen supply might have raged fiercely but at an operational level, states rallied for one another as the country faced its biggest crisis of medical oxygen. Maharashtra sent oxygen tankers to Goa, Karnataka and Tamil Nadu to meet emergency requirements; Karnataka, in turn, spared tankers for Maharashtra and Telangana while Kerala shared oxygen with Tamil Nadu even when it was not getting its full share.

The World Health Organization (WHO) has, at the G7 summit in the UK, blamed the second wave of the Covid-19 pandemic in India on the “premature” opening up of the society and relaxation of public health measures, as well as the emergence of new variants and unequal vaccine distribution.

Covid-19: 50 modular hospitals to be set up across India in 3 months

Gearing up to face any new surge in Covid cases or a third wave, the Centre has planned to quickly ramp up state health infrastructure by setting up 50 innovative modular hospitals across the country in the next two-three months. Modular hospitals will be built adjacent to an existing hospital building as an extension of operational infrastructure. A 100-bedded modular hospital with a dedicated zone of ICUs can be set up at an estimated cost of nearly Rs 3 crore in three weeks.

The highly infectious Delta variant of Covid-19 that first surfaced in India is feared to have mutated into a more virulent version called AY.1 or Delta+ –– one that is possibly capable of resisting even the monoclonal antibodies cocktail currently being prescribed as a cure for the virus.

G7 leaders on Sunday backed Japan's staging of the Olympics and the Paralympics, after the global sports extravaganza was delayed for a year because of the coronavirus pandemic.

Legendary athlete Milkha Singh's wife Nirmal Kaur passed away on Sunday after a prolonged battle against Covid-19. Kaur, a former Indian women's volleyball team captain, was admitted to the Fortis Hospital in Mohali on May 26 with Covid pneumonia, a couple of days after her husband was admitted to the same hospital.

President Joe Biden has closed his first Group of Seven leaders' summit, saying it was an "extraordinary, collaborative and productive meeting." Biden on Sunday praised agreements to help the world combat Covid-19 and to set a global minimum tax for corporations everywhere. He spoke at a news conference in England, after the conclusion of a three-day summit.

Karnataka: As Karnataka prepared to unlock partially from Monday, the State recorded 7,810 new COVID-19 cases and 125 deaths. According to the bulletin of the De 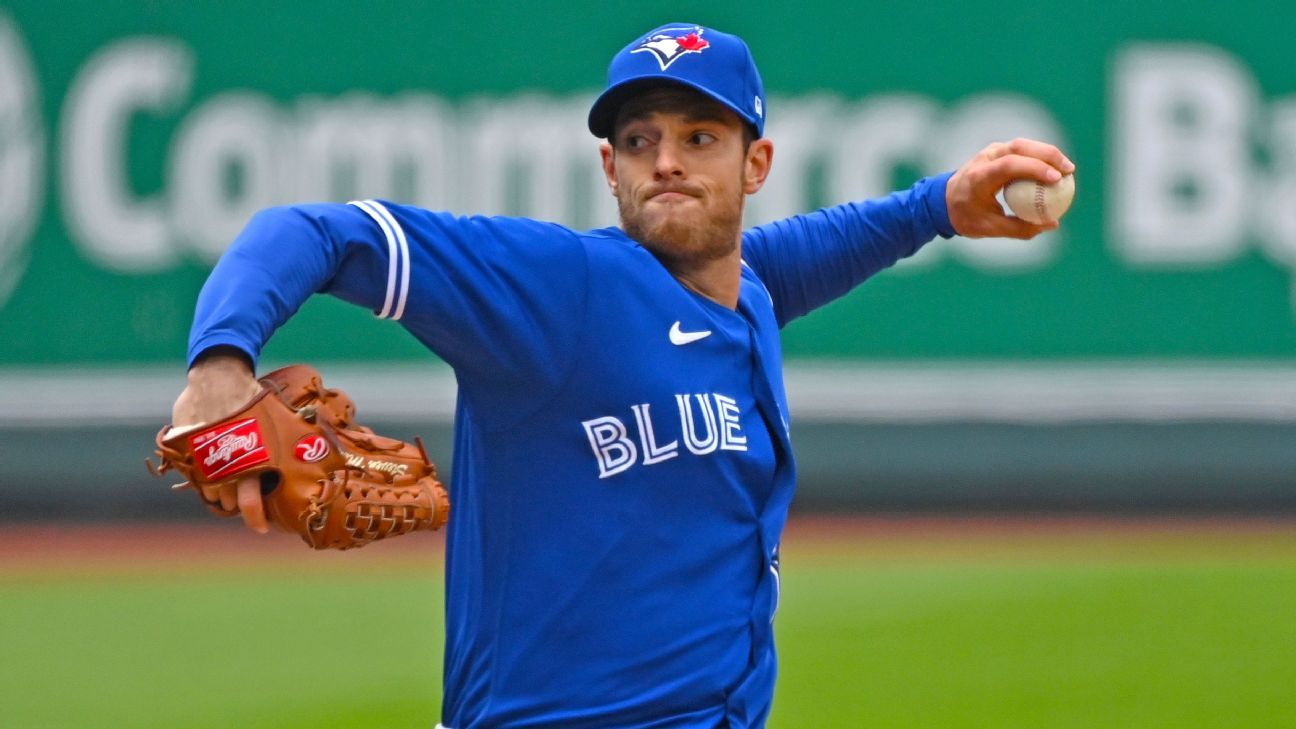 Steven Matz was placed on the COVID-related injured list by the Blue Jays before Sunday's game against Boston, one day after the left-hander beat the Red Sox. 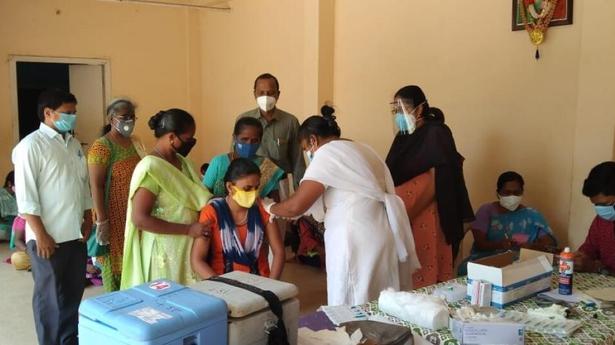 Over 1.53 cr vaccine doses still available with states, UTs; 4 lakh more to be delivered in 3 days

More than 1.53 crore Covid-19 vaccine doses are still available with states and union territories, and over 4 lakh more will be delivered to them within the next three days, the Union Health Ministry said Sunday.

Several private hospitals across the country said they have no clarity on procuring Covid-19 vaccines under the new policy announced by Prime Minister Narendra Modi and that it has led to the vaccination being put on hold at their centres.

Tamil Nadu: The State government is prepared for the third wave of COVID-19, said Medical Minister Ma. Subramanian on Sunday. After a tour of health facilities in 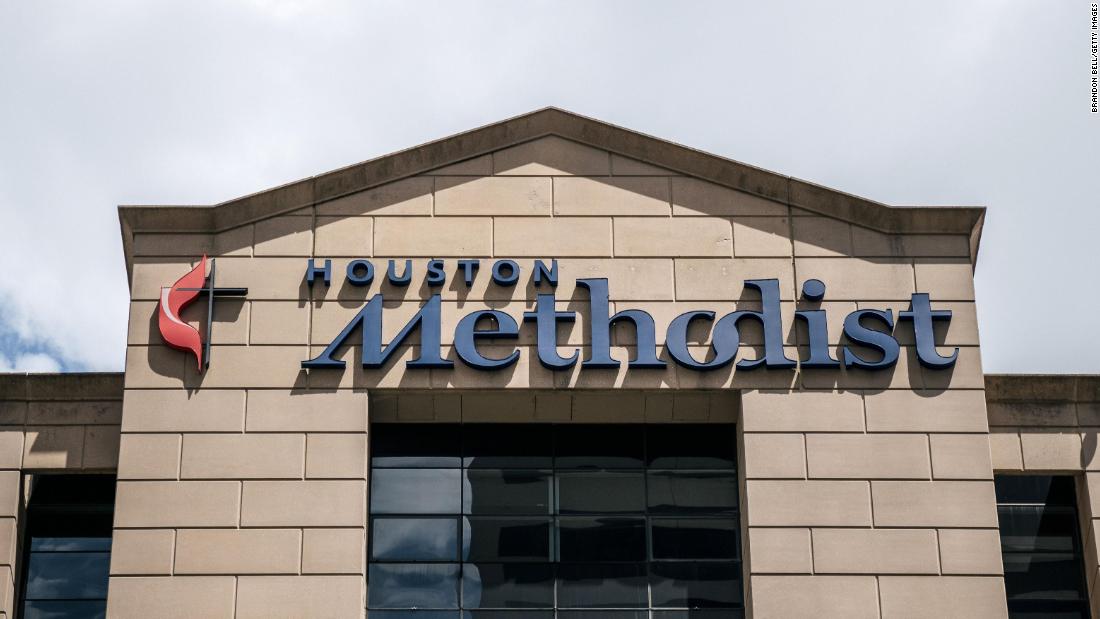 • See the Covid vaccination rate in your area

At the G7 Summit, World leaders discussed the possibility that a laboratory leak in central China's Wuhan city may have a connection with the start of the Covid-19 pandemic. UK foreign secretary Dominic Raab said that officials "compared notes" over the theory that the pandemic may have originated from a leak from a lab in Wuhan, calling for further investigations. 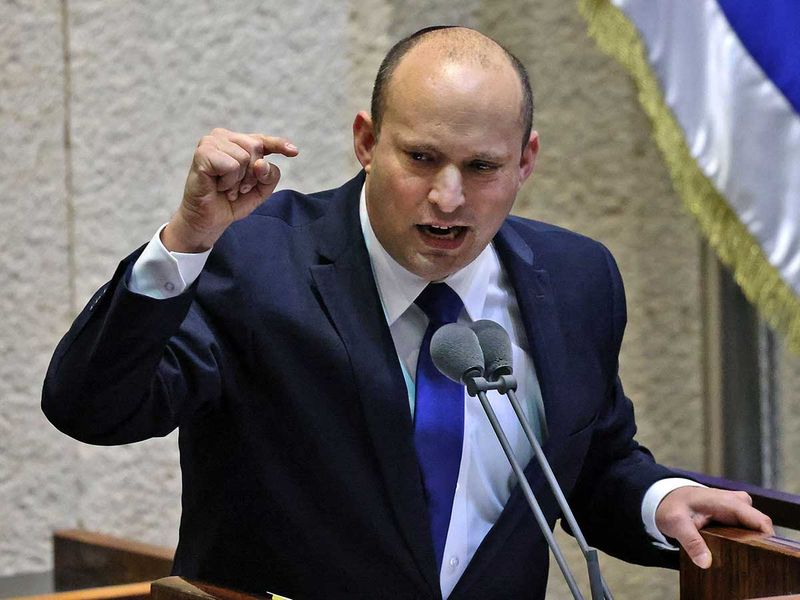 Mena|World|: Jerusalem: Naftali Bennett, a multi-millionaire former tech entrepreneur, will be Israel's new prime minister after parliament approved a new government on Sunday. The 120-member Knesset voted in favour of an improbable coalition put together by centrist Yair Lapid, with a razor-thin majority but enough to end veteran Prime Minister Benjamin Netanyahu's 12 unbroken years at the helm. The coalition deal sees Bennett, an estranged former protege of Netanyahu, serve first as prime minister in a rotation deal, before Lapid takes over after two years. A 49-year-old former defence minister and one-time special forces commando, Bennett leads the right-wing Yamina party, which has called for Israel to annex parts of the occupied West Bank. He will be Israel's first premier to lead an openly religious lifestyle, and the first to sport the kippa, the small skullcap worn by religious Jewish men. The son of American-born parents who speaks perfect English, he is ultra-liberal on the economy and takes a hard line against Israel's arch-foe, Iran. He shares this ideology with Netanyahu, having served in several of the Likud leader's governments. But in recent years tensions between intensified and Netanyahu made little effort to hide his disdain for Bennett. In late May, two months after Israel's fourth inconclusive election in two years, Bennett reached a deal with Lapid that paved the way for the improbable eight-party coalition approved by parliament on Sunday. Personal life Bennett lives with his wife Gilat and their four children in the central city of Raanana. He entered politics after selling his tech start-up for $145 million in 2005, and the next year became chief of staff to Netanyahu, who was then in the opposition. After leaving Netanyahu's office, Bennett in 2010 became head of the Yesha Council. He took politics by storm in 2012, taking charge of the hard-right Jewish Home party, which was facing annihilation. He increased its parliamentary presence fourfold. Beyond holding the defence portfolio, Bennett served as Netanyahu's economy minister and education minister. He re-branded Jewish Home as the "New Right" party, before forging the Yamina ("Rightward") bloc in 2018, and was part of Netanyahu's coalition which collapsed the same year. But he was not asked to join a unity government in May 2020 - a move seen as an expression of Netanyahu's personal contempt towards him. In 2020, in opposition and with the coronavirus pandemic raging, Bennett put aside his right-wing rhetoric to focus on the health crisis. He moved to broaden his appeal by releasing plans to contain Covid-19 and aid the economy. 'Natural successor' Former supporters and critics have accused Bennett of betraying his nationalist voters by joining a coalition that includes dovish Meretz and support from the Arab Israeli Islamic conservative party Raam. But Bennett has said he is on a mission to restore Israel's governance and avoid a fifth election in little more than two years. In an interview with Channel 12 news, he justified his decision to join the "change" coalition despite explicit campaign pledges to not be part of a government headed by or formed with Lapid. "The core promise of these elections was to extract Israel from chaos," he told. "I chose what's good for Israel." While risking alienating his traditional right-wing base by breaking a campaign promise in order to topple Netanyahu, Bennett's move could enable him to broaden his support in the long run. "The chance to serve as prime minister is a huge opportunity for Bennett to present himself as prime ministerial material," said Toby Greene, a political scientist at Bar Ilan university near Tel Aviv. Bennett could thus "present himself to (the) Israeli mainstream as the natural successor to Netanyahu, as the candidate of the Right who has shown he can run the country", he said.

Other States: Gurugram is the most suitable city to live in during COVID-19 times considering factors such as population density, open area ratio and hospital infra 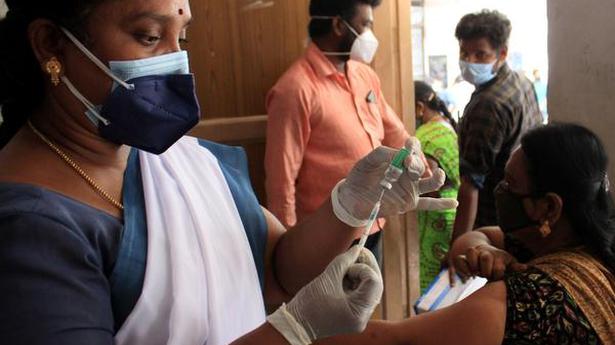 National: India continues to report the highest number of COVID-19 cases, followed by Brazil and Colombia