Digital payments company Paytm's main app has been restored on Google Play Store hours after being taken down on allegations of policy violation. Earlier in the day, Paytm app -- which facilitates use of wallet and payments bank services -- was removed from the Google Play store for violation of policy on sport betting activities.

Trump to block US downloads of TikTok, WeChat

The US commerce department plans to issue an order on Friday that will bar people in the United States from downloading Chinese-owned messaging app WeChat and video-sharing app TikTok starting on September 20, three officials told Reuters.

India’s economic recovery prospects have gone from bad to worse after the nation emerged as a new global hotspot for the coronavirus pandemic with more than 5 million infections. Goldman Sachs now estimates a 14.8% contraction in GDP for the year through March 2021, while the ADB is forecasting -9%. OECD sees the economy shrinking by 10.2%.

Business: Insurance regulator IRDAI will accord priority in processing to regulatory sandbox proposals seeking to reduce the impact of COVID-19.Besides usual in 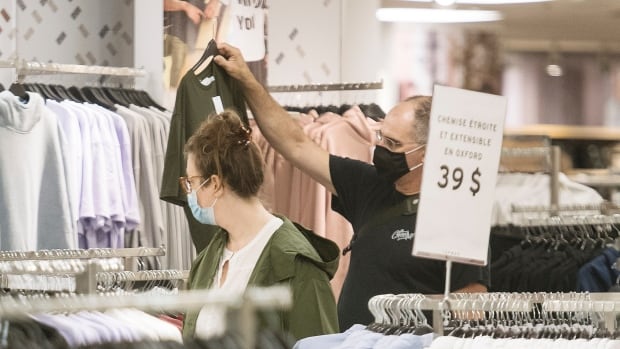 Retail sales grew by 0.6% in July, now back to where they were before COVID-19

News/Business: Canadians spent more at stores in July than they  did in June, the third straight months of gains after a precipitous plunge because of COVID-19 lockdowns in the three months before that.

Govt to allow pvt railways to set their own fares

India will allow private companies to set passenger fares once they start operating train services, a move aimed at luring investors, as Prime Minister Narendra Modi opens up one of the oldest networks in Asia.

Air India Express to resume flights to and from Dubai tomorrow

UAE|Business|: Dubai: All Air India Express flights to and from Dubai will operate as per original schedule with effect from September 19, the airline has just announced. The airline made the announcement on its Facebook page hours after its Dubai flights were rescheduled to Sharjah following a 15-day suspension of its Dubai operations ordered by the Dubai Civil Aviation Authority. Five flights that were supposed to operate from Dubai International Airport were rescheduled to Sharjah International Airport on Friday following the 15-day suspension of the airline’s Dubai operations, the airline confirmed to Gulf News. The temporary suspension of operations from September 18 by the Dubai Civil Aviation Authority came after the airline’s ground handling agents allowed two passengers with COVID-19 positive test results to board flights to Dubai—one each on two different dates from Delhi and Jaipur. The flights that were rescheduled to Sharjah were to Kozhikode (Calicut), Thiruvananthapuram, Delhi, Mumbai and Kannur, the airline said. While the Calicut flight was rescheduled from 10:30am to 1.15pm, the Kannur flight was postponed from 7.55pm to 11.55pm. There was no change in the time slots of the other three flights scheduled to depart at 2.30pm, 4.30pm, 6.30pm. “Both Calicut and Thiruvananthapuram flights already arrived in and departed from Sharjah and they have landed in the respective destinations. More than 310 passengers flew on these flights,” an official said by 5pm on Friday. Barring one or two, most of the passengers flew on the rescheduled flights both ways, he said. “In order to mitigate the inconvenience that may be caused to passengers booked to fly to Dubai, the airline has introduced additional flights to Sharjah to accommodate the affected passengers,” the airline said in a media statement. Another official explained that passengers who were originally booked to fly to Dubai were being accommodated on the additional flights to Sharjah. The affected passengers were also being given the option to re-book to a future date, the airline said. The airline opened its offices in Dubai and Sharjah and also deputed a team at the Dubai International Airport to facilitate the travel of the affected passengers, officials said. The airline earlier in the day said it had reiterated the instructions to the handling agencies in India to strictly adhere to the regulations and SOP in relation to acceptance of passengers on its flights. Corrective and punitive measures “As abundant precaution, the airline has advised the handling agents to implement a three-tier checking mechanism to avoid any such lapse in the future,” it had stated. Based on the airline’s communication to them, the ground handling agencies concerned have taken appropriate punitive action against their employees who have been held accountable for the lapse at Delhi and Jaipur airports. Prior to the receipt of the DCAA notice, the airline had submitted a letter to the Dubai Civil Aviation Authority expressing its profuse apologies and detailing the various actions taken by the airline in association with the ground handling agents concerned to guard against such lapse in the future, the statement added. A senior official conveyed the airline’s apologies for the inconveniences caused to the passengers and also its gratitude for the support from the local authorities in rescheduling the flights to minimise it. Another resident, Safeer Chombakkada, said he was relieved to hear that the airline is resuming Dubai operations. “Nine members of my family are scheduled to return from Kerala on September 21. They include my wife and our newborn son,” said the new father. He said his wife had gone home for the delivery of their first baby during the COVID-19 pandemic. “My son was born on June 1. I haven’t seen him as I couldn’t fly home. I am super excited to receive him in Dubai. I am glad there won’t be any change in the schedule of the flight now.” Concerns, delays, relief Meanwhile, some passengers who spoke to Gulf News expressed concerns and relief following the suspension and rescheduling of the flights. Ajeesh R, a building maintenance worker in Dubai, who was leaving the country after losing his job, said he was concerned in the morning after seeing news reports about the suspension of the flights. “I had missed seeing the email from the airline,” said Ajeesh who was booked on the Kannur flight from Dubai. “I called them many times in the morning, but couldn’t get through. That is when I was worried if I would be able to leave today itself as I am going after cancelling my visa. However, Ajeesh said he saw the email later and also received an SMS about the rescheduling of the flight by 10am. “I was relieved after that. I live in Sharjah and hence it is okay to fly from Sharjah.” Meanwhile, Dubai resident Ligish Karumbayil said his wife Jeeshma and two young children returning from Kannur to Dubai would now have to travel four hours later and take a longer route after midnight from Sharjah International Airport to their flat in Dubai Production City. Though he was also relieved that they would be able to reach the UAE on the same day, he said he was worried if his family coming over on visit visa would have to undergo home quarantine since the flight was rescheduled to Sharjah. A travel agent said some other passengers from India were also confused about the changes in rules related to COVID-19 in both the emirates. 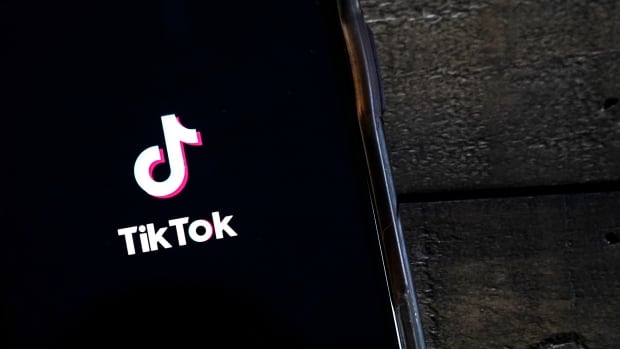 News/World: The U.S. Commerce Department has issued an order that will bar people in the United States from downloading Chinese-owned messaging app WeChat and video-sharing app TikTok, starting Sunday. 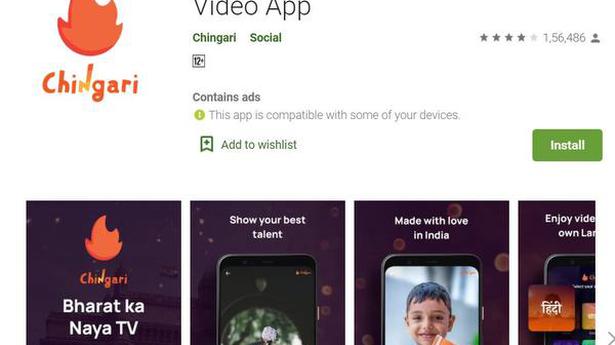 Industry: With this deal, the app’s users in India, SAARC nations and Middle East will get access to the hit music collection of T-Series.

The Musk method: Learn from partners then go it alone

Elon Musk is hailed as an innovator and disruptor who went from knowing next to nothing about building cars to running the world's most valuable automaker in the space of 16 years.

Industry: The deadline to submit bids for the national carrier has already been extended four times this year. 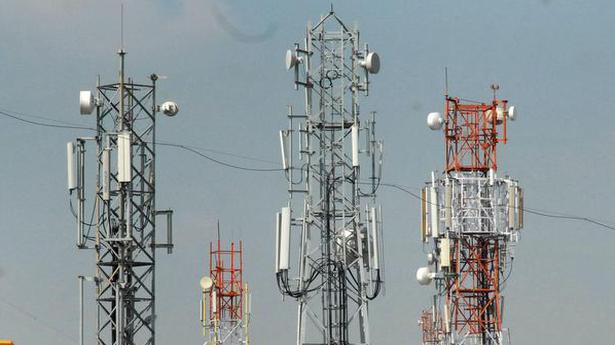 Markets: Gold prices rose ₹ 224 to ₹ 52,672 per 10 grams in the national capital on Friday in line with strong international prices of the precious metal, acc

Dubai aviation authorities on Thursday barred Air India Express from flying there for 15 days after the budget airline flew a Covid positive person from Jaipur to Dubai on Sept 4. The flight suspension for AI Express will be from Sept 18 to Oct 2. UAE has a condition that passengers must have a Covid negative test report to be accepted on any flight bound for there.

Rupee settles 21 paise higher at 73.45 against US dollar

Markets: During the session, the domestic unit witnessed an intra-day high of 73.15. 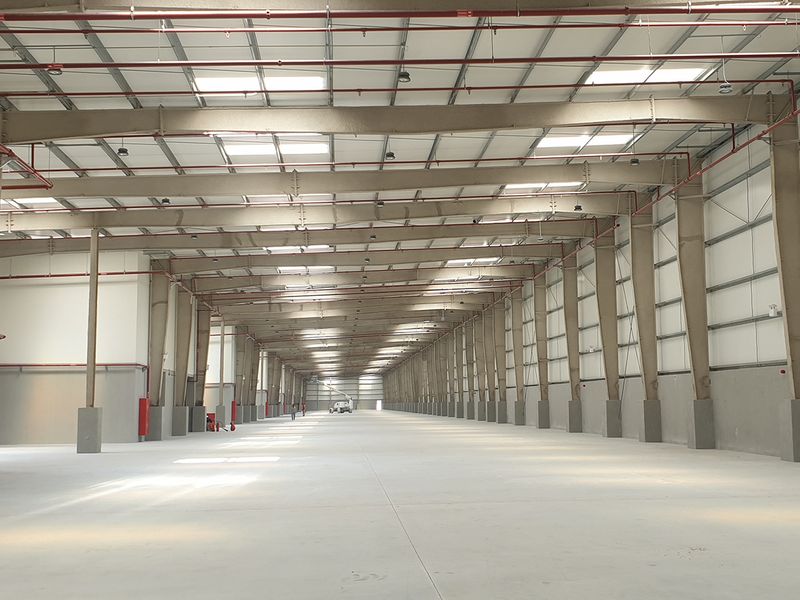 Property|: Abu Dhabi: Abu Dhabi’s industrial hub will be ready with the Phase 3 work at its logistics park before the year ends despite distractions imposed by the pandemic. This phase of expansion has already been leased out, which would further ensure the smooth launch of operations. “There is demand and a lot of customers, and even during the peak of COVID-19 we signed agreements with big customers,” said Mohammad Ghareeb, Vice-President of Service Delivery, Industrial Zone, Kizad. “The Phase 3 didn’t have any delays and it’s going to be delivered on time. None of our development projects stopped.” See More UAE Labour Law: How can I terminate a limited contract? The easiest way to book a COVID-19 test in the UAE UAE gratuity calculator: What are your end-of-service benefits? UAE: My employer has not cancelled my visa, what can I do? Stocking up Through these crisis months. Kizad’s existing warehouses were used for ensuring optimum food and essential medicine supplies. “We played a big role to secure the vital food and pharmaceutical sector for the government,” the official added. “All of our warehouses were occupied to support the food and the pharmaceutical [sectors].” Major suppliers such as LuLu are using Kizad. Trying for that balance Ghareeb said the UAE wanted to maintain a balance between self-sufficiency and relying on imports. “Every country wants to have their own sufficient supplies internally.” Kizad would like to see some of its tenants source from within the region rather than have to rely on more distant locations. The disruptions to global supply chains at the start of the COVID-19 outbreak has reinforced the need to have close sourcing points. “We don’t discourage imports - and exports - because that’s part of our economy,” he added. “We want to bring their goods closer rather than them having to go and get these imported.”