Fans of cricket's fastest and shortest format love to see fours and sixes, but it's actually the bowlers that can set up T20 wins either by limiting teams to average totals or striking at crucial moments during a run-chase. TOI looks at some of those key names who can strike it rich with the ball on the tracks in Dubai, Sharjah and Abu Dhabi, which are expected to get slower.

Rohit Sharma's defending champions Mumbai Indians will be locking horns with MS Dhoni's Chennai Super Kings in what is likely to be a fittingly exciting opening showdown. The tournament, which has been shifted to the UAE due to five million plus Covid cases in India, is a 'TV-only event', expected to be lapped up by all and sundry who crave for cricket and Bollywood in equal measure during prime time.

Liverpool face an early test of their Premier League title defence against Chelsea this weekend as Manchester City and Manchester United launch their quest to be champions.

Twenty-time Grand Slam champion Roger Federer has been mesmerising fans with his breath-taking shots on the tennis courts ever since he turned professional in 1998. Now the Swiss legend has left his fans speechless with a rendition of a Beatles' classic.

FIFA has confirmed a new window for international matches in January 2022 as World Cup qualifying fixtures continue to pile up because of the COVID-19 pandemic.

Silverwood wants England players in IPL to guard against burn-out

England head coach Chris Silverwood has no doubt that competing in a world class event like IPL will help his players prepare well for the T20 World Cup but is worried about players burning themselves out.

The French Open will be held at Roland Garros from September 27-October 11 after being moved from its usual late May-June slot due to the coronavirus pandemic.

England hope bubble cricket can be blueprint for world game

England showed the rest of the world that cricket could still be played during the coronavirus pandemic after a remarkable season that took place entirely behind closed doors.

Justin Thomas closed with a 25-foot birdie putt to seize a one-stroke lead after Thursday's first round of the 120th US Open, while three other major winners lurked within two shots.

The Miami Heat turned it up in the second half, rallying again for a 106-101 victory over the Boston Celtics and a 2-0 lead in the NBA Eastern Conference finals.

Emerging Media Sporting Holding - the parent company that owns Rajasthan Royals - has proposed to the BCCI that it wishes to transact an internal sale of shares between existing stakeholders. Emerging Media has offered to buy the 13.4% stake from Kelowna Investment Ltd, a Nigeria-based company run by Indian businessman Suresh Chellaram.

Sheldon Cottrell, 31, was picked by Kings XI Punjab (KXIP) for Rs 8.5 crore in the IPL auction. With Rs 50 lakh base price, Cottrell triggered an intense bidding war between Rajasthan Royals, KXIP and Delhi Capitals, with Kings finally winning the bid.

In the original concept, it was a made-for-television event. And that will prove to be a good thing for the Indian Premier League (IPL), the lucrative Twenty20 cricket competition that has been delayed several months. It's now set to be played away from home in the United Arab Emirates because of the Covid-19 pandemic. The tournament starts on Saturday, with the final to be played on Nov 10.

The 22-year-old Osaka had her left hamstring taped when she battled back against Victoria Azarenka in the US Open final in New York on Saturday to win her third Grand Slam title.

Will a rested Virat Kohli and new coaches change things for RCB?

Despite having stars, Virat Kohli-led Royal Challengers Bangalore have finished last twice since 2017. Over the years, Kohli has come into the IPL either on the back of a demanding international assignment, or with a forthcoming series on his mind. But this season might well be a game-changer for the Indian skipper and his men.

IPL in UAE: Where and how to watch the cricketing action

IPL|: Dubai: Due to the coronavirus pandemic, this year’s edition of the Indian Premier League will be played behind closed doors across three venues in the UAE — Dubai, Abu Dhabi and Sharjah. IPL 13 will feature 60 games, starting on Saturday and finishing on November 10, 2020. However, cricket fans in the UAE and around the world can watch all the matches live on television through broadcasters operating in their region. BeIN Sports have secured the TV rights for live coverage of IPL 2020 in the Middle East and North Africa (MENA) and will broadcast and streamed live by BeIN across the 24 countries throughout the region. Countries include Algeria, Bahrain, Egypt, Iran, Iraq, Israel, Jordan, Kuwait, Lebanon, Libya, Mauritania, Morocco, Oman, Palestine, Qatar, Saudi Arabia, Sudan, Syria, Tunisia, UAE and Yemen. BeIN Sports is available on Etisalat’s eVision TV. Etisalat are offering the IPL at Dh115 per month with a lock-in period of 3 months. If you subscribe for one year, you will receive the first three months free and then pay Dh82 month each for next nine months. The IPL will be available on Channel 753 (BeIN Sports HD 13). The IPL on TV around the world India: Star Sports, Star Gold, DD SportsUnited Kingdom: Sky Sports CricketUnited States: Willow TVAustralia: Fox SportsMENA Countries: BeIN SportsSouth Africa: SuperSportPakistan: Geo SuperNew Zealand: Sky Sport NZCaribbean: Flow SportsCanada: Willow TV, Hotstar CanadaBangladesh: Channel 9, Gazi TVAfghanistan: Radio Television AfghanistanSri Lanka: SLRC (Channel Eye)

Serie A 2020-21: Juventus’ Pirlo gamble makes season the most open for years

Football|: Juventus managed to hold on to their star man Cristiano Ronaldo during the summer, but one decision still managed to turn heads at the Turin club. The decision to hand the coaching reigns to untried Andrea Pirlo promises to make this season’s Serie A title race one of the most open in years with a queue of clubs waiting to pounce should the champions’ remarkable gamble backfire. SEE MORE IPL in UAE: Bravo, Narine, Pollard - Caribbean kings swell the IPL ranks in the UAE In pictures: Camel racing storms back in Sinai after COVID-19 hiatus US Open 2020 men's final: Dominic Thiem beats Alexander Zverev IPL in UAE: Dhoni and Chennai Super Kings in the field and on film The defending champions will be bidding for a 10th successive Serie A title this season, which kicks off on Saturday, but will do so under the leadership of a man who, for all his undoubted ability as a player, has never coached at senior level before. Pirlo, who makes his debut at home to Sampdoria on Sunday, only received his official badge on Monday after presenting his thesis at the Italian federation’s coaching school in Florence and it remains to be seen how he will adapt to the new role. Serie A 2019-20 Roll of Honour Champions: Juventus Champions League qualifiers: Juventus, Inter Milan, Atalanta, Lazio Europa League group stage: Roma, Napoli (Italian Cup winner) Europa League second qualifying round: AC Milan Relegated to Serie B: Lecce, Brescia, SPAL Promoted to Serie A: Benevento, Crotone, Spezia Top scorer: Ciro Immobile (Lazio) 36 goals “I’m the Juventus coach and it’s natural that anyone who comes here must win,” said Pirlo after a pre-season friendly against Novara. “I know I have to win, it was like that as a player and it will be like that as a coach.” There are further question marks over Juventus, including the way in which they staggered over the finish line last season, winning only two of their last eight matches, and their dependence on Ronaldo. Football: Cristiano Ronaldo commits future to Juventus Zlatan Ibrahimovic ready to take on Cristiano Ronaldo and Juventus, will sign on again at AC Milan Football transfer gossip: Luis Suarez to join Cristiano Ronaldo at Juventus Risk management: Juventus’ Pirlo can follow in Zidane’s footsteps to become coaching great While his record cannot be questioned, Ronaldo’s presence demands that the team is built around him, leaving his coach short on tactical options as Pirlo’s predecessor Maurizio Sarri found. With Juventus in transition, Serie A has become arguably the most difficult of the major European leagues to predict — not least because the transfer window does not close until October 5, two weeks after the opening fixtures. Inter Milan, who finished one point behind Juve in second place last season, appear to be the most dangerous and obvious challengers to Juve’s dominance if they can overcome the inconsistency which exasperated coach Antonio Conte last season. AC Milan’s Zlatan Ibrahimovic argues with coach Stefano Pioli after his substitution Image Credit: AFP IBRAHIMOVIC INSPIRATION Their neighbours AC Milan are equally intriguing. After years of mid-table mediocrity, the seven-times European champions came to life in the second half of last season, partly inspired by the presence of 38-year-old forward Zlatan Ibrahimovic. Stefano Pioli, their experienced and amiable coach, seemed to have found the right blend of youth and experience — something Milan have been chasing for years — and they were unbeaten for their last 13 matches of the season. Yet most observers agree that none of those three played the best football last season. That honour belonged to Atalanta who blasted 98 goals on their way to finishing third. Although clubs of Atalanta’s size often struggle to keep their team together after a successful season, the Bergamo-based team appear to have escaped that fate. Instead, they have consolidated their position after their Champions League debut last season. Similarly, Lazio were outstanding for part of last season and led the table shortly before Serie A stopped due to the COVID-19 pandemic in March. Their small squad struggled with the heavy fixture list after the break but they still finished fourth as forward Ciro Immobile equalled the Serie A scoring record for a single season with 36 goals. With a few reinforcements, they could launch another challenge this season. Lazio’s neighbours AS Roma, after exchanging one American owner for another following the takeover by the Texas-based Friedkin group, also finished strongly last season under Portuguese coach Paulo Fonseca. Meanwhile, Napoli, who have been Juve’s main challengers for the past decade, overcame a mid-season crisis and finished with a trophy after winning the Coppa Italia. With the feisty Gennaro Gattuso at the helm, they can certainly not be written off. Fixtures SaturdayFiorentina v Torino (8pm), Hellas Verona v Roma (10.45pm)SundayParma v Napoli (2.30pm), Genoa v Crotone (5pm), Sassuolo v Cagliari (8pm), Juventus v Sampdoria (10.45pm)MondayAC Milan v Bologna (10.45pm) 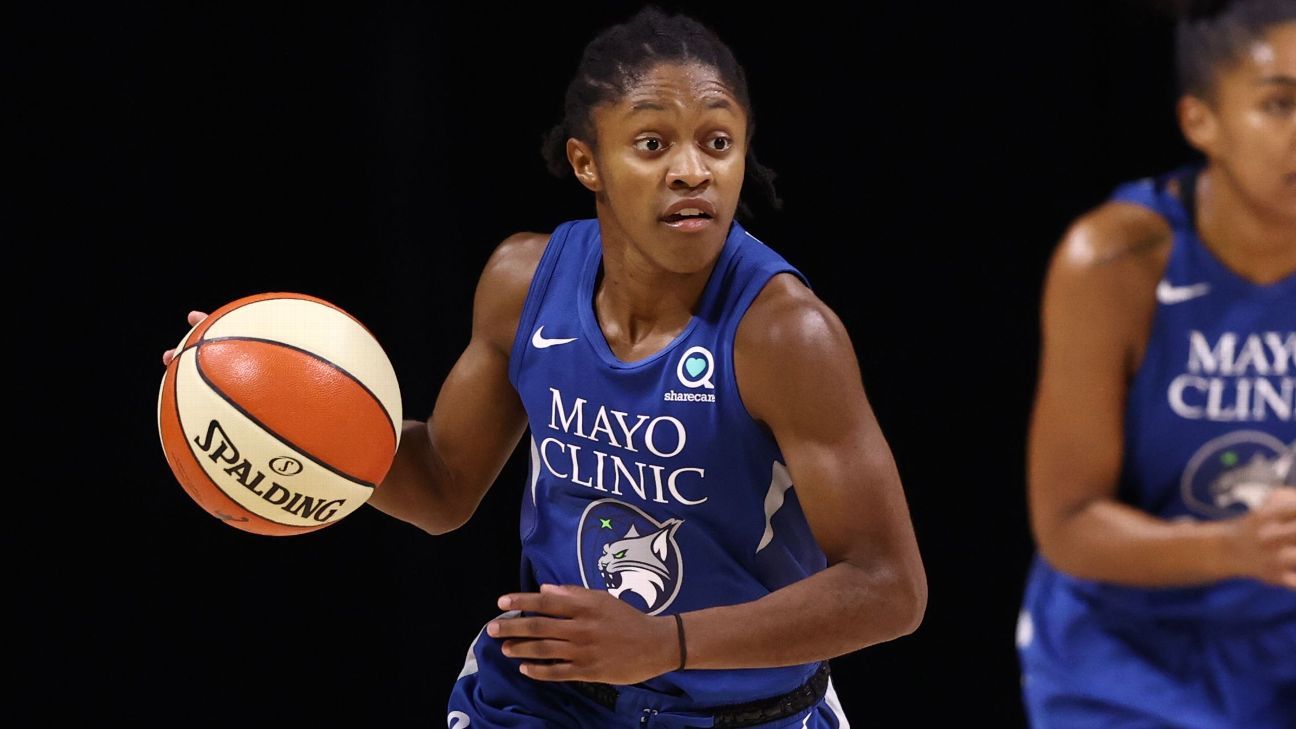 Diana Taurasi and Candace Parker said they both plan to return next season after their teams were eliminated in the second round.