Fewer opportunities to mingle and more in Olympic Village

Tokyo Olympic organisers plan to give away about 150,000 condoms at next month's Games, but are telling athletes to take them home rather than use them in the Olympic village where social distancing rules and coronavirus measures are the top priority.

Things that people should NOT forget about COVID

The second wave of COVID-19 took a massive toll on all of us. Not only did it highlight the poor state of our country's medical infrastructure, but it also called attention to the negligent behaviour of its people, which claimed the lives of many. Now that the number of COVID cases are slowly declining and matters are beginning to stabilize, it is important that we do not stray away from the learnings of the past and continue practicing COVID appropriate behaviour.

Indian men's hockey team captain Manpreet Singh says they will leave no stone unturned to end their four decade-long medal drought at the Tokyo Olympics and has vowed to dedicate the achievement to the country's COVID warriors.

The government has invited bids for delivery of Covid-19 vaccines and drugs to remote areas and those with difficult terrains in select locations of the country by drones to ensure last-mile coverage. 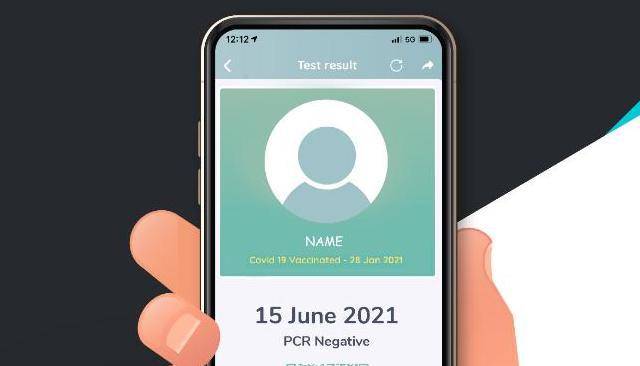 You'd need the pass to gain entry to most public places including malls, cinemas, beaches and parks

Ukraine reports lowest number of coronavirus cases in a year 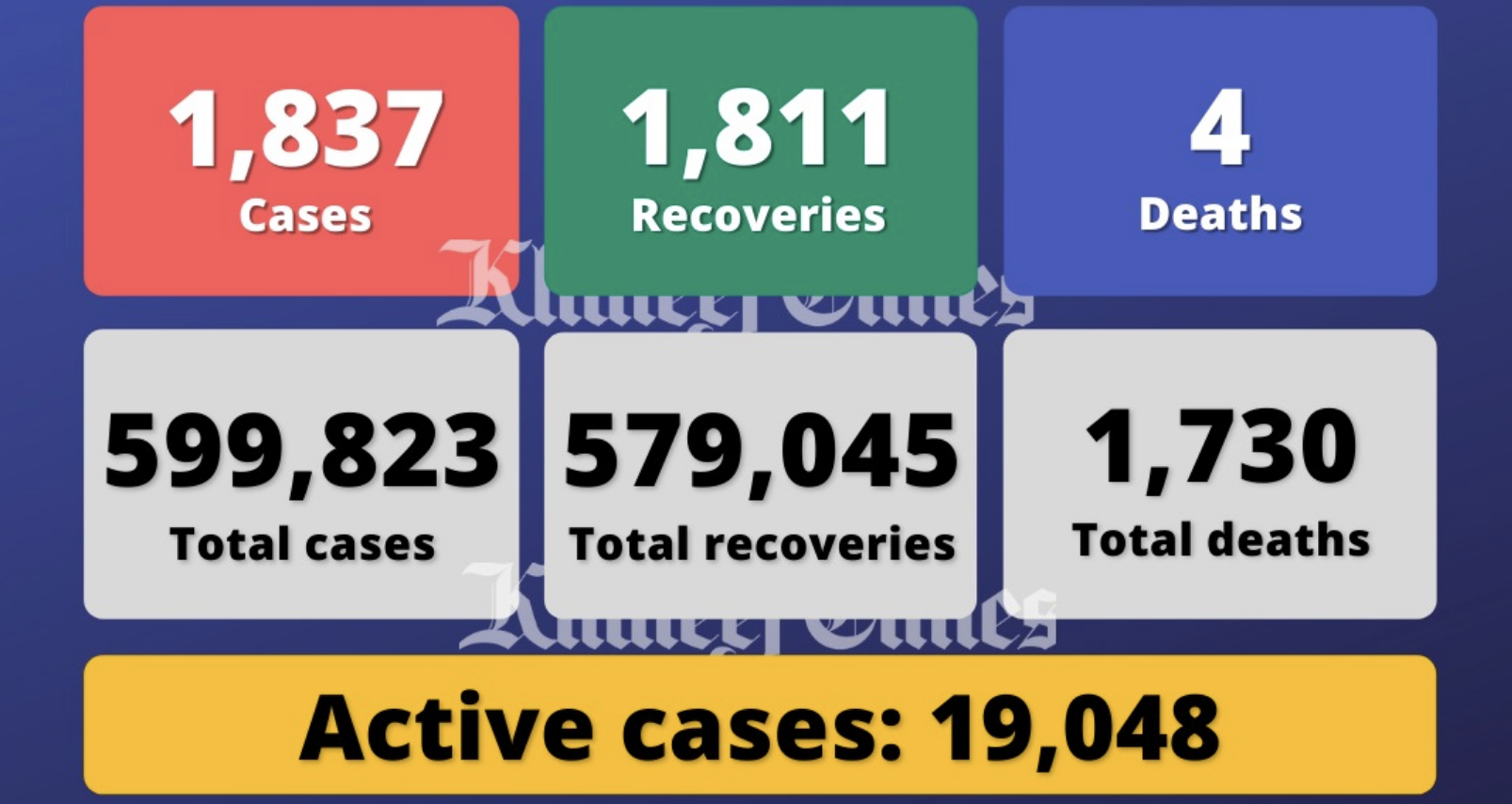 More than 53.3 million PCR tests have been conducted across the country to date. 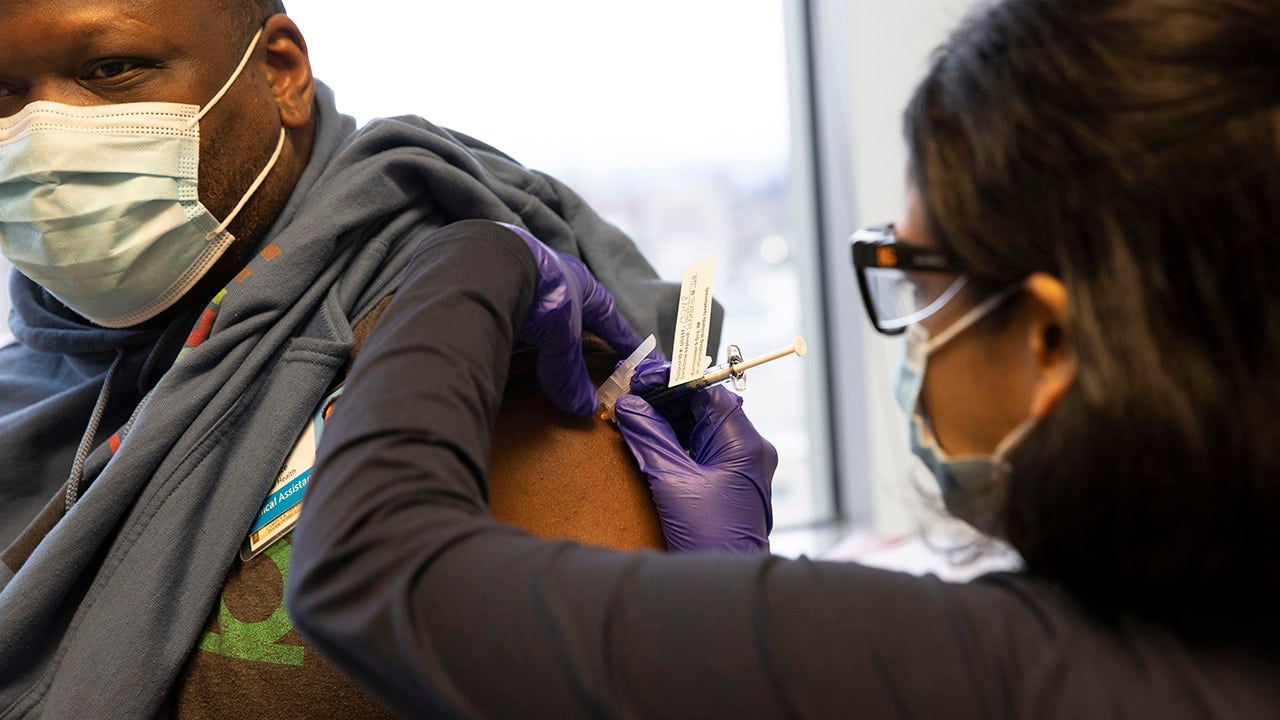 Novavax announced on Monday that its COVID-19 vaccine was found to be over 90% effective overall, and offered 100% protection against moderate and severe disease in a Phase 3 clinical trial. 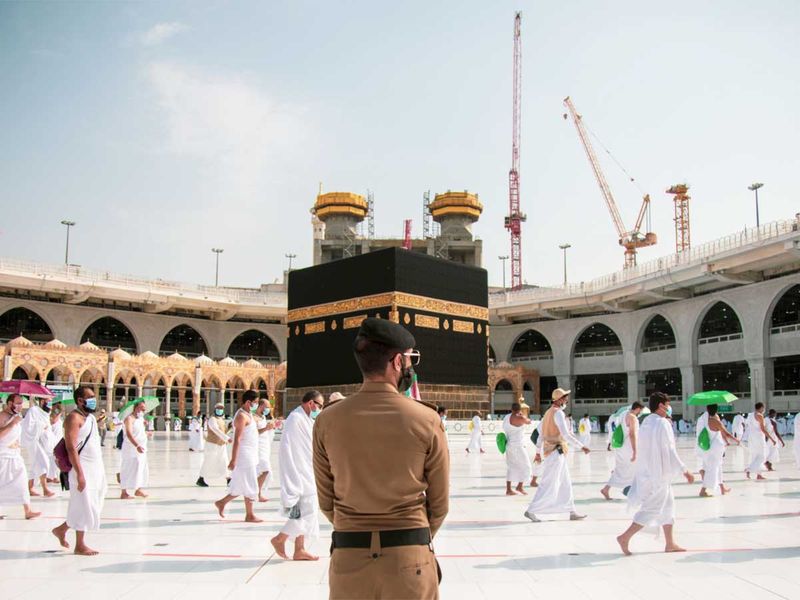 Saudi|: Dubai: Muslim women wishing to perform Haj this year will be allowed to register for the annual pilgrimage 2021 without a male dependent (mahram), local media reported. According to the Kingdom’s Ministry of Haj and Umrah, women signing up for the pilgrimage will be allowed to perform it along with other group of women. Saudi Arabia has restricted this year’s pilgrimage to its citizens and residents already living in the country due to the coronavirus pandemic. The Ministries of Health and Haj announced that a total of 60,000 pilgrims will be allowed to perform the pilgrimage this year, which will begin mid-July. Haj pilgrims must be fully vaccinated. However, those who took one dose of the COVID-19 vaccine at least 14 days before, or those who are vaccinated after recovering from coronavirus infection, will be allowed to register. The Ministry of Haj said the decision has been made “based on the Kingdom’s constant keenness to enable the guests and visitors at the Grand Mosque and the Prophet’s Mosque to perform the rituals of Haj and Umrah,”. 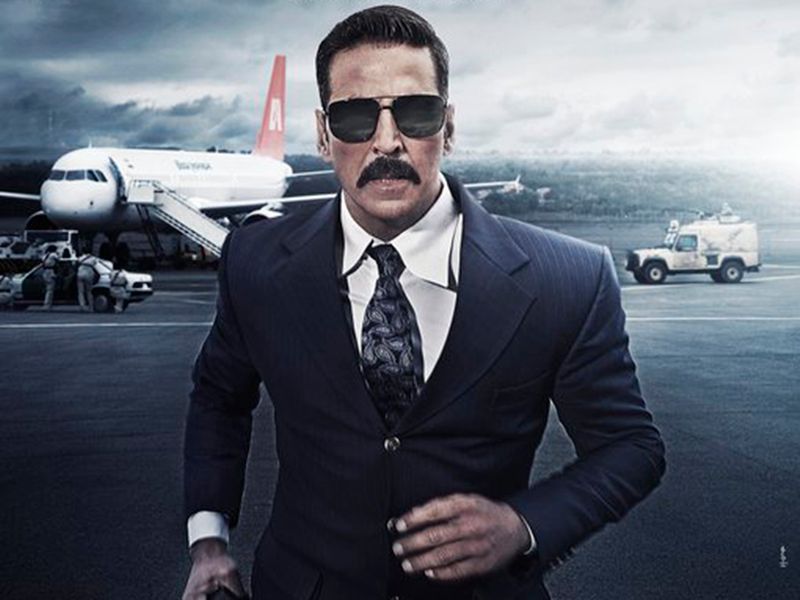 BollyWood|: Pandemic-induced pay cuts may be a reality for many, but Bollywood superstar Akshay Kumar isn’t one of them. On June 14, the bankable actor slammed a news report which claimed that he had reduced his remuneration significantly for his upcoming film ‘Bell Bottom’. In a tweet dripping with sarcasm, he wrote: “What waking up to FAKE Scoops feels like!” To drive home his point, he also shared the link of the article that carried the alleged false news. The news report quoted an industry source claiming that ‘Bell Bottom’ producer Vashu Bhagnani will now cough up Rs300 million lesser than the original actor’s fee. The article quoted an anonymous source and said: “‘Bell Bottom’ was supposed to release in the month of April, however, due to the second wave of Covid-19 pandemic, the release has been deferred. The delay was not accounted for and also resulted in a spike in the budget of ‘Bell Bottom’. Being primarily a film that caters to the tier 1 and 2 cities, Vashu Bhagnani wanted to keep the budget in check and hence, he requested his leading man, Akshay to scale down his acting fees by Rs30 crores, as the rise in budget aside, there looms a lot of uncertainty on the release too. If theatrical, it’s a given that the film wouldn’t earn what it would have in a normal scenario.” The article goes on to comment on how gracious Kumar was to the producer’s request towards slashing fees. But Kumar isn’t buying it and didn’t display any grace when slamming them for wrong reportage. Akshay Kumar and Manushi Chillar, the stars of Prithviraj Image Credit: Instagram/ManushiChillar The self-made actor has always spoken about how bankable he is at the box-office and how he values money more than film awards. He had famously opened up about how several organisers of Bollywood awards had suggested that they would hand over an award if he performed at the event for free. But Kumar was not into barter and preferred to just be paid handsomely for his moves on stage. Earlier in the day, Kumar’s upcoming project ‘Prithviraj’ also ran into trouble with a right-wing group demanding a change in the title as they found it offensive to the Hindu ruler. They wanted the makers to reflect the full name of the revered Hindu emperor. 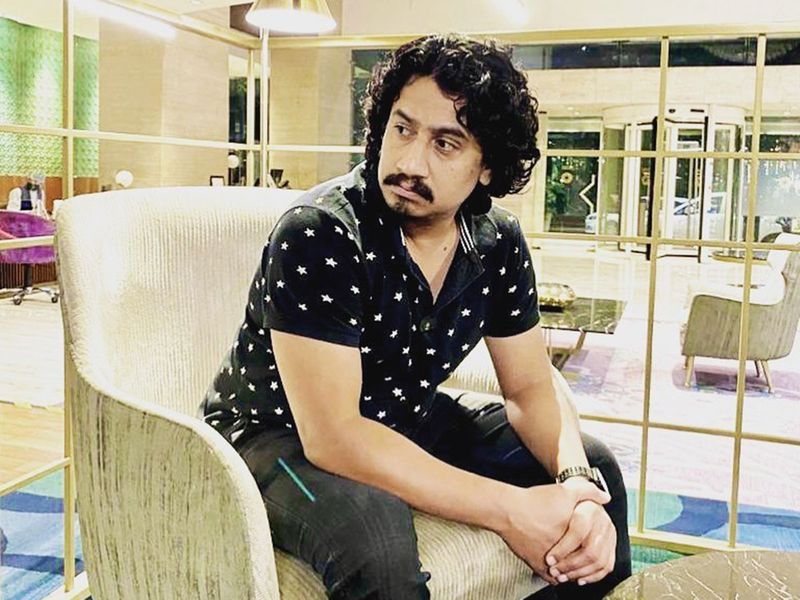 Indian National Award-winning Kannada actor Sanchari Vijay has died in a private hospital in Bengaluru on Monday. On Saturday, he was seriously injured in a bike accident while returning home from a friend's house and was transferred to a hospital in critical condition according to media reports. It was reported that Vijay suffered injuries to the right side of his head and thigh and had to be admitted to the Intensive Care Unit. After undergoing surgery for brain hemorrhage, Vijay was declared brain dead by the doctors. Siddesh Kumar, Vijay's brother, told the media that the family had chosen to donate his organs. “Doctors have informed us that his brain stem has failed and the possibilities of him reviving are very slim. As you all know he always worked for the betterment of society. He even worked round the clock on the relief efforts during the Covid-19 pandemic. So, we have decided to donate his organs. We believe that it will bring him peace. He will continue to help the society even in death. Thanks to everyone who tried to do their best to help him,” the actor’s brother said. Condolences started pouring in for Vijay as soon as the news of his demise was announced. Kannada actor Sudeep took to Twitter to share his condolences. Vijay was honoured with the National Award for his portrayal of a transgender character in the highly acclaimed film ‘Naanu Avanalla...Avalu’. He was last seen in the film ‘ACT 1978’, which was released last year. Vijay’s acting debut was through the 2011 film ‘Rangappa Hogbitna’ and has since appeared in films like ‘Harivu’ and ‘Oggarane’. 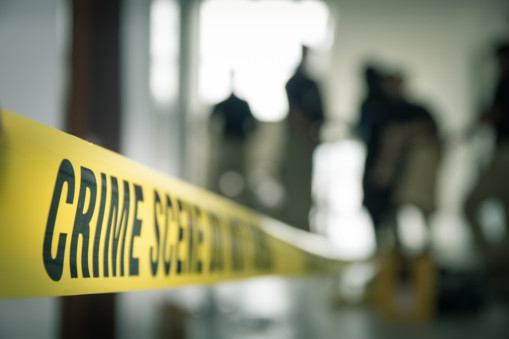 India|: Meerut: Thirteen days after a newlywed woman died, her parents claimed that she had succumbed to Covid. Now, the Meerut police has exhumed her body and pressed murder charges against her family. This was done on Sunday on the basis of a complaint lodged by her husband. Farmaan, 30, has alleged that Saina was killed by her family members because she had married against their wishes. Saina, 27, a resident of Lisadi gate, got married to Farmaan and they got their marriage registered on May 17. Saina died under mysterious circumstances on the night of May 31. Farmaan claims he was told by his in-laws that Saina complained of stomach ache and later succumbed to it. However, recently, he was tipped-off that his wife could have been killed by her parents who were unhappy with the marriage. In his complaint, Farmaan said he is in possession of an audio recording which is ‘testimony to the torture of his wife when the first attempt was made to kill her.’ A case of murder, disappearance of evidence and criminal conspiracy was registered against six named accused, including the father and uncle of Saina at Lisadi Gate police station. Arvind Chaurasia, circle officer of Meerut Kotwali, said, “As evidence, we have also received an audio recording but we are yet to ascertain its authenticity. We will take further action based on the findings of the post-mortem report.” 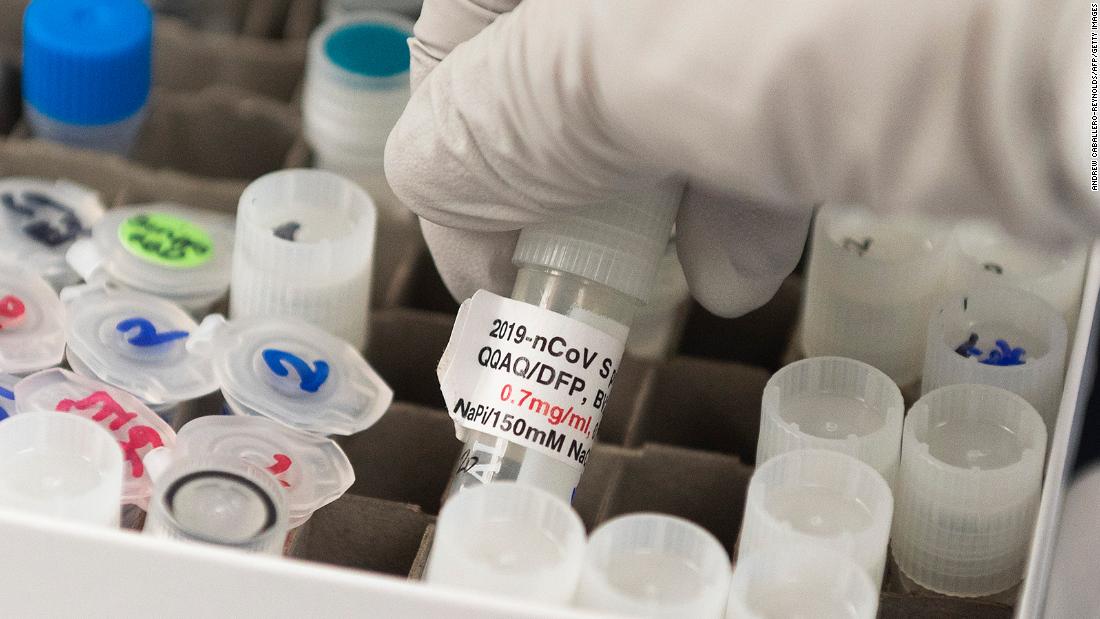 The American biotechnology company Novavax announced on Monday that its coronavirus vaccine candidate was found to have an overall efficacy of 90.4% in a Phase 3 trial conducted across the United States and Mexico. 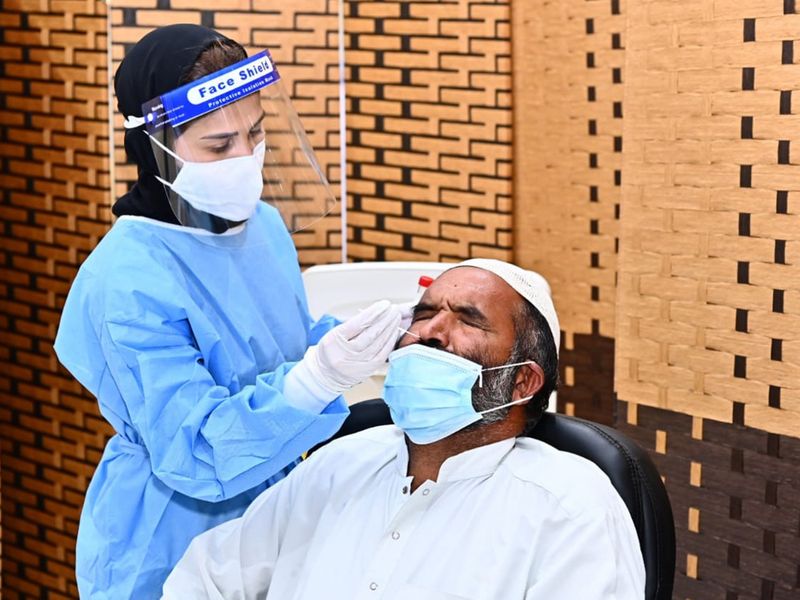 Health|: Abu Dhabi: The UAE on Monday reported 1,837 new COVID-19 cases, four deaths and 1,811 recoveries over the past 24 hours. According to the Ministry of Health and Prevention, the latest cases were detected after conducting 237,439 PCR tests across the country. This brings the total infections in the country to 599,823 and death toll to 1,730, while the recovery tally has now climbed up to 579,045. The ministry expressed its regret and sincere condolences to the families of the deceased and wished swift recovery to the patients. It appealed to community members to cooperate with health authorities, adhere to precautionary measures and abide by social distancing for everyone’s health and safety.

Health|: Abu Dhabi: The UAE on Monday reported 1,837 new COVID-19 cases, four deaths and 1,811 recoveries over the past 24 hours. According to the Ministry of Health and Prevention, the latest cases were detected after conducting 237,439 PCR tests across the country. This brings the total infections in the country to 599,823 and death toll to 1,730, while the recovery tally has now climbed up to 579,045. The ministry expressed its regret and sincere condolences to the families of the deceased and wished swift recovery to the patients. It appealed to community members to cooperate with health authorities, adhere to precautionary measures and abide by social distancing for everyone’s health and safety.