Canada's Denis Shapovalov has decided not to compete at the Tokyo Olympics due to the ongoing COVID-19 pandemic, the world number 12 said on Monday.

Georginio Wijnaldum scored a second-half double as the Netherlands defeated North Macedonia 3-0 to keep their perfect record on their way to the European Championship knockout stages on Monday.

Euro 2020: Austria advance to last 16 with win over Ukraine

Christoph Baumgartner’s first half goal sealed a slice of history for Austria as they defeated dismal Ukraine 1-0 on Monday to finish runners-up in Group C and seal a first ever place in the last 16 of the European Championship.

England players Chilwell, Mount in isolation after contact with Gilmour

England players Ben Chilwell and Mason Mount are self-isolating after coming into contact with Scotland midfielder Billy Gilmour, who tested positive for COVID-19 earlier on Monday, the Football Association said in a statement. "The pair will be kept away from the rest of the England players and wider support team," the statement added.

I don't think I would be alive if I grew up in UK: Michael Holding

The fieriness in his youth would have cost him his life if he grew up in England, feels fast bowling great Michael Holding who has also become a leading voice against racism. "I don't think I would be alive today. As a young man I was a bit fiery. I kicked a stump out of the ground in New Zealand (1980) so can you imagine me going through what Ebony went through?" he said. 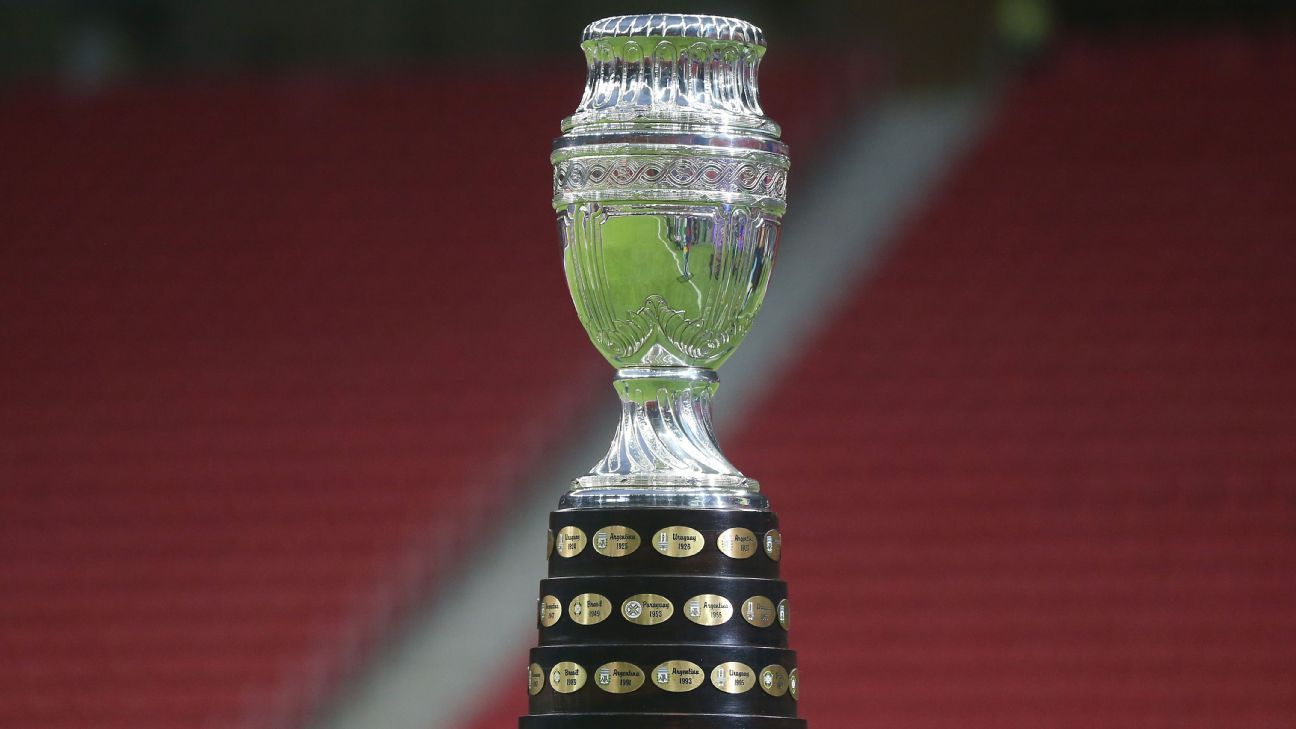 There were 140 known COVID-19 cases at the Copa America in Brazil on Monday, up from 66 positive tests on Thursday.

Jon Rahm officially reclaimed the No. 1 spot in the Official World Golf Rankings on Monday, a day after the Spaniard claimed his first major title at the U.S. Open. 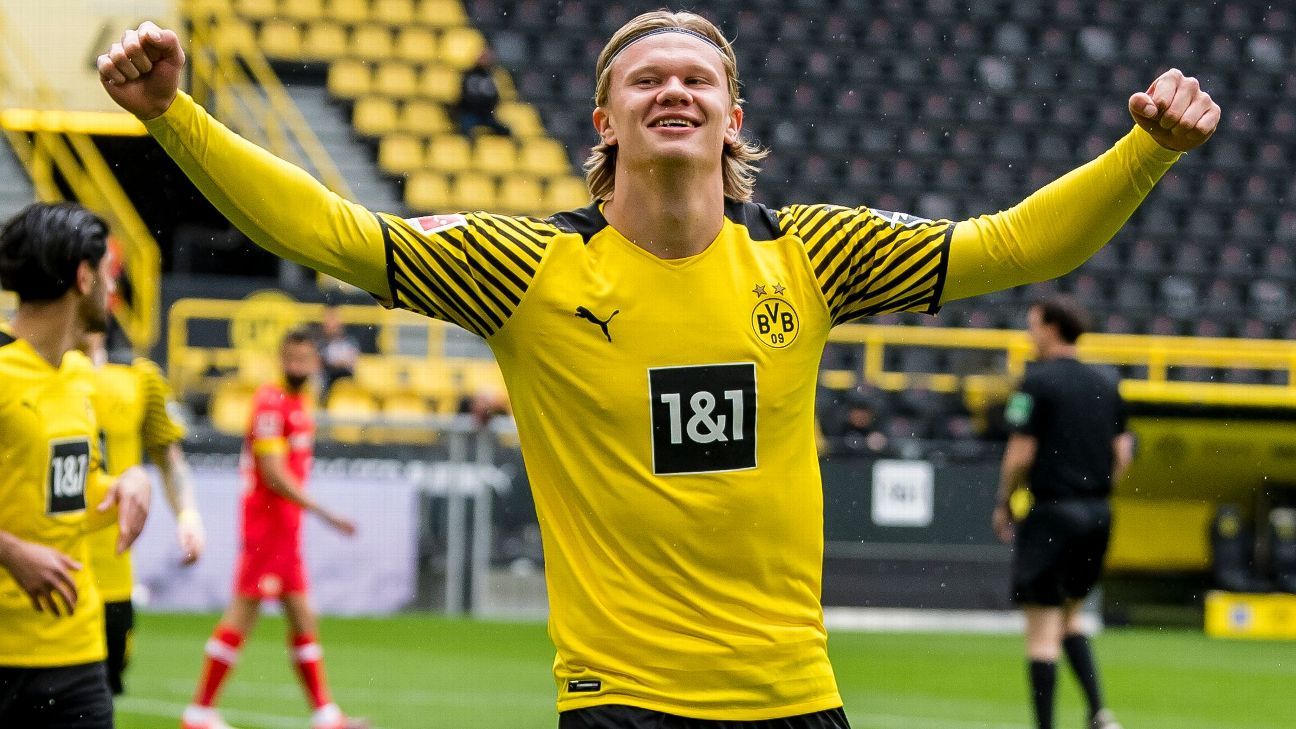 When it comes to teams seeking a striker, Euro 2020 is boosting Haaland's profile even further. 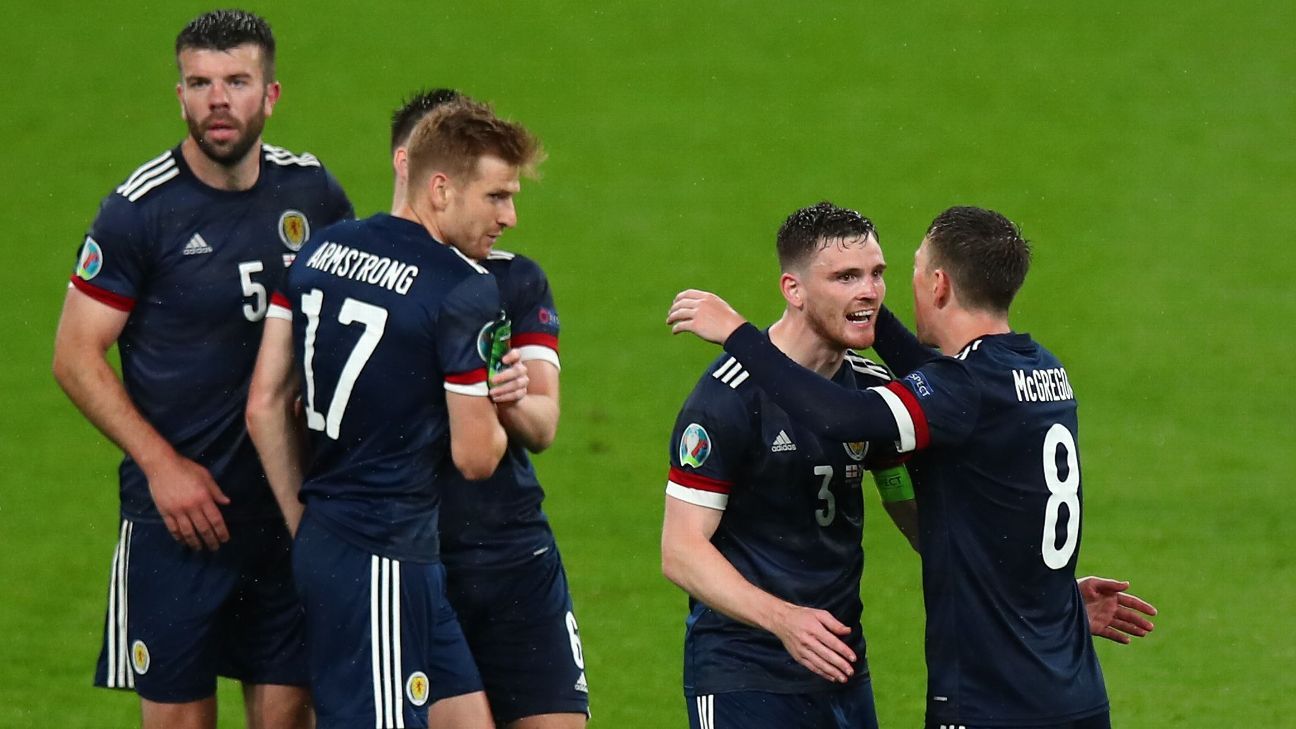 What all teams need to qualify from the group stage

The Euro 2020 group stage is coming to a close. Here's how every nation can make the knockout rounds.

Manchester City have made a bid of 100 million pounds (138 million dollars) to Tottenham for England captain Harry Kane, according to reports on Monday. Kane, 27, has publicly expressed his desire to add trophies to his excellent goalscoring record and is believed to be keen on a move away from his boyhood club this summer.

Unlikely to play remainder of IPL if it clashes with England series: Buttler

England batsman Jos Buttler has insisted that playing for his country will take "precedence" if the Indian Premier League (IPL) clashes with any international cricket.

England batsman Jos Buttler has insisted that playing for his country will take "precedence" if the Indian Premier League (IPL) clashes with any international cricket.

Indian wrestlers Vinesh Phogat, Bajrang Punia, Deepak Punia and Ravi Kumar were on Monday seeded in their respective categories for the Tokyo Olympics in July-August. 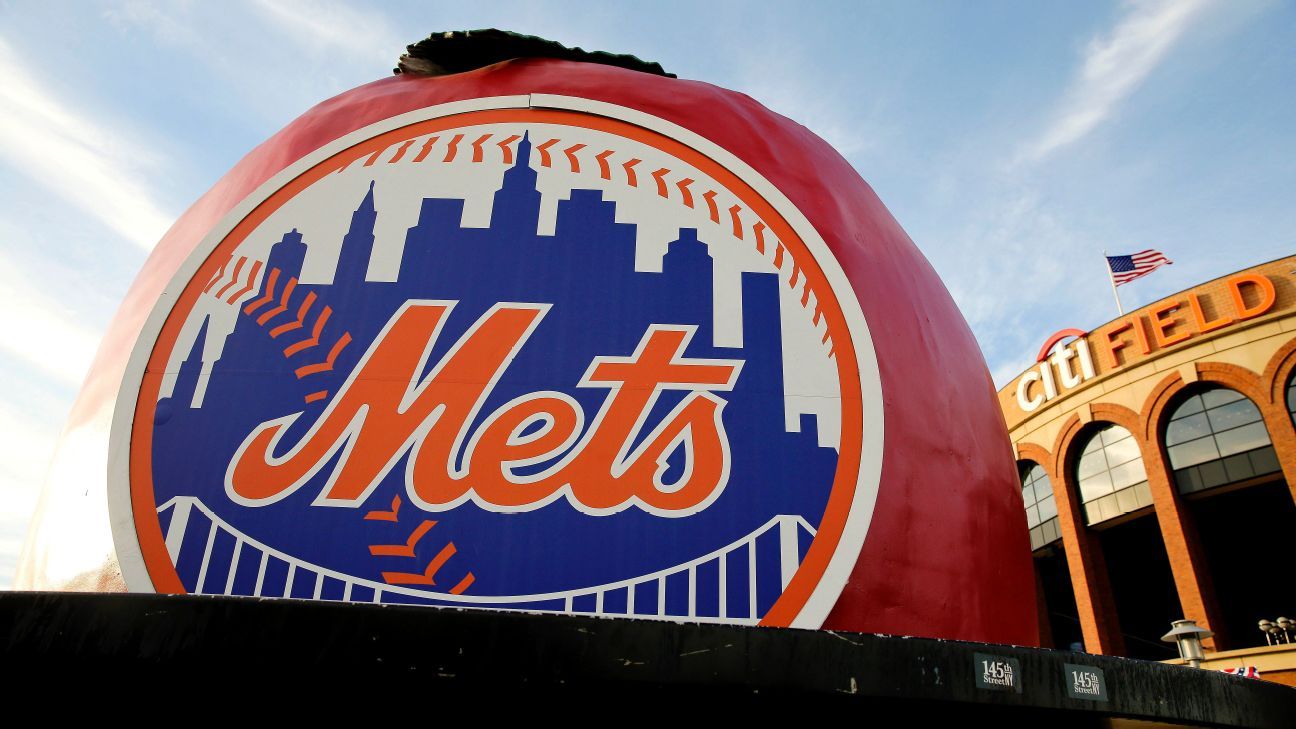 The New York Mets have fired two high-ranking employees and will overhaul their legal and human resources departments after an independent review of the organization. 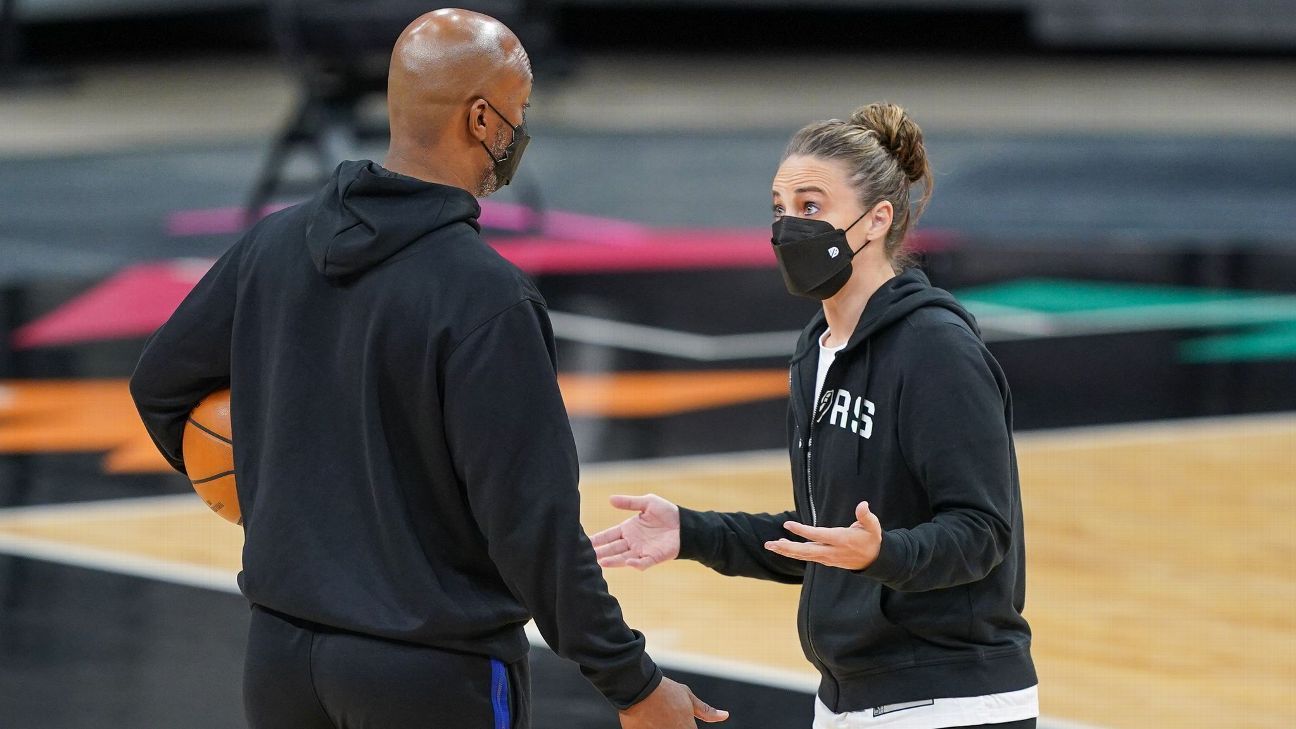 Chauncey Billups and Becky Hammon are among those who have advanced to second interviews in the Trail Blazers' search for a head coach, while Mike D'Antoni also remains in the mix for the job, sources told ESPN. 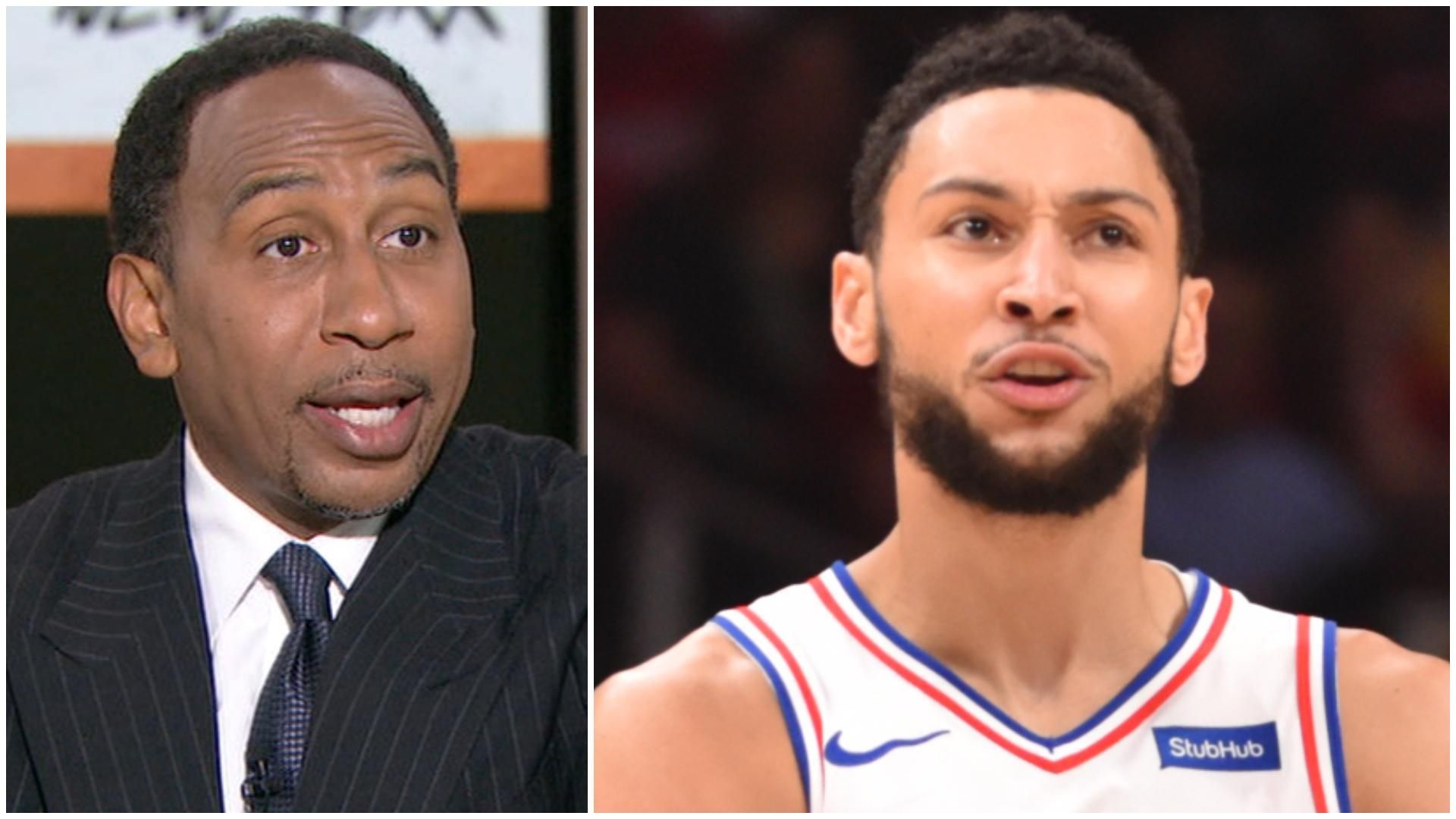 Rivers: 76ers have plan to help out Simmons

The 76ers have a plan to address Ben Simmons' shooting woes that will involve doing "the right work" and doing it "the right way," coach Doc Rivers said Monday.

Football|: St Petersburg, Russia: Belgium beat Finland 2-0 on Monday to finish top of Euro 2020 Group B and leave the Finns third in the standings with only a slim chance of making the last 16. A second-half own goal by Finland goalkeeper Lukas Hradecky and a strike by Romelu Lukaku secured Belgium’s third successive win. Hradecky fumbled in a ball that had hit his left post, giving Belgium a 1-0 lead in the 74th minute. Lukaku added the second after having another effort disallowed having been judged offside. Belgium will face one of the third-placed sides in Seville on June 27. Denmark, second in Group B after their 4-1 win over Russia on Monday, will play Wales in Amsterdam on June 26. Finland must wait to see if they qualify for the knockout stages.

Football|: Copenhagen: Despair turned to exhilaration for Denmark as they claimed an astonishing 4-1 victory over Russia to scramble into the last 16 of Euro 2020 on a wonderful night in Copenhagen on Monday. Needing a victory to have any chance of progression, Mikkel Damsgaard lit the touchpaper with a 38th-minute wonder goal on a head-spinning night in the Parken Stadium. A dreadful mistake by Russia’s Roman Zobnin allowed Yussuf Poulsen to double the lead on the hour. Russia threatened a comeback when Artem Dzyuba converted a 70th minute penalty but Andreas Christensen’s screamer made it 3-1 before Joakim Maehle completed the rout. It was only half the story though as Denmark’s fate was never in their own hands and they were still indebted to Belgium who beat Finland 2-0 in St Petersburg. Having lost their opening two games in the wake of Christian Eriksen’s cardiac arrest in the opener against Finland, Denmark went through as runners-up and will face Wales next. Belgium finished top of Group B with a maximum nine points with Denmark, Finland and Russia all on three points but with the Danes ahead on goal difference. Other than a Pierre-Emile Hojbjerg shot that fizzed wide early on, Denmark were struggling to make much headway against a disciplined Russia side for whom Alexander Golovin could have opened the scoring after a weaving run. With no margin for error in their quest to stay in the tournament, there was a tension about Denmark’s play and Russia had turned down the volume of the fervent home support. But that all changed with a moment of magic from Damsgaard, Eriksen’s replacement, in the 38th minute. Receiving a pass from Hojbjerg, he took a silky touch with his left foot and opened his body to swerve a majestic shot beyond Russia keeper Matvei Safonov. If Denmark’s opener was sublime, then their second on the hour mark was ridiculous. Zobnin inexplicably played a pass back towards his keeper without looking and Poulsen completed the simplest of tasks to score. Denmark were rampant but in the space of seconds everything went flat as Russia were awarded a penalty after Jannik Vestergaard fouled Alexander Sobolev -- and giant striker Dzyuba thumped the ball past Kasper Schmeichel to revive Russian hopes. As news drifted through that Belgium had taken the lead against Finland, the mood turned to jubilation as Christensen and Maehle completed a sensational evening. 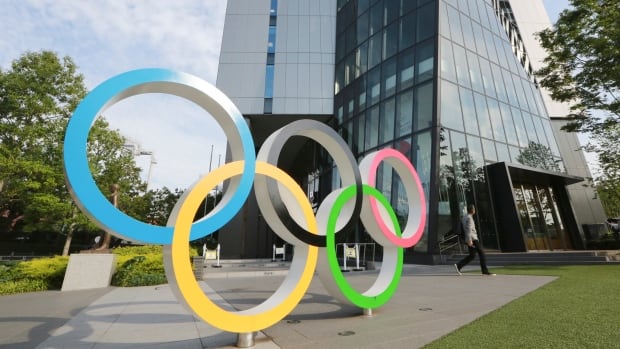 Sports/Olympics: Canadians share their opinions after organizers announced they will allow a limit of 10,000 local fans in Olympic venues. 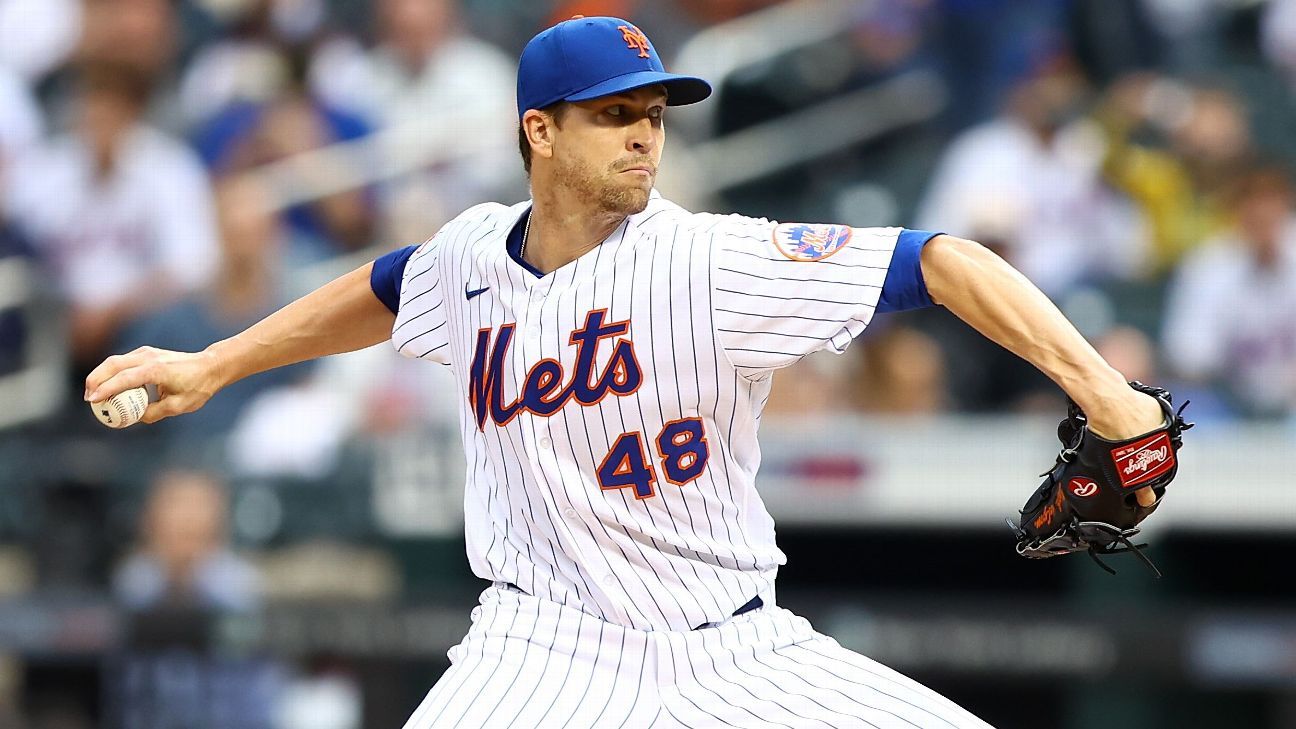 New York Mets ace Jacob deGrom has been cleared to start the opener of New York's doubleheader Monday against the Atlanta Braves after dealing with right shoulder soreness.