Indian shuttlers had a good day in office at the Swiss Open BWF Super-300 tournament in Basel on Wednesday.

Pujara fit to open, Gill/Rohit at No. 3: Surinder Amarnath

Surinder Amaranth, the oldest of the three Amaranth brothers and son of former India captain Lala Amarnath, feels cricket has changed considerably from his playing days.

The ATP announced Wednesday it will prolong its rankings freeze and increase prize money at lower-level tournaments as part of a package of measures to help players affected by the Covid-19 pandemic.

James Bond said he was thrilled and seven-times Super Bowl champion Tom Brady threw in support from afar as Aston Martin showed off their first Formula One car in 61 years on Wednesday.

Six-time world champion MC Mary Kom (51kg) was assured of a medal in her first competitive outing since qualifying for the Olympics last year when she entered the semifinal of the Boxam International Tournament in Castellon, Spain on Wednesday.

Six-time world champion MC Mary Kom (51kg) was assured of a medal in her first competitive outing since qualifying for the Olympics last year when she entered the semifinal of the Boxam International Tournament in Castellon, Spain on Wednesday.

Indian tennis star Sania Mirza and her Slovenian partner Andreja Klepac sailed into the women's doubles semifinals of the Qatar Open with a straight sets win over their rivals on Wednesday. Sania and Andreja made short work of fourth seeds Anna Blinkova and Gabriela Dabrowski 6-2, 6-0 to reach the last four round.

Daniil Medvedev became the latest big name to fall in the first round of the Rotterdam ATP after losing in straight sets 7-6 (7/4), 6-4 to Dusan Lajovic.

All available for selection: Root downplays illness in England camp

England skipper Joe Root on Wednesday revealed that an illness hit the touring party earlier this week but all members of the squad trained ahead of the fourth Test against India here and are available for selection.

England skipper Joe Root on Wednesday said the pitch for the fourth and final Test against India looks very similar to the one on which his team was decimated in the third game but the visitors have learnt their lessons to be ready for the challenge starting Thursday.

India skipper Virat Kohli likes to spend quality time at the nets before a game and he was seen putting in the hard yards on Wednesday as he geared up to take the field against England in the fourth and final Test, starting Thursday.

A century from skipper Sean Williams coupled with destructive pace bowling from Blessing Muzarabani and Victor Nyauchi led Zimbabwe to a rapid 10-wicket win over Afghanistan in the first Test in Abu Dhabi on Wednesday.

Japan's government will decide whether to let overseas spectators attend the Summer Olympics in Tokyo by the end of March, Olympics Minister Tamayo Marukawa said on Wednesday.

Sports/Olympics/Winter Sports/Curling: A capsule look at the 18 teams competing in the March 5-14 Canadian men's curling championship in Calgary

England hit by sickness bug, could be diarrhoea

Changing weather in Ahmedabad has struck the English camp which has been hit by a sickness bug ahead of the fourth and final Test that begins at the Narendra Modi Stadium here from Thursday. 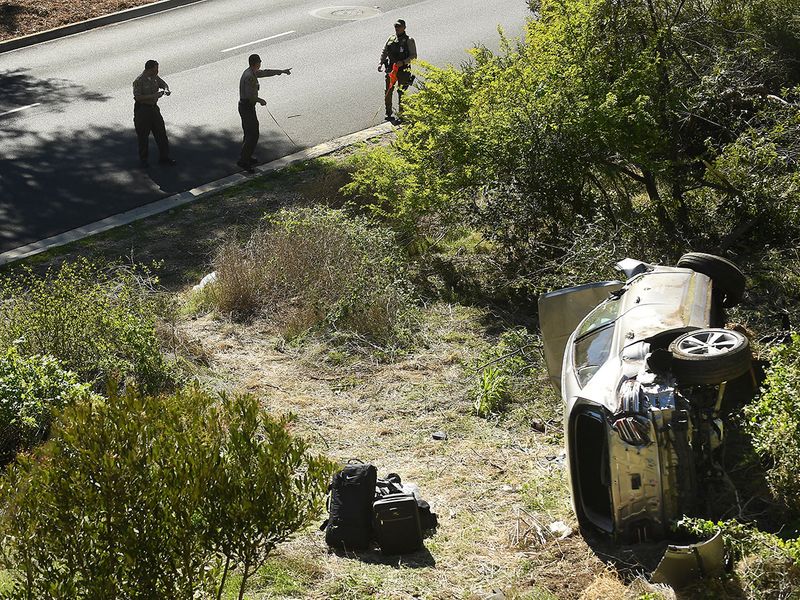 Golf|: Los Angeles: Detectives are looking at data from the so-called "black box'' of Tiger Woods' SUV to get a clearer picture of what occurred during the Southern California rollover crash last week that seriously injured the golf star, authorities said Wednesday. The Los Angeles County Sheriff's Department said traffic investigators executed a search warrant Monday to retrieve the data from the device from the Genesis SUV that Woods was driving. There was no information regarding what was found in the black box, Deputy Trina Schrader said in a statement. The 2021 GV80, made by the Hyundai luxury brand, is likely to have a newer version of event data recorders nicknamed "black boxes'' after more sophisticated recorders in airplanes. They store a treasure trove of data for authorities to review. Woods suffered a serious leg injury when the SUV he was driving went off a Los Angeles County road and rolled over on a downhill stretch known for crashes. Sheriff Alex Villanueva said Woods was not drunk and was driving alone in good weather when the SUV hit a raised median, went across oncoming lanes and rolled several times. The crash injured his right leg, requiring surgery. USA TODAY first reported the search warrant.

Olympic-bound Indian boxer Manish Kaushik (63kg) advanced to the quarterfinals of the Boxam International Tournament with a facile opening round win in Castellano, Spain. The world championship bronze-medallist defeated Spaniard Ammari Raddouane 5-0 on Tuesday night to make the last eight, where he will be up against Kazakhstan's Sufiullin Zakir a two-time Asian silver-winner.

Arsenal boss Mikel Arteta has said he is fully focused on improving results at Arsenal amid speculation linking him with Barcelona -- but the Spaniard is yet to hold talks over a new deal to extend his stay at the Emirates Stadium.

Joe Altobelli, who guided the 1983 Orioles to a World Series title in addition to managing the Giants and Cubs, has died at the age of 88, it was announced Wednesday.

Sania and Klepac in semifinals

Tennis: Sania Mirza and Andreja Klepac of Slovenia stormed into thesemifinals with a 6-2, 6-0 victory over fourth seeds Anna Blinkova of Russia and Gabriela D